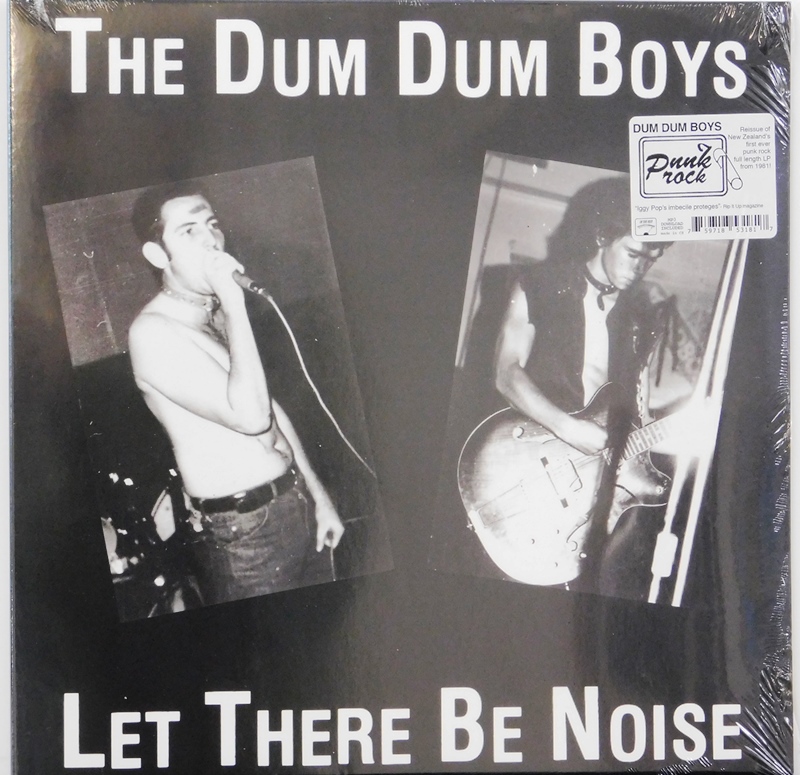 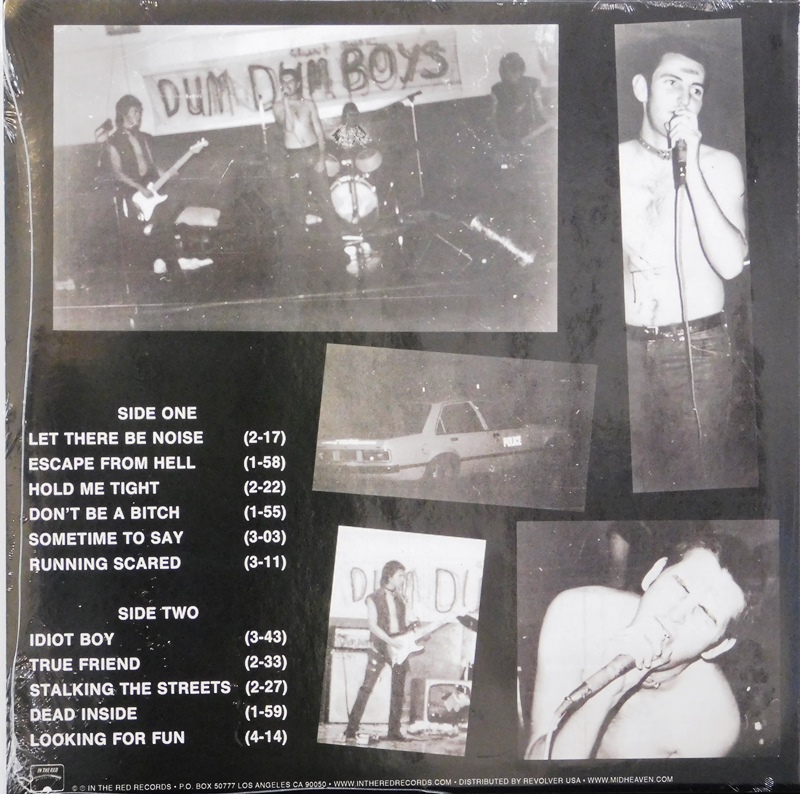 Let There Be Noise

West Auckland blue-collar punks The Dum Dum Boys copped their name from a David Bowie song and their sound and attitude from The Stooges and first wave American punk.

Their early Auckland shows at the Windsor Castle and XS Café were messy and memorable enough to prompt music journalist Colin Hogg to label them, “Iggy Pop’s imbecile protégés".

Stacking up a lot of original songs, the prolific punks decided to capture their songs in demo form to play to venue bookers, and in early 1980, key members Anthony Norman (guitar) and singer Tony Collins went in to tape four originals at Harlequin Studios in Auckland. They didn’t stop until they had their first album – the raw nerve Let There Be Noise – released in August 1981. It was the first complete punk rock album by a New Zealand group. A series of often-violent West Auckland hall shows followed.

An unreleased second album Death or Glory was recorded, but with no shows and recognition sparse, the determined duo changed their name, but not their sound, becoming The Henchmen in late 1982.