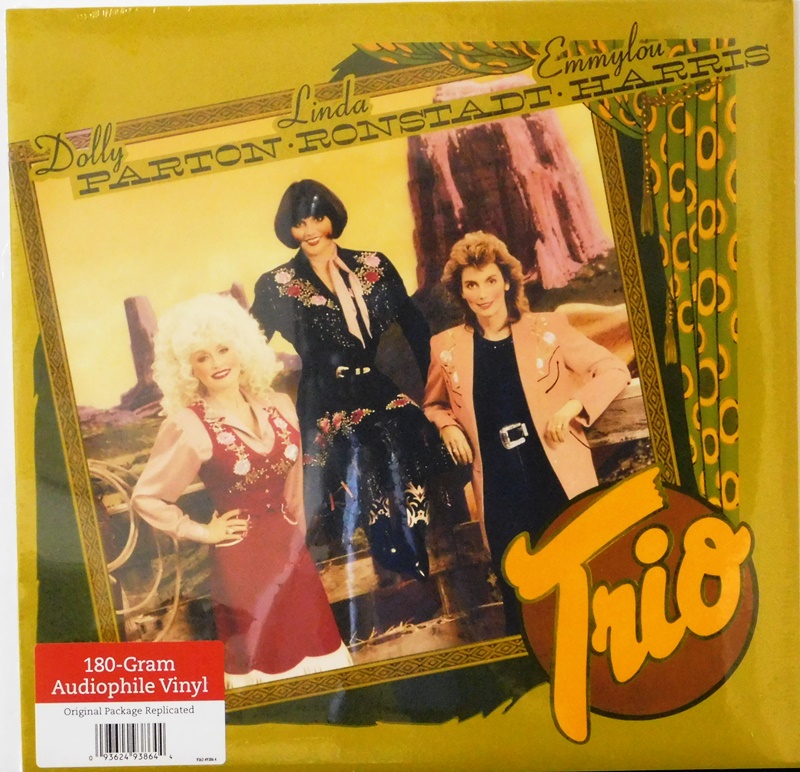 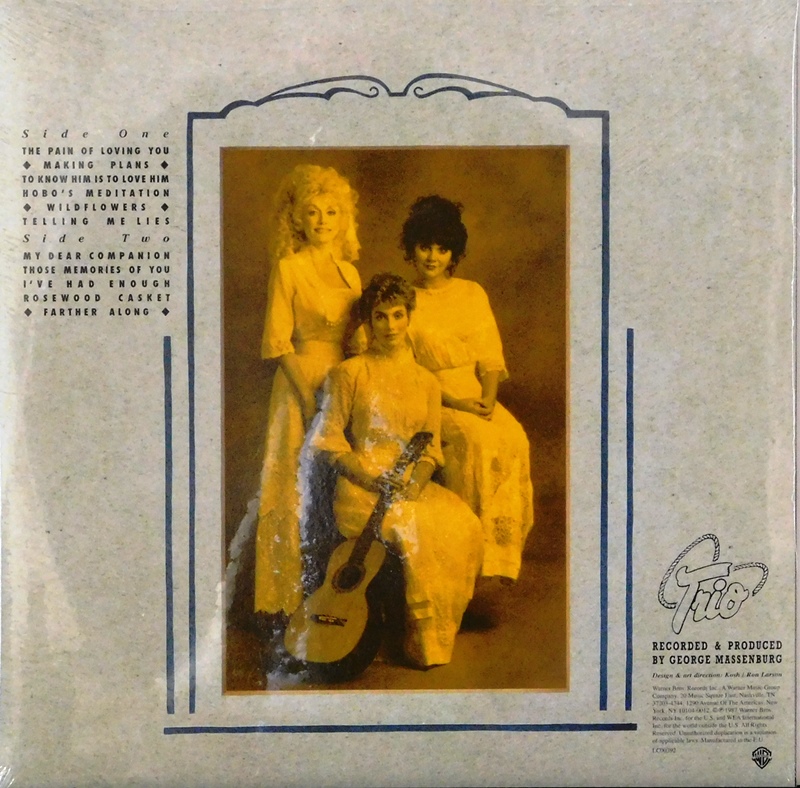 Trio is the first collaborative studio album by Dolly Parton, Emmylou Harris and Linda Ronstadt. It was released on March 2, 1987, by Warner Bros. Records.[1] The album has sold over 4 million copies worldwide and has also received several accolades.

Longtime friends and admirers of one another, Parton, Harris and Ronstadt first attempted to record an album together in the mid-1970s, but scheduling conflicts and other difficulties (including the fact that the three women all recorded for different record labels) prevented its release.[2] Some of the fruits of those aborted 1970s recording sessions did make it onto the women's respective solo albums.[2] "Mr. Sandman" and "Evangeline" appeared on Harris' album Evangeline and Parton's "My Blue Tears" was included on Ronstadt's 1982 album Get Closer.  Rodney Crowell's "Even Cowgirls Get the Blues" was on Harris' Blue Kentucky Girl album. "Palms of Victory," another track from the aborted 1970s sessions, was included on the Harris' 2007 box set Songbird: Rare Tracks and Forgotten Gems. Parton and Ronstadt also recorded a version of the traditional ballad "I Never Will Marry", which appeared on Ronstadt's 1977 Simple Dreams album, though that was recorded separately from these sessions, as was Ronstadt's cover of Hank Williams' "I Can't Help It (If I'm Still in Love with You)", from Heart Like a Wheel, on which she was joined by Harris. During this time, Ronstadt and Harris also covered a number of Parton's compositions—Harris covered "Coat of Many Colors" and "To Daddy", and Ronstadt recorded "I Will Always Love You"—for inclusion on their various solo albums during the mid- to late-1970s. Parton, in turn, covered Harris' "Boulder to Birmingham", including it on her 1976 album, All I Can Do.

Finally a collaboration effort came to fruition, being produced by George Massenburg. When Trio was released in March 1987, it spawned four hit singles–including a remake of Phil Spector's 1958 hit by the Teddy Bears, "To Know Him Is to Love Him".