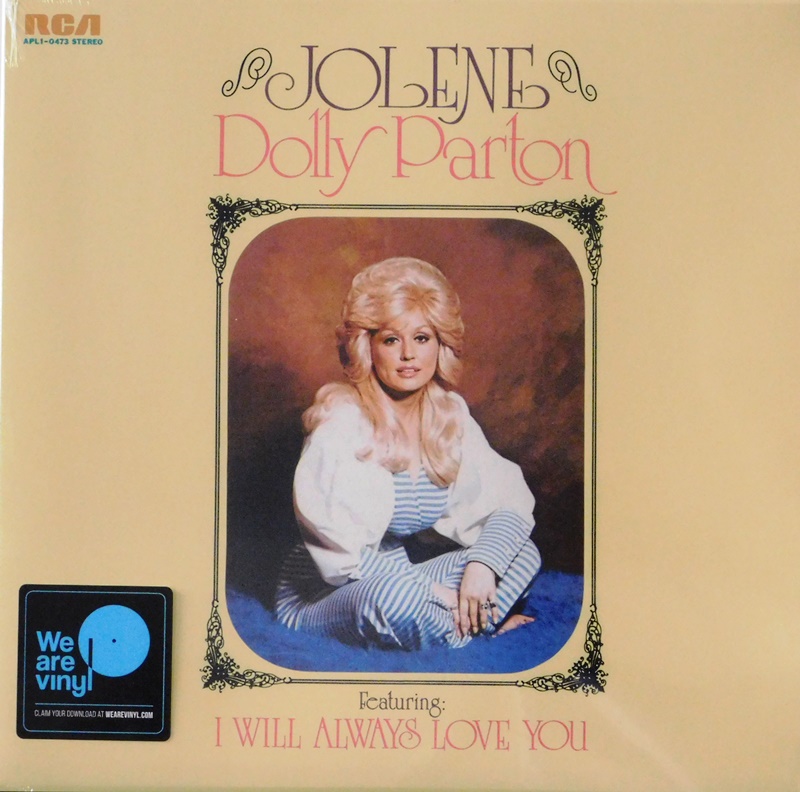 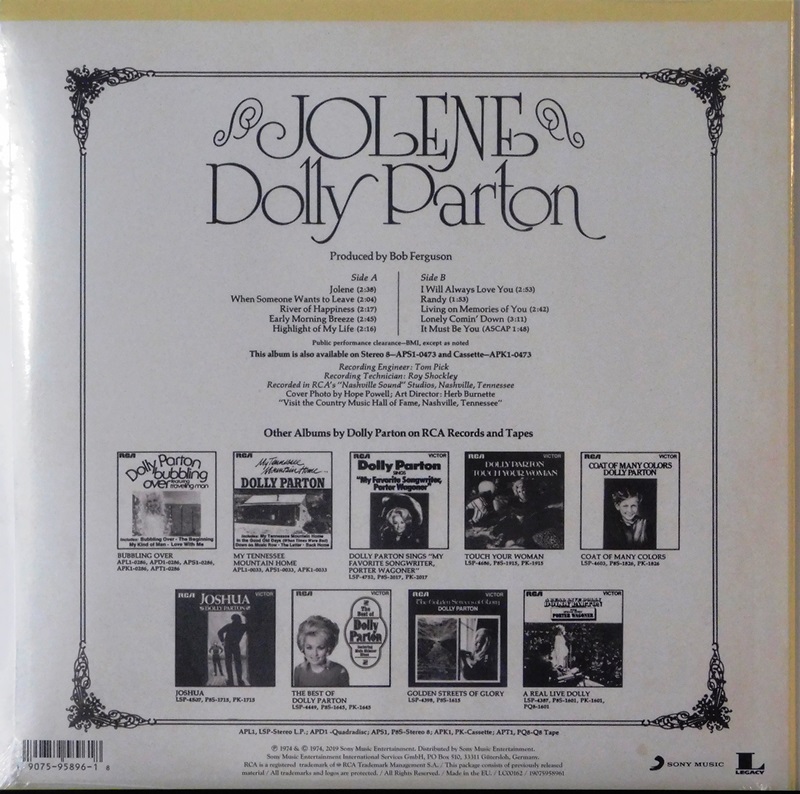 Jolene is the thirteenth solo studio album by Dolly Parton. It was released on February 4, 1974, by RCA Victor. The title track, "Jolene", tells the tale of a housewife confronting a beautiful seductress who she believes is having an affair with her husband. It became Parton's second solo number-one country single; it also was a moderate pop hit for her, and also did well in the United Kingdom. Since downloads were introduced to the Official Chart in 2005, it’s amassed 255,300 downloads – and 6.68 million streams.[5] It has been covered by numerous performers.

The album was released around the time Parton was embarking on a solo career, after having spent seven years as part of Porter Wagoner's weekly TV series and road show, and one of the album's songs, "I Will Always Love You", was reportedly written to express the remorse Parton felt over the professional breakup. Released as the album's second single, it also became a number-one country single.

"Early Morning Breeze" is a re-recording of a song which previously appeared on 1971's Coat of Many Colors. "Lonely Coming Down" had first appeared on Parton's Wagoner tribute album, My Favorite Songwriter, Porter Wagoner, from 1972.

Another re-issue was released in conjunction with Dolly's 2007 European Tour along with two other older out-of-print albums. This re-issue included additional previously unreleased songs.