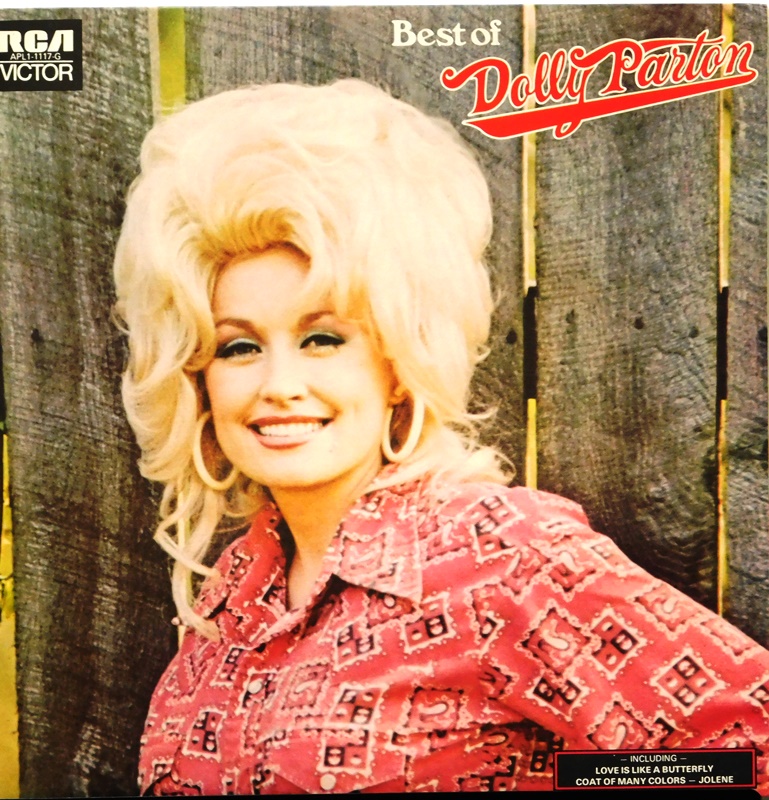 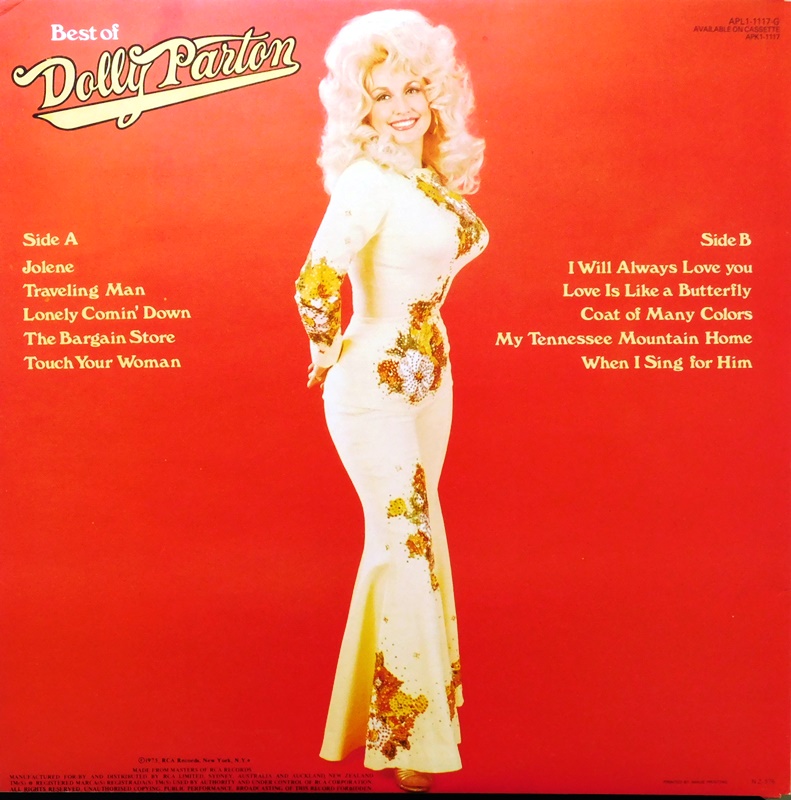 Best of Dolly Parton was a 1975 compilation album of Dolly Parton's early 1970s work that has long been regarded by critics as the definitive representation of Parton's most influential period.  The album reached # 5 on the U.S. country albums chart, and contained the title tracks to the previous six Parton albums, as well as the tracks "I Will Always Love You" and "Travelin' Man".

The album's original release included an 11 x 20" poster of the album cover inside the disc slip. The album's back cover features a large photograph of Parton in a yellow jumpsuit, a rare photograph picture from the period playing up Parton's curves and bust.

The original album was a gatefold design with an additional photo of Parton and the printed song lyrics in the inner section (including an additional final verse to "Coat of Many Colors" that is not included in the recorded version). For unknown reasons, when the album was reissued on CD in the 1990s, the inner gatefold photo was used on the outer cover, rather than the cover photo of the original album release. The order of some of the songs on the reissue was changed as well.

Eight of the ten songs were self-penned, major country hits for Parton, the gospel song "When I Sing for Him", written by Porter Wagoner, was released as a single but did not chart. "Lonely Comin' Down", also by Wagoner, was never issued as a single (though this same recording was included on two different studio albums: 1972's My Favorite Songwriter: Porter Wagoner, and 1974's Jolene).

The album is credited as "Produced and arranged by Porter Wagoner", although Bob Ferguson was credited as producer on the respective original albums.