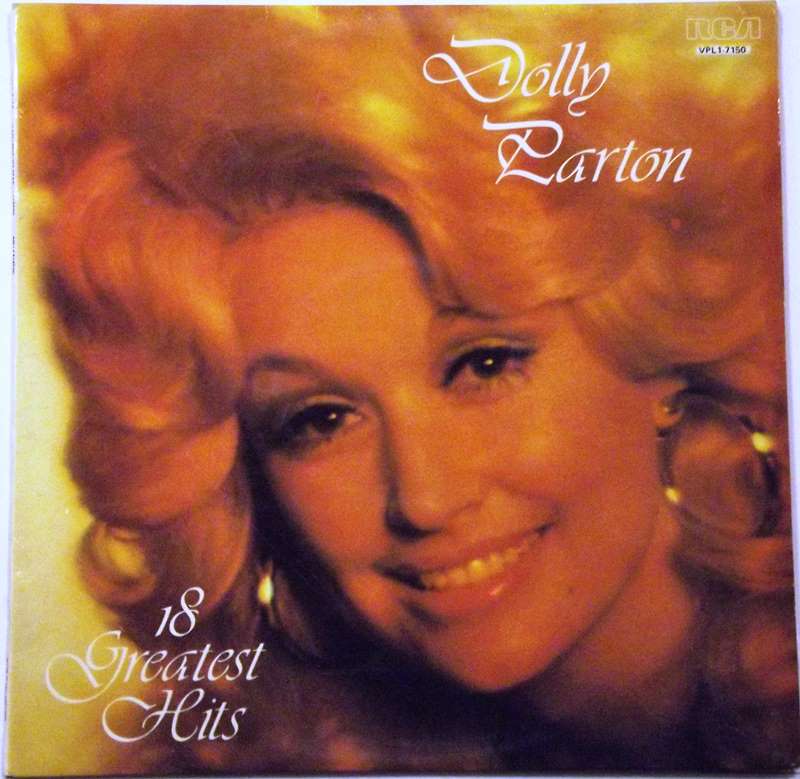 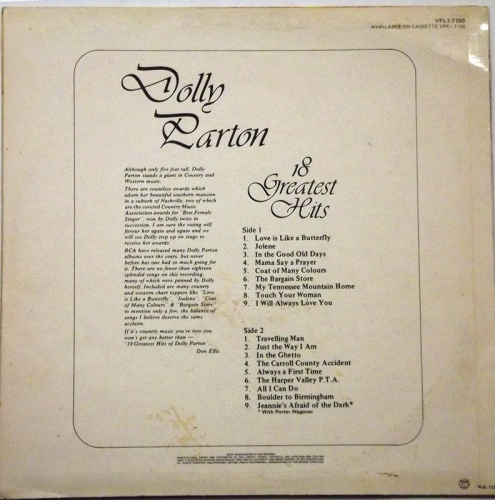 Dolly Rebecca Parton (born January 19, 1946[3]) is an American singer-songwriter, actress, author, businesswoman, and humanitarian, known primarily for her work in country music. Her career began as a child performer on the Cas Walker[4] radio show, then recording a few singles from the age of 13. Relocating to Nashville at age 18 in 1964, her first commercial successes were as a songwriter (her songs during this period were covered by numerous artists, including Bill Phillips and Kitty Wells). She rose to prominence in 1967 as a featured performer on singer Porter Wagoner's weekly syndicated TV program; their first duet single, a cover of Tom Paxton's "The Last Thing on My Mind", was a top-ten hit on the country singles chart and led to several successful albums before they ended their partnership in 1974. Moving towards mainstream pop music, her 1977 single "Here You Come Again" was a success on both the country and pop charts. A string of pop-country hits followed into the mid-1980s, the most successful being her 1980 hit "9 to 5" (from the film of the same name) and her 1983 duet with Kenny Rogers "Islands in the Stream", both of which topped the U.S. pop and country singles charts. A pair of albums recorded with Linda Ronstadt and Emmylou Harris were among her later successes. In the late 1990s, she returned to classic country/bluegrass with a series of acclaimed recordings. Non-musical ventures include Dollywood, a theme park in Pigeon Forge in the Smoky Mountains of Tennessee, and her efforts on behalf of childhood literacy, particularly her Imagination Library, as well as Dolly Parton's Dixie Stampede and Pirates Voyage Dinner & Show.[5]

Parton is the most honored female country performer of all time. Achieving 25 RIAA certified gold, platinum, and multi-platinum awards, she has had 25 songs reach No. 1 on the Billboard Country charts, a record for a female artist. She has 41 career top 10 country albums, a record for any artist, and she has 110 career charted singles over the past 40 years. All-inclusive sales of singles, albums, hits collections, and digital downloads during her career have topped 100 million worldwide. She has garnered eight Grammy Awards, two Academy Award nominations, ten Country Music Association Awards, seven Academy of Country Music Awards, three American Music Awards, and is one of only seven female artists to win the Country Music Association's Entertainer of the Year Award. Parton has received 46 Grammy nominations, tying her with Bruce Springsteen for the most Grammy nominations and placing her in tenth place overall.[6]

In 1999, she was inducted into the Country Music Hall of Fame. She has composed over 3,000 songs, the best known of which include "I Will Always Love You" (a two-time U.S. country chart-topper for Parton, as well as an international pop hit for Whitney Houston), "Jolene", "Coat of Many Colors", "9 to 5", and "My Tennessee Mountain Home". Parton is also one of the few to have received at least one nomination from the Academy Awards, Grammy Awards, Tony Awards, and Emmy Awards.[7]