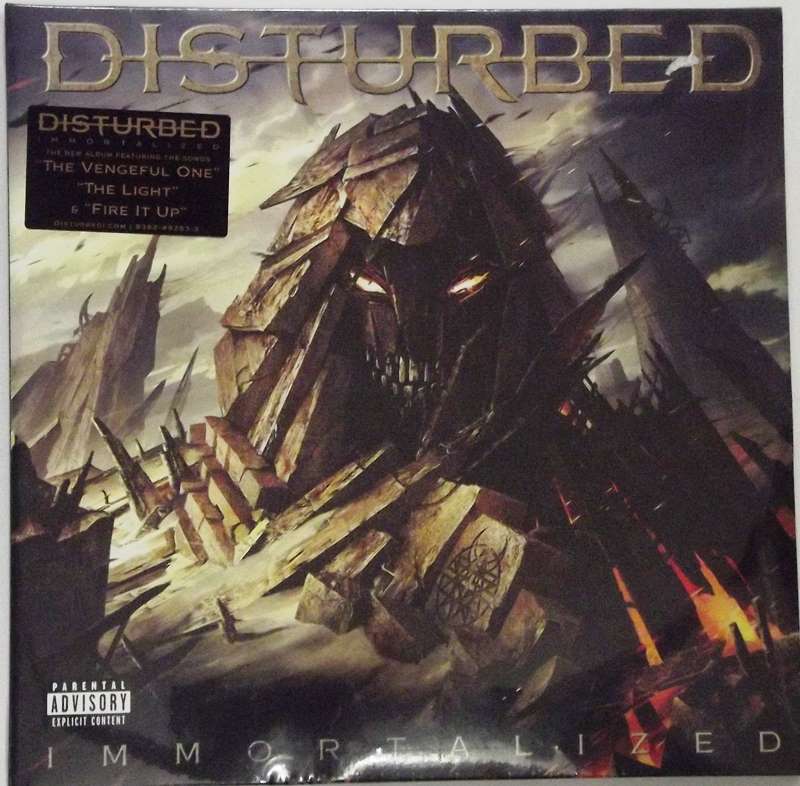 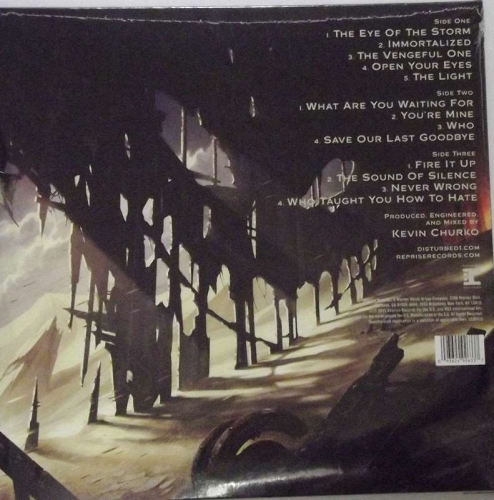 Sealed brand  3 sided new  double album housed in a gatefold cover. Made in the EU.

Immortalized is the sixth studio album by American heavy metal band Disturbed. The album was released on August 21, 2015 by Reprise Records, and is Disturbed's first studio album since Asylum (2010), marking the longest gap between two studio albums in their career. With 98,000 album-equivalent units in its first week, Immortalized is Disturbed's fifth consecutive number-one debut on the United States Billboard 200 chart. They are the third band in history to achieve this feat, after Metallica and Dave Matthews Band.[2] The band also found cross-over success in their third single, a cover of the 1964 song "The Sound of Silence" by Simon & Garfunkel, which marked Disturbed's highest ranked single on the Billboard Hot 100 at number 42.[3]