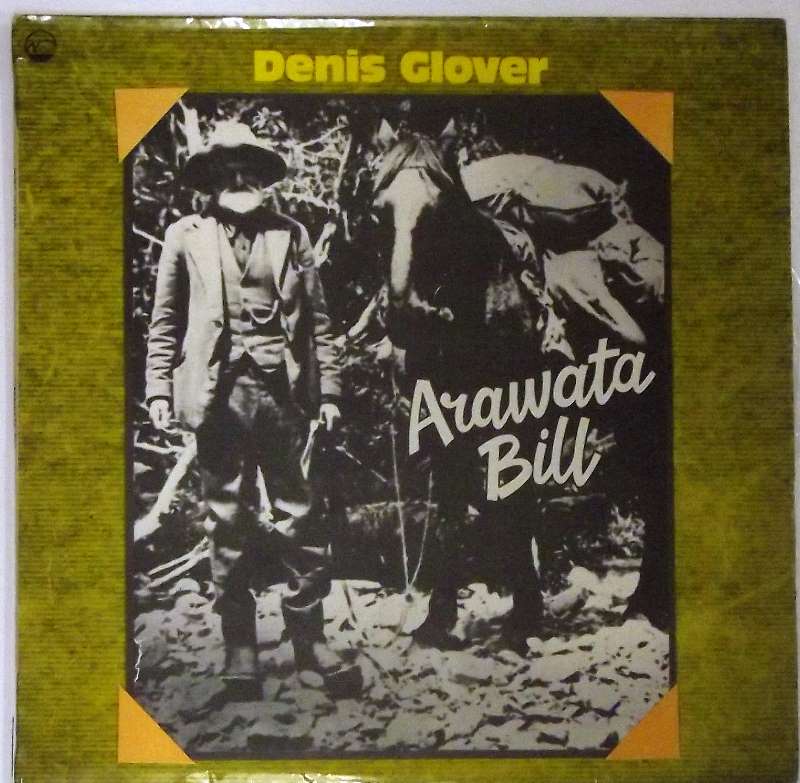 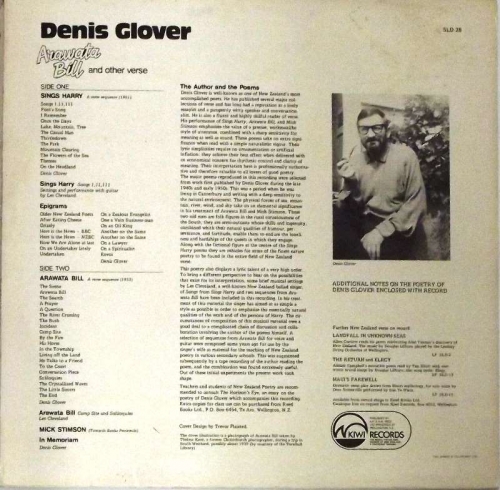 Arawata Bill and other verse.

A unique presentation of a NZ icon both vinyl and cover in very good condition. includes 8 page booklet.

Glover was born in Dunedin on 9 December 1912. His parents were Henry Lawrence Glover, a dentist, and Lyla Jean Matthews. Glover went to Arthur Street School Dunedin until moving with his mother in 1925 to New Plymouth. He attended Central School there being awarded dux. He was also a Boy Scout and school cadet during this period.[1] In 1926 he attended New Plymouth Boys' High School, then moving to Auckland where attended Auckland Grammar School. There Bob Lowry and he published an unofficial school journal La Verite. He finally moved to Christchurch in 1929 where he attended Christ's College until 1930.[2] Glover was a popular and keen swimmer, boxer, and cross-country athlete at college.

From 1931, Glover attended Canterbury University studying Greek, Latin, philosophy, and English for a Bachelor of Arts in English and Greek. While at University he was captain of the boxing club and fought in the welterweight division obtaining a University blue. He also played rugby for the Old Collegians and sailed yachts. Glover was a member of the Canterbury Mountaineering Club and Christchurch Classical Association. His mountaineering experiences formed the basis for his later Arawata Bill and Sings Harry poems. On 8 January 1936 he married Mary Granville.