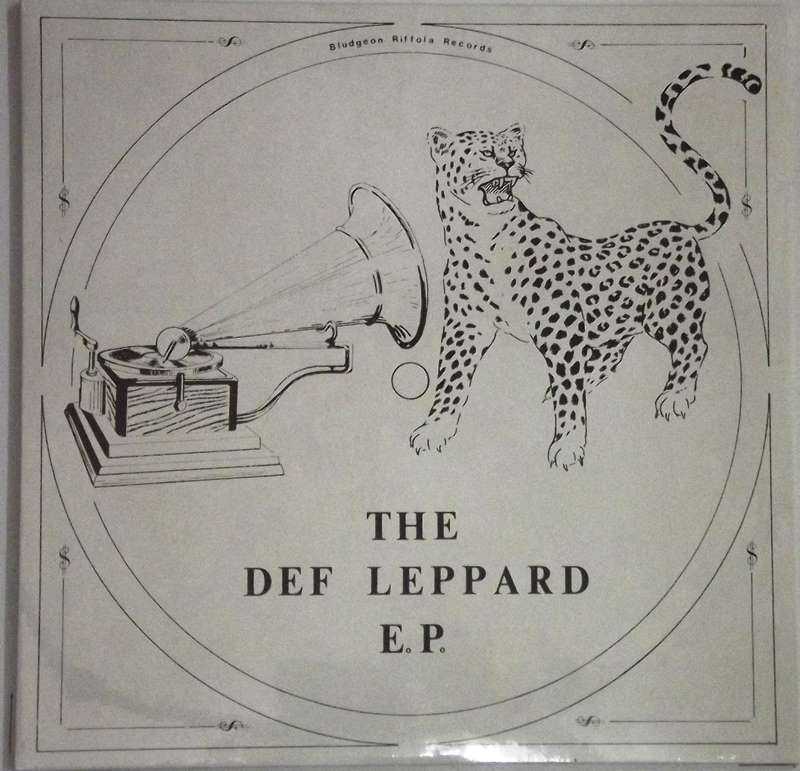 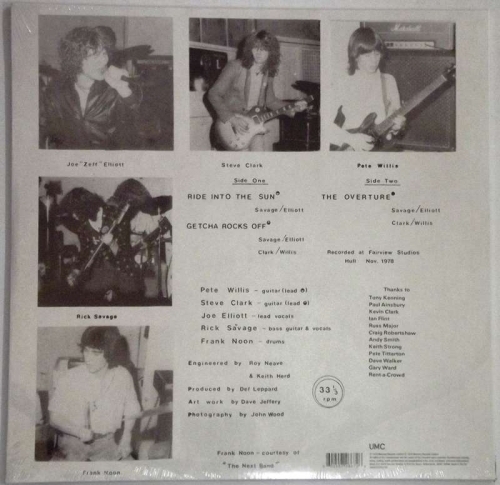 Sealed brand new RSD release, made in the EU.

The Def Leppard E.P. is the debut EP by British rock band Def Leppard. The EP was recorded at Fairview Studios in Hull, in November 1978 and self-produced by the band. The EP's cover is a parody of the painting His Master's Voice, with a leopard in place of the painting's dog, Nipper. The record was first released with the code SRT CUS 232 and a red label by the band's own company Bludgeon-Riffola.

One hundred copies included lyric sheet inserts that vocalist Joe Elliott had photocopied during his lunch-break at work. Additionally, he and his mother glued the 1,000 sleeves together. The double-sided insert has the lyrics to "Ride into the Sun" and "Getcha Rocks Off" on one side. Lyrics for "The Overture" are on the other side along with individual sketches of the band members by Dave Jeffrey. A credit for the band's "Mixer Man Mr. Nick Cartwright" was also included because his name was erroneously left off the credits on the picture sleeve rear cover.

Without Tony Kenning, the band needed a drummer for the session, so Frank Noon was borrowed from The Next Band for the weekend. According to Elliott, the EP cost £148.50 to record, money which he had borrowed from his father. This provided an initial print run of 1,000 copies that the band would use in a concerted effort to get noticed.

Released in January 1979, the single was sold for £1 at shows and was handed out to anyone who could help gain the band exposure. Elliott jumped on stage at Sheffield University during a John Peel DJ session to hand-deliver a copy of the EP. Peel obliged by playing the single on his BBC Radio 1 show and the single eventually made it to No. 84 on the BBC singles charts. As a result, the mission was a success and the band started generating press.

Helped by radio play, the initial pressing was sold out by the summer of 1979, so the band's first managers had the EP reissued with a yellow label and no picture sleeve. Once signed to Phonogram, the single was issued again, with "Ride into the Sun" and "Getcha Rocks Off" being swapped around because the latter had become more popular. The EP was re-issued yet again in the late 1980s to Def Leppard fan club members with the picture sleeve intact, the tracks put back in their original order, and a white label replacing the yellow label. This "White Label" release is the most common release seen on auction sites such as eBay and also the least valuable, but still can be worth over $20.

Two of the songs, "Getcha Rocks Off" and "The Overture", were re-recorded for Def Leppard's first LP. The re-recorded "Getcha Rocks Off" was retitled "Rocks Off" for On Through the Night, and has a fake audience in the background of the recording. "Ride into the Sun" was shelved until a new version was recorded in 1987 as a B-side to the "Hysteria" single. The rerecorded version later appeared on Retro Active, but it has additional overdubs and replaces the opening drum solo with a piano intro performed by Ian Hunter. The rerecorded version is credited to Elliott, Phil Collen, Steve Clark and Savage while the version on The Def Leppard E.P. is credited to Elliott and Savage