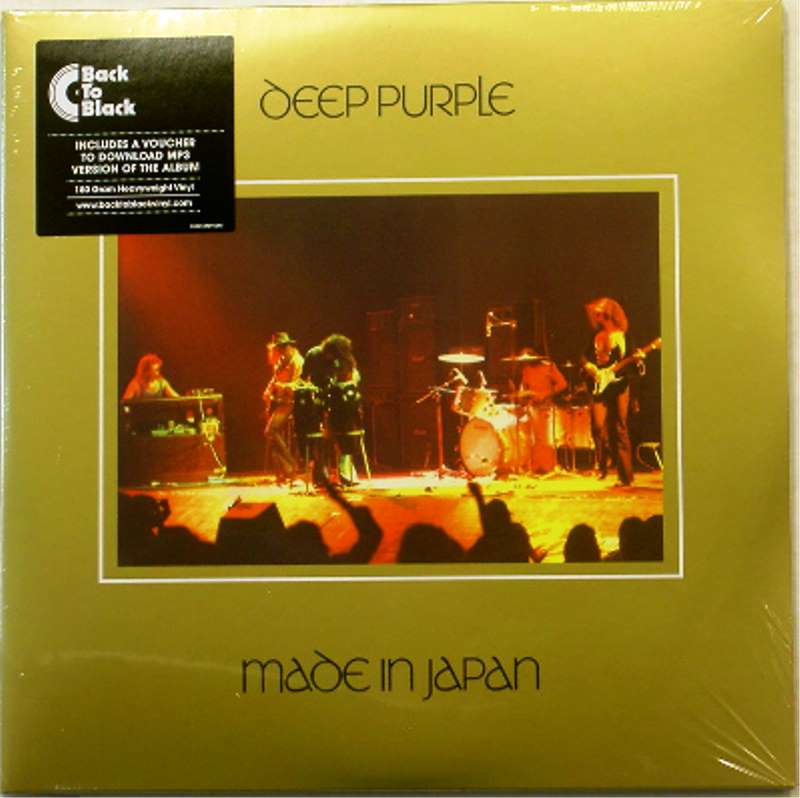 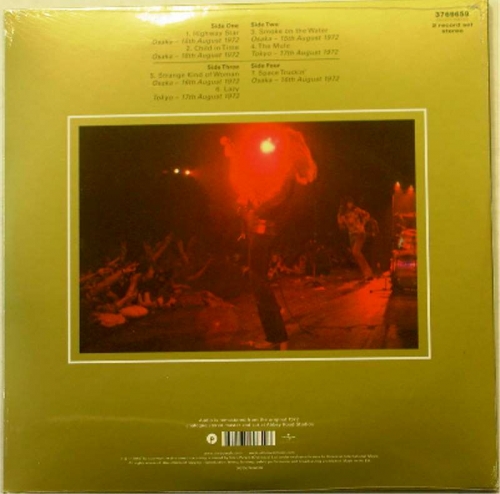 The band were well known for their strong stage act, and had privately recorded several shows, or broadcast them on radio, but were unenthusiastic about recording a live album until their Japanese record company decided it would be good for publicity. They insisted on supervising the live production, including using Martin Birch, who had previously collaborated with the band, as engineer, and were not particularly interested in the album's release, even after recording. The tour was successful, with strong media interest and a positive response from fans.

Audio is remastered from the original 1972 analogue stereo master and cut at Abbey Road studios.

Made in Japan is a double live album by English rock band Deep Purple, recorded during their first tour of Japan in August 1972. It was originally released in December 1972, with a US release in April 1973, and became a commercial and critical success.