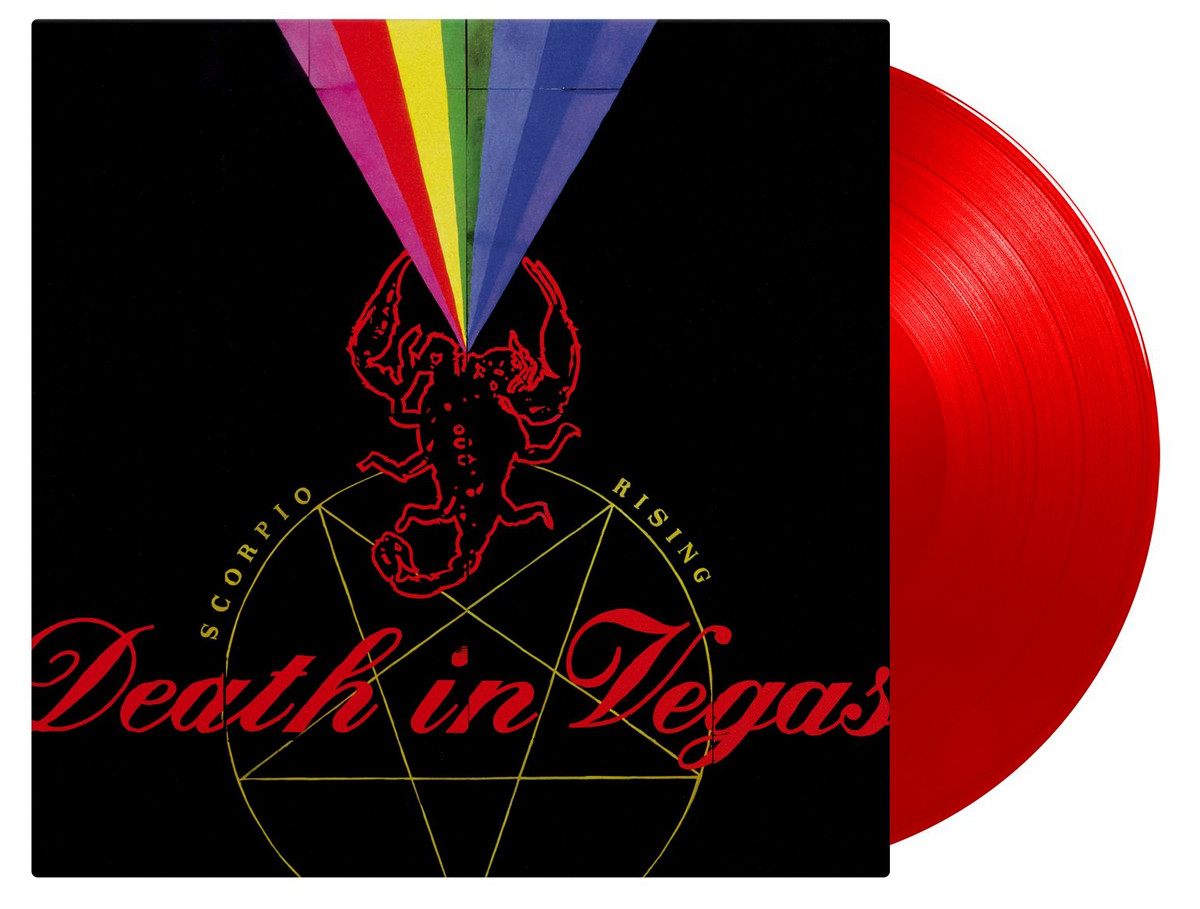 Scorpio Rising is the third album by British electronica band Death in Vegas, which features guest vocalists Liam Gallagher, Hope Sandoval, Nicola Kuperus, and Paul Weller. Death in Vegas' Richard Fearless and Tim Holmes created one of their finest records by combining synths with guitar rock and psychedelia. A taste of "My bloody Valentine" and some electro pulses are thrillingly constructed in the different parts of the album. They're using different samples in their sounds, so you can hear classics like "Rock Around the Clock" (Bill Haley & His Comets) and "Goin' Back" (The Byrds). Several songs on the album have appeared on film soundtracks, "Girls" is featured on the soundtrack to the 2003 film Lost in Translation and "Hands Around My Throat" is featured on the Animatrix soundtrack.

The first pressing of Scorpio Rising is available as 2.500 individually numbered copies on red vinyl.