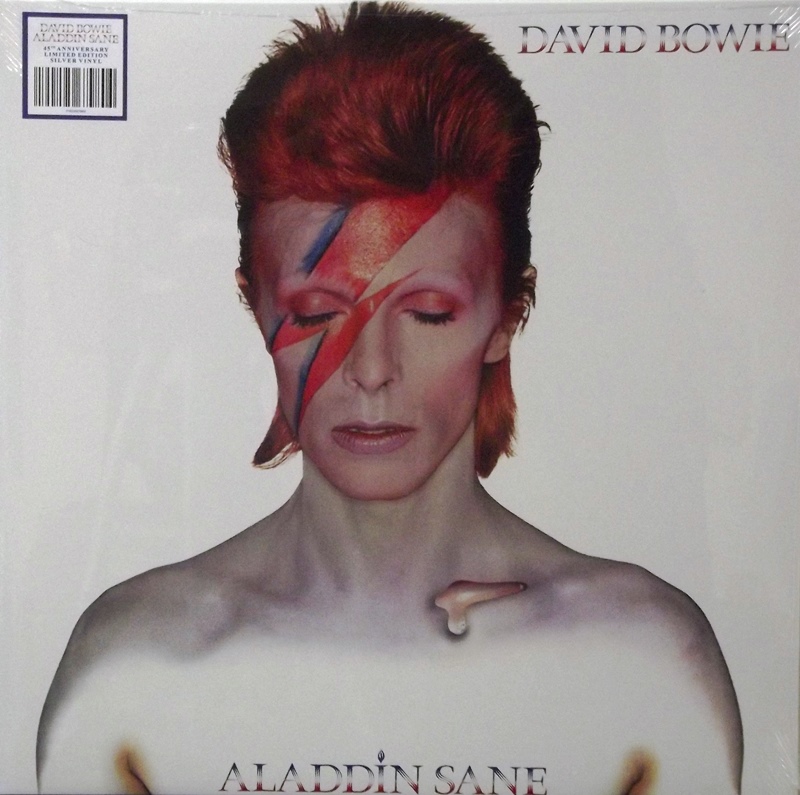 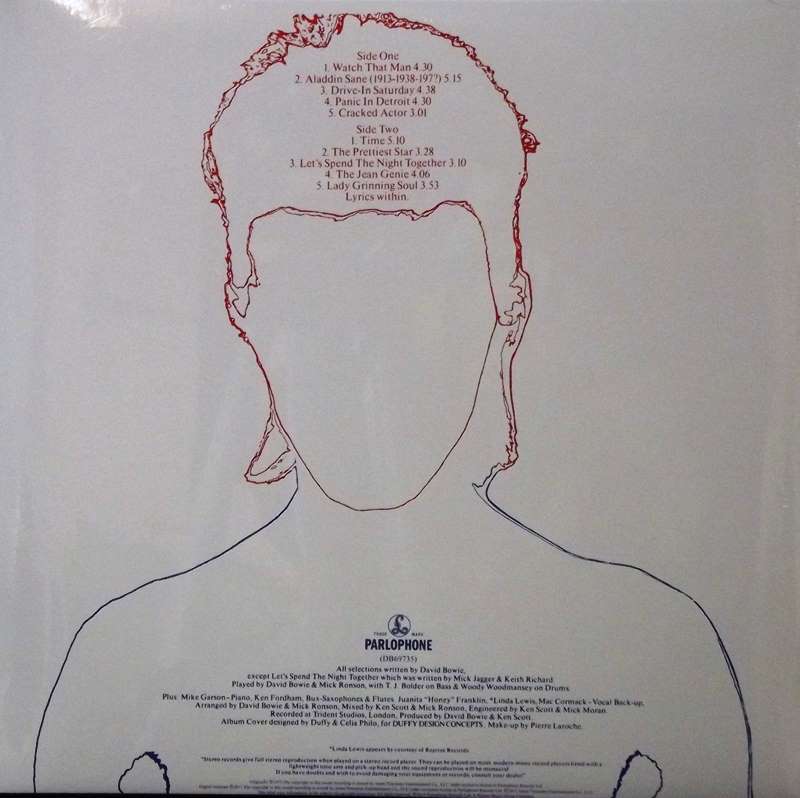 Aladdin Sane is the sixth studio album by English musician David Bowie, released by RCA Records on 13 April 1973. The follow-up to his breakthrough The Rise and Fall of Ziggy Stardust and the Spiders from Mars, it was the first album he wrote and released from a position of stardom.[2]

NME editors Roy Carr and Charles Shaar Murray called the album "oddly unsatisfying, considerably less than the sum of the parts",[2] while Bowie encyclopedist Nicholas Pegg describes it as "one of the most urgent, compelling and essential" of his releases.[3] The Rolling Stone review by Ben Gerson pronounced it "less manic than The Man Who Sold The World, and less intimate than Hunky Dory, with none of its attacks of self-doubt."[4] The album cover featuring a lightning bolt across his face is regarded as one of Bowie's most iconic images.[5]