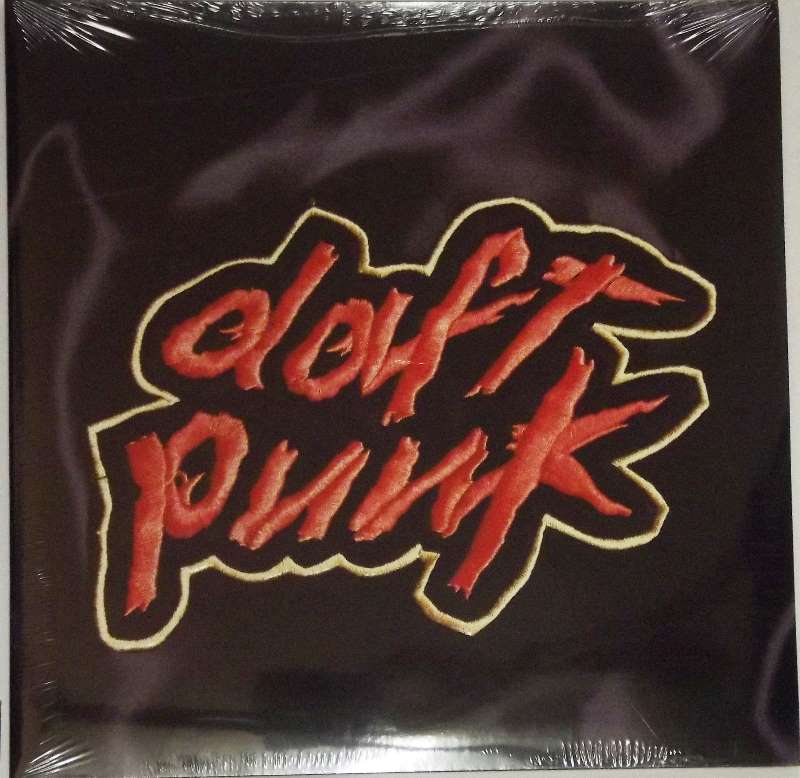 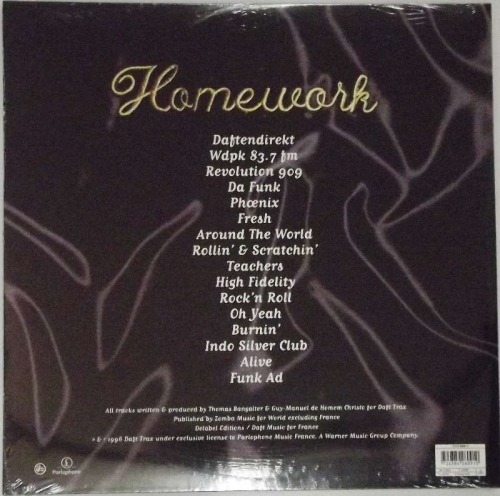 Sealed brand new double album with a embossed gatefold cover. Made in the EU.

Homework is the debut studio album by the French electronic music duo Daft Punk, released on 20 January 1997 by Virgin Records and Soma Quality Recordings. The album revived house music and departed from the Eurodance formula. The duo produced the tracks without plans to release an album. After working on projects that were intended to be separate singles over five months, they considered the material good enough for an album.

Homework's success brought worldwide attention to French house music. Homework charted in 14 different countries, peaking at number 3 on the French Albums Chart, number 150 on the United States Billboard 200 and at number 8 on the UK Albums Chart. By February 2001, the album had sold more than two million copies worldwide and received several gold and platinum certifications. Overall, Homework received positive critical response. The album features singles that had significant impact in French house and global dance music scenes, including the U.S. Billboard Hot Dance/Club Play number-one singles "Da Funk" and "Around the World", the latter of which reached number 61 on the Billboard Hot 100.