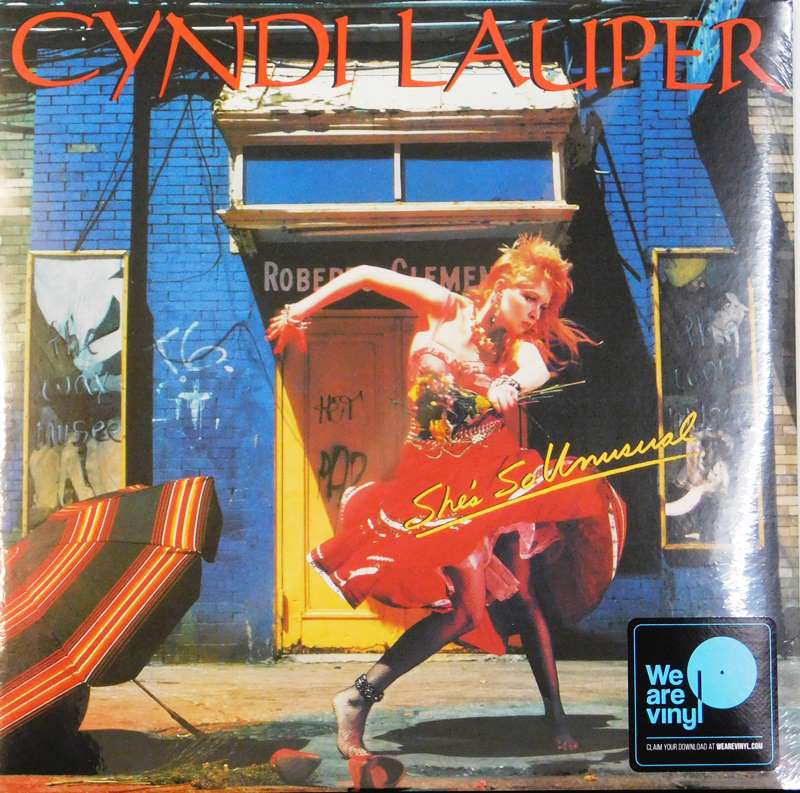 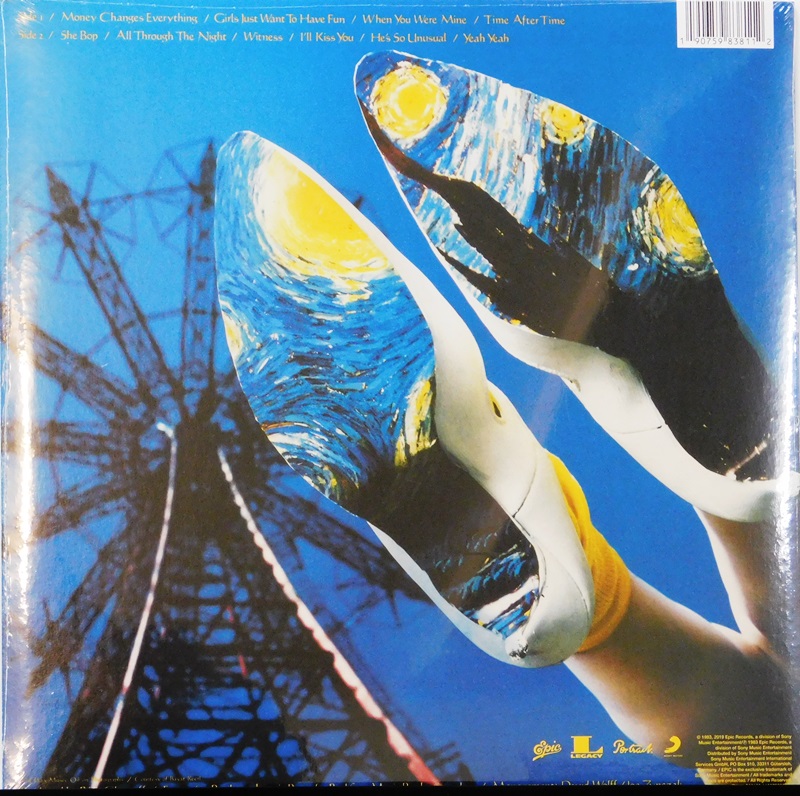 She's So Unusual is the debut studio album by American singer and songwriter Cyndi Lauper, released on October 14, 1983 by Portrait Records. The album was re-released in 2014 to commemorate its 30th anniversary, and was called She's So Unusual: A 30th Anniversary Celebration. The re-release contains demos and remixes of previously released material, as well as new artwork.[5]

In 1978, Lauper formed the band Blue Angel.[6] The band soon signed a recording contract with Polydor Records; however, their debut album, Blue Angel, was a commercial failure. The band parted ways after firing their manager, who sued Lauper for $80,000 and forced her into bankruptcy.[7] Lauper went on to sing in many New York night clubs, and caught the eye of David Wolf, who became her manager and subsequently got her signed to Portrait Records.

The album is primarily new wave-based, with many of the songs being influenced by synthpop and pop rock. Upon its release, the album received positive reviews from music critics, who noted Lauper's unique vocals. Lauper earned several awards and accolades for the album, including two Grammy Awards at the 27th Grammy Awards, one of which was for Best New Artist. She's So Unusual peaked at number four on the Billboard 200 chart and stayed in the chart's top forty for 65 weeks. It has sold over 6 million copies in the United States and 16 million copies worldwide. This makes it Lauper's best-selling album to date and one of the best-selling albums of the 1980s.[8][9][10] The album ranked at #487 on Rolling Stone's list of The 500 Greatest Albums of All Time in 2003, and ranked at #41 on Rolling Stone's list of Women Who Rock: The 50 Greatest Albums of All Time in 2012.[11]

Seven singles were released from the album, with "Girls Just Want to Have Fun" becoming a worldwide hit and her first song to chart on the Billboard Hot 100. "Time After Time" became her first number-one hit on the chart and experienced similar success worldwide. Lauper found success with the next two singles as well, with both "She Bop" and "All Through the Night" peaking in the top five. This makes Lauper the first female singer to have four top five singles on the Hot 100 from one album.[12] She's So Unusual was promoted by the Fun Tour throughout 1983 and 1984.