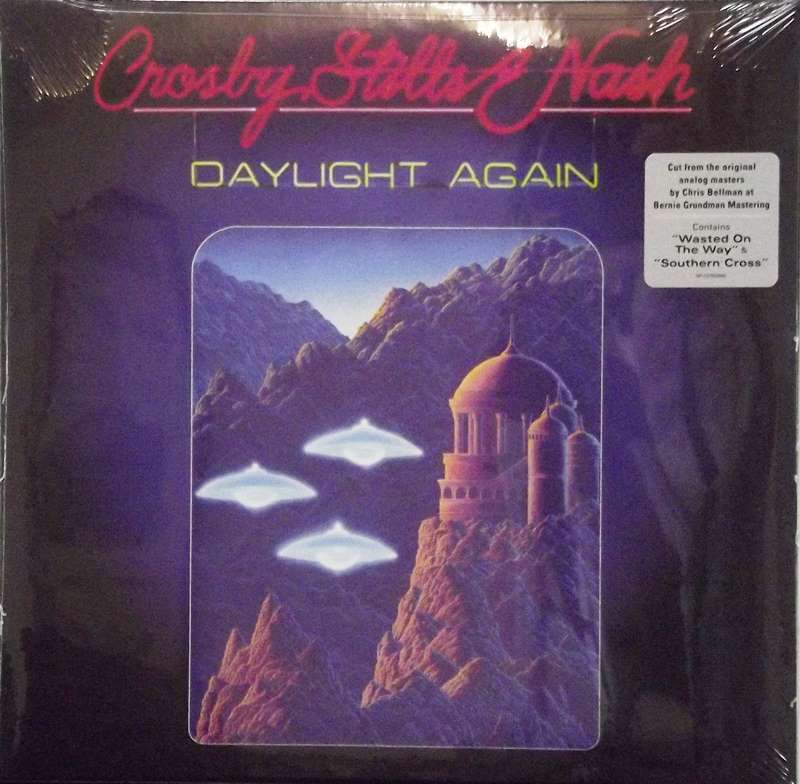 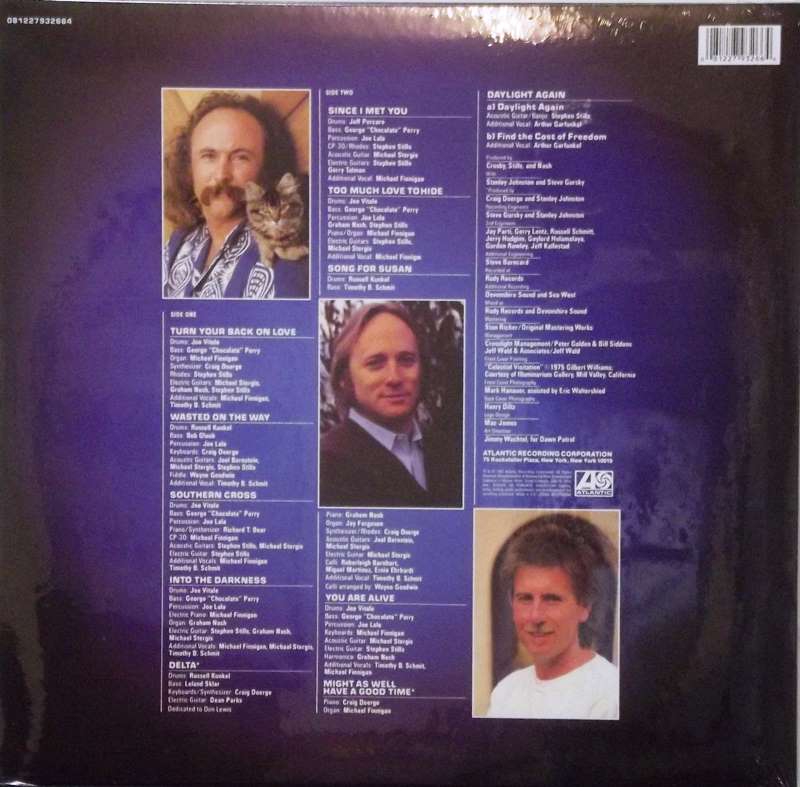 Daylight Again is the seventh album by Crosby, Stills & Nash, and their fourth studio album comprising original material. It peaked at #8 on the Billboard 200 albums chart, the final time the band has made the top ten to date. Three singles were released from the album, all making the Billboard Hot 100: "Wasted on the Way" peaked at #9, "Southern Cross" at #18, and "Too Much Love to Hide" at #69. It was certified platinum by the RIAA with sales of 1,850,000.[3]