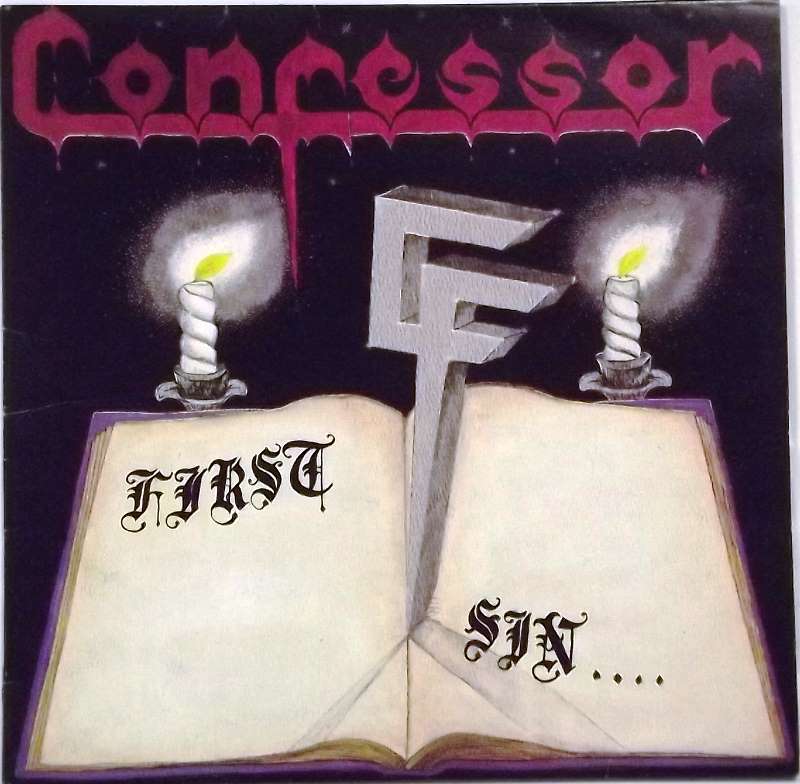 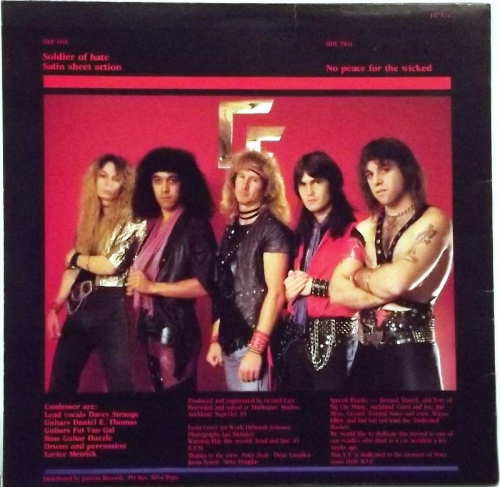 Stunning copy of this very rare album with the cover having minor shelf wear and creasing.

CONFESSOR was one of New Zealand's first metal bands previously Bad Blood with Djamil Rodop, vocals guitar, eventually replaced by Shane Bassant, vocals, Mark Xavier, drums, Dan Thomas, guitar,Robin Fenton, bass eventually replaced by Dazzle. Fui Van Gal joined on second guitar, Dave Strange replaced Shane Bassant - then a name change.  Confessor reigned  for close to a decade and at their peak were pulling up to 1,000  fans at venues such as the Powerstation. They supported many of the international heavy metal acts that performed in NZ and Australia during that time and released an EP and three albums, also appearing on two compilations, Attack From Downunder and the aptly named No Peace For The Wicked.
Confessor was certainly one of, if not, the most powerfully respected heavy metal bands of the 1980's and early 1990's