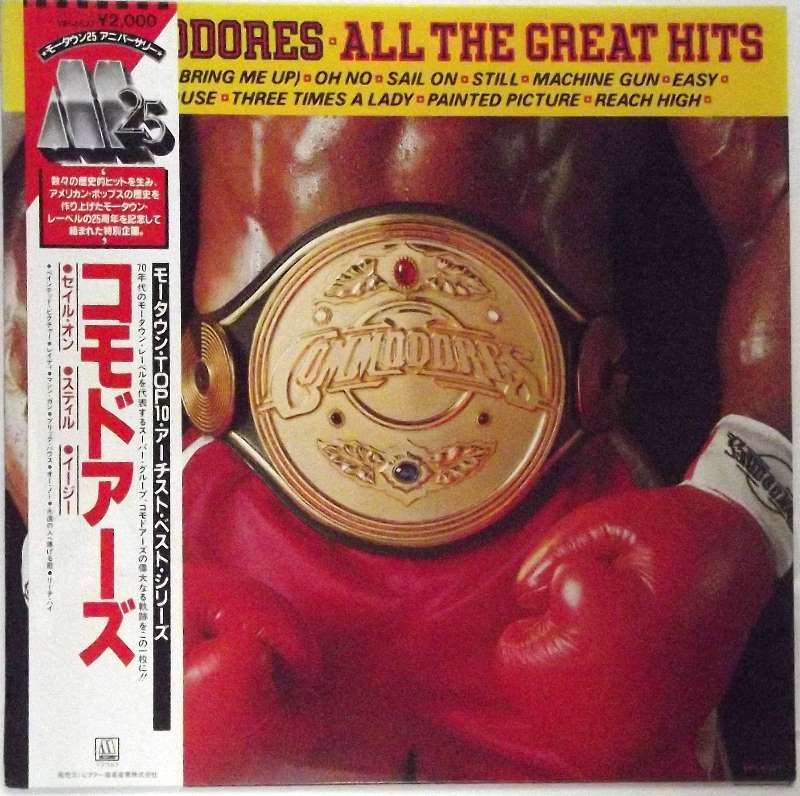 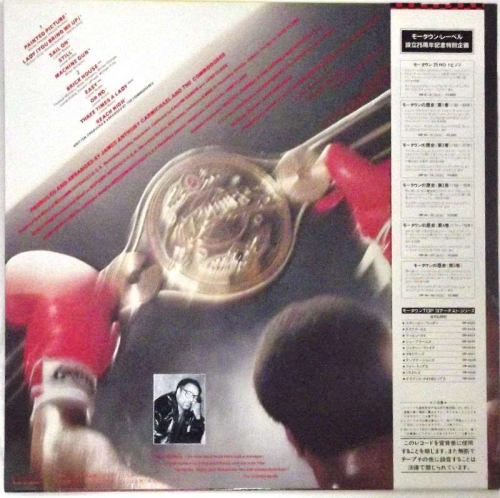 All The Great Hits (Japanese Pressing)

While there are many Commodores greatest-hits packages available, All the Great Hits offers most of their biggest hits, making it ideal for the casual fan.

The Commodores are an American funk/soul band, which was at its peak in the late 1970s through the mid 1980s. The members of the group met as mostly freshmen at Tuskegee Institute (now Tuskegee University) in 1968, and signed with Motown in November 1972, having first caught the public eye opening for The Jackson 5 while on tour.

The group's most successful period was in the late 1970s and early 1980s when Lionel Richie was co-lead singer. The band's biggest hit singles are ballads such as "Easy", "Three Times a Lady", and "Nightshift"; and funky dance hits which include "Brick House", "Fancy Dancer", "Lady (You Bring Me Up)", and "Too Hot ta Trot". In 1986 the Commodores won their first Grammy for the song "Nightshift".