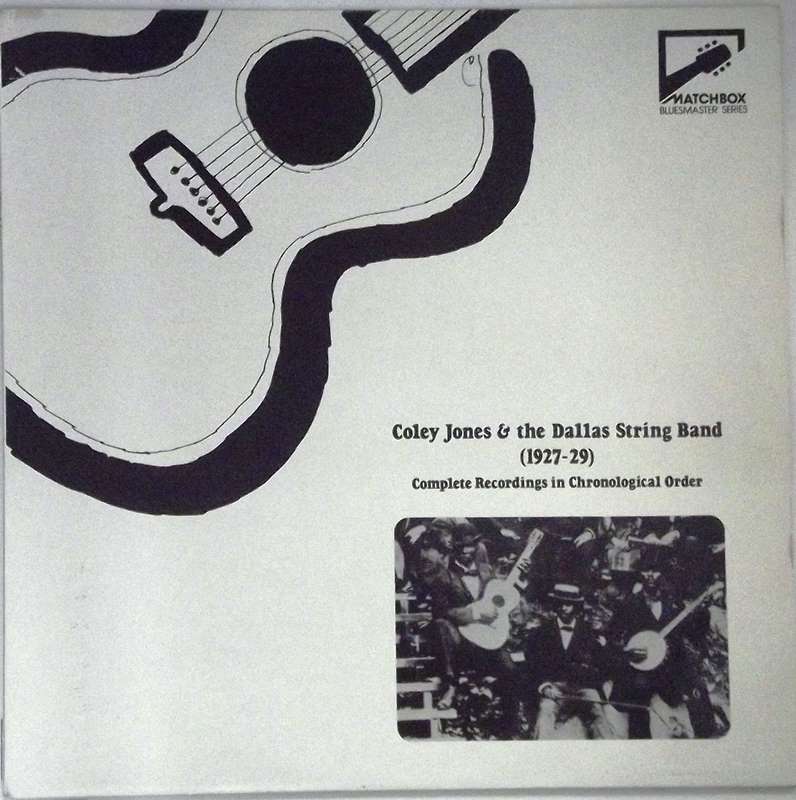 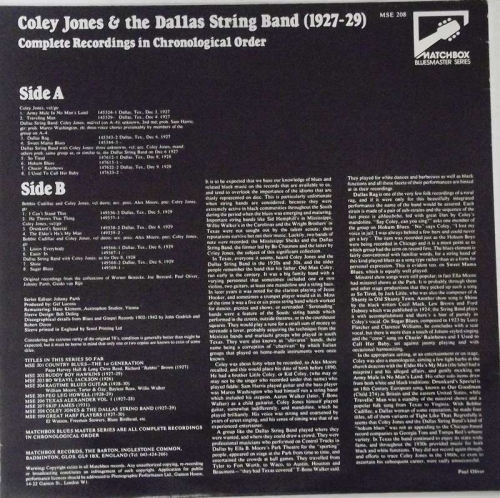 Harry Smith's Anthology of American Folk Music is, without a doubt, my all-time favorite compilation. I personally argue that it's the most influential release of the 20th century. It revitalized a dying breed of folk, and paved new roads for musical development in the American tradition. It's unimaginable to think what would have happened to the musical evolution in North America without it. The American spirit was perfectly embodied by it, and the anthology was exactly as important of an artifact just as it was a branching mechanism to discovery - bringing to light important musical icons that otherwise would have faded in the dusts of time.
Naturally, this is how I came across Coley Jones and the Dallas String Band. For some reason, the fourth track on Anthology, 'Drunkard's Special', is always playing in my head. It has been for some years now, and that doesn't bother me - it's a beautiful rendition of a traditional Irish folk tune. The tune is a unique mixture of playful and sombre, detailing a drunkard husband trying to make sense of his wife's on-the-spot cover-ups for her affair. It reads like 'Twelve Days of Christmas', but tells like an antisocial, heavy-hearted character study.
The track probably stands out in the minds of anyone who's heard the Anthology before, so coming across this compilation was important to me - almost like filling a gap from a relatively enigmatic artist with little information to his name.
What I do know about Coley is that he was a mandolin player in Texas during the 1920s. He was practically been born with the instrument in his hand - he learned music from his family ensemble, dating around the late 1880s. After a short stint in a travelling minstrel show, he became a session musician that was decently in-demand. He recorded with Bobby Cadillac and the Dallas String Band on numerous occasions, and most of those fine recordings can be heard on here.
The imprint left on Texas Blues history by the Dallas String Band is indelible, as Eugene Chadbourne writes on Allmusic.com. They provided a missing link between Blind Lemon Jefferson and T-Bone Walker, and allowed Texas Blues to extrapolate its influence through to the rest of the States with the relative popularity of their recordings.
The first all-black string band of their era, The Dallas String Band had a breezy combination of swing and country blues that was accentuated by Coley's highly original style of mandolin performance.
I'm invested in this compilation for its historical integrity in regards to American Folk Music. Any purveyor of musical discovery by way of the Anthology will surely be pleased to see the surfacing of this pleasant compilation, published by Matchbox Records in 1983.