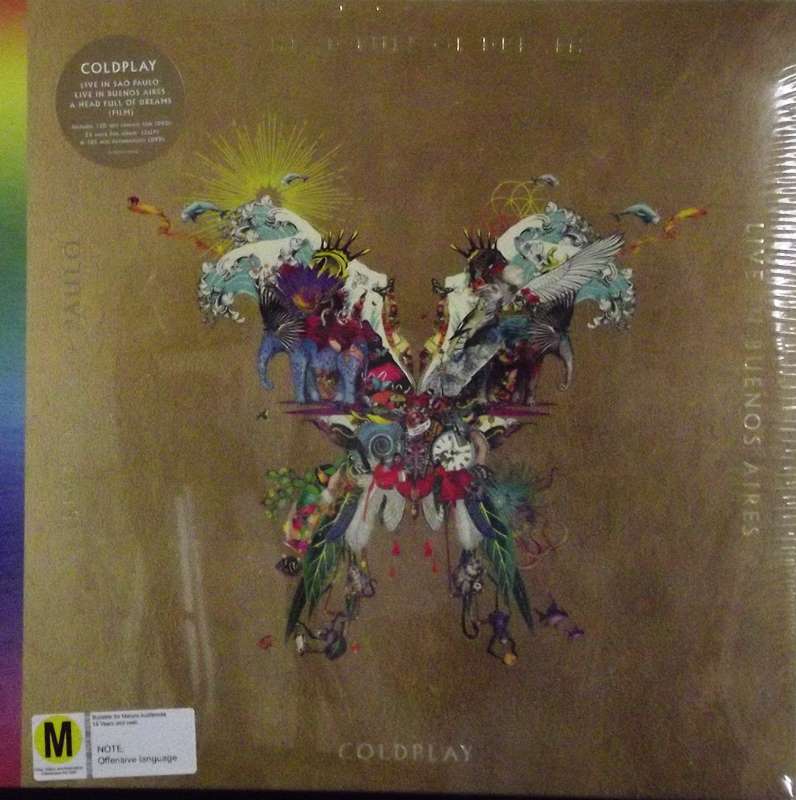 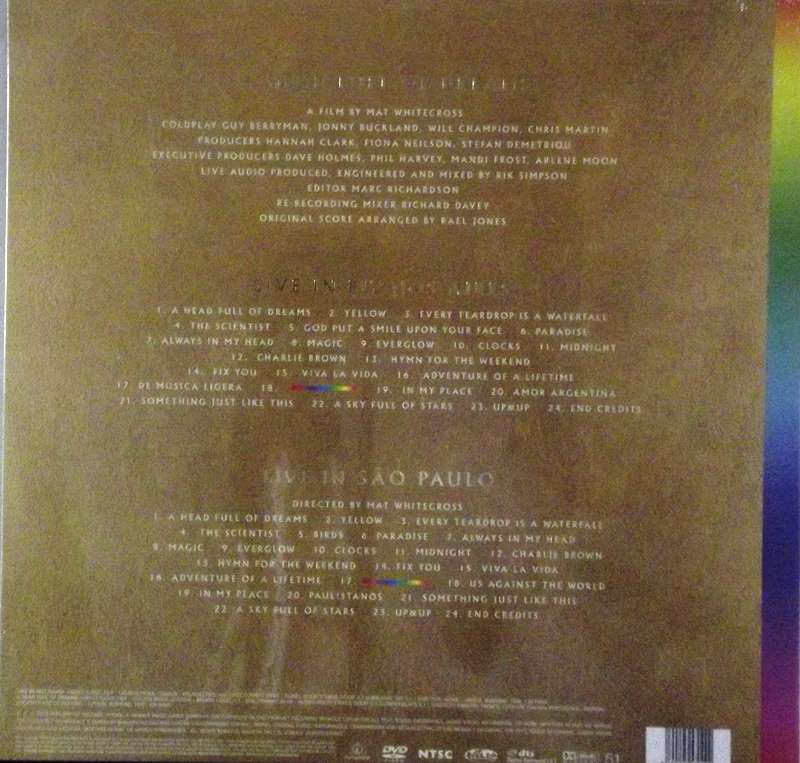 The Live In Buenos Aires album was recorded on November 15, 2017 - the final night of the A Head Full Of Dreams Tour. The 24 track audio set marks the first time that a Coldplay concert has been released in its entirety.

The combined live album / live concert film release - also known as the Butterfly Package - is completed by Mat Whitecross' A Head Full Of Dreams documentary film, which charts Coldplay's colorful 20 year history. When the documentary was shown in cinemas for one night only last month, it was seen by over 300,000 people, taking more than $3.5million at the box office.

The A Head Full Of Dreams Tour has been confirmed as the third biggest of all time, having played to more than 5.5 million fans across the world. Live In Buenos Aires and Live In São Paulo document that show, featuring hits and fan favorites from all seven of the band's Number 1 studio albums.

1. A Head Full Of Dreams

3. Every Teardrop Is A Waterfall

5. God Put A Smile Upon Your Face

7. Always In My Head

13. Hymn For The Weekend

16. Adventure Of A Lifetime

The full Butterfly package is available now as a 2 x DVD / 2 x CD set and a 2 x DVD / 3 x gold vinyl collection. A standalone 2 x CD edition of the Live In Buenos Aires album is also out today.

Digitally, the Live In Buenos Aires album can be streamed / downloaded from all platforms now, with the Live In São Paulo film also available as a longform download.

The film was helmed by Mat Whitecross - director of Supersonic, the acclaimed 2016 Oasis documentary - who met the four friends at college in London, before they'd even formed the band. From Coldplay's very first rehearsal in a cramped student bedroom, Whitecross has been there to capture the music and the relationships on tape.

The artwork for the Butterfly package was created by Icelandic-born artist Kristjana S Williams. The collage features dozens of visual motifs drawn from the band's artwork, videos and history.

The São Paulo live video of Paradise has also been made available on YouTube today: