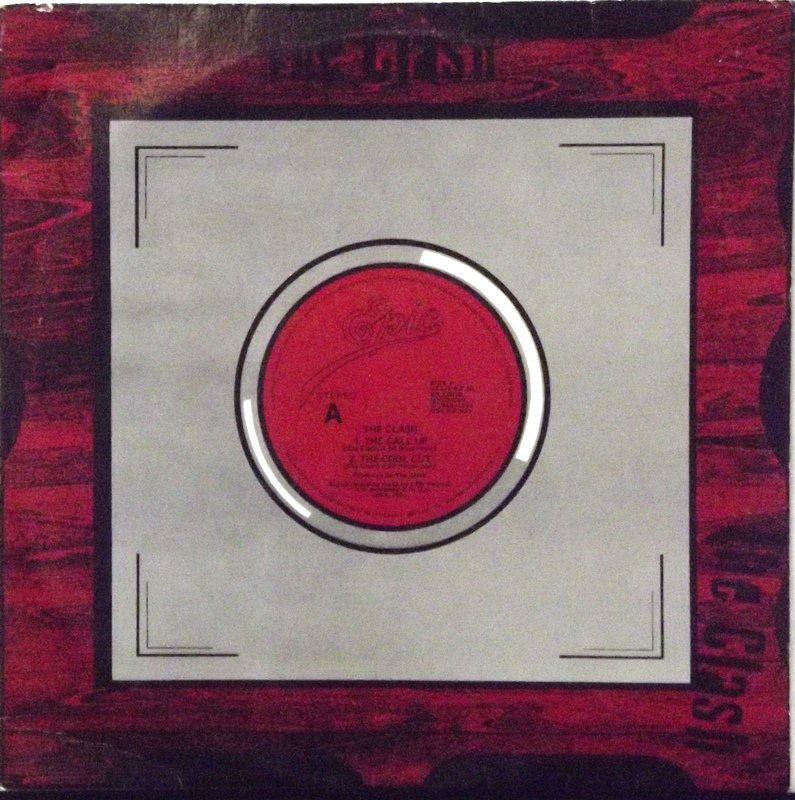 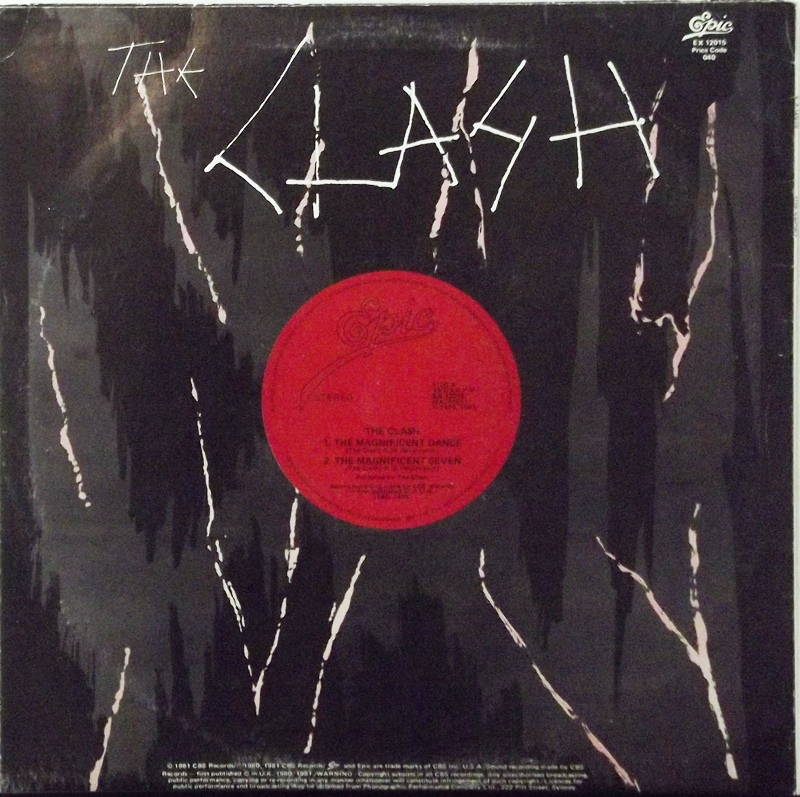 The Call Up / The Magnificent Dance

The Call Up" is a song by English punk rock group the Clash. It was released as the first single from the band's fourth album, Sandinista!. The single was released in November 1980, in advance of the release of Sandinista!, with the anti-nuclear "Stop the World" as its B-side.

The song opens and closes with a US Marines' marching Military cadence and is mostly about The Draft though it also deals war in general.  With the line "It's 55 minutes past 11..."  the song directly reference the Minutes to Midnight Doomsday Clock which was established and maintained by the Bulletin of the Atomic Scientists at the University of Chicago, which denotes by just how few minutes it is to midnight to what the impending threat of just how close the world is estimated to be to a global disaster, and it also includes a rejection of dead-end jobs ("who gives you work and why should you do it?"). Though the US discontinued the draft in 1973, in 1980 Congress re-instated the requirement for men aged 18–25 to register with the Selective Service System.   This may have inspired the song's subject matter as it was a topical subject in America during 1980, the year when Sandinista! was written and recorded.

The song was recorded at Electric Lady Studios in New York.

Don Letts filmed the single's accompanying video in a warehouse owned by singer and collector of military paraphernalia Chris Farlowe.  The video was in black and white, and featured the band dressed in costumes consisting of various parts of military uniforms and gear.

The Magnificent Seven" is a song and single by the English punk rock band the Clash. It was the third single from their fourth album Sandinista!.  It reached number 34 on the UK Singles Chart.[2]

The song was inspired by old school hip hop acts from New York City, like the Sugarhill Gang and Grandmaster Flash & the Furious Five.[3]  Rap was still a new and emerging music genre at the time, and the band, especially Mick Jones, was very impressed with it, so much so that Jones took to carrying a boombox around and got the nickname "Whack Attack".  The song was recorded in April 1980 at Electric Lady Studios in New York City, built around a funky bass loop played by Norman Watt-Roy of the Blockheads.  Joe Strummer wrote the words on the spot, a technique that was also used to create Sandinista!'s other rap track, "Lightning Strikes (Not Once But Twice)".  "The Magnificent Seven" represents the first attempt by a rock band to write and perform original rap music, and one of the earliest examples of hip hop records with political and social content.  It is the first major white rap record, predating the recording of Blondie's "Rapture" by six months. Strummer said of the group's encounter with hip-hop:

When we came to the U.S., Mick stumbled upon a music shop in Brooklyn that carried the music of Grand Master Flash and the Furious Five, the Sugar Hill Gang...these groups were radically changing music and they changed everything for us.[3]

Though it failed to chart in America, the song was an underground hit and received heavy play on underground and college radio. Jeff Chang wrote that in New York City, the song "had become an unlikely hit on the Black radio station, WBLS."[4] Also popular were various dance re-mixes, both official B-side, ("The Magnificent Dance"), and original DJ remixes such as WBLS's remix known as "Dirty Harry", after the film of same name, which can be found on various Clash's bootlegs, including Clash on Broadway Disc 4: The Outtakes.

The single was reissued in 1981 with "Stop the World" as its B-side and with different sleeve art.