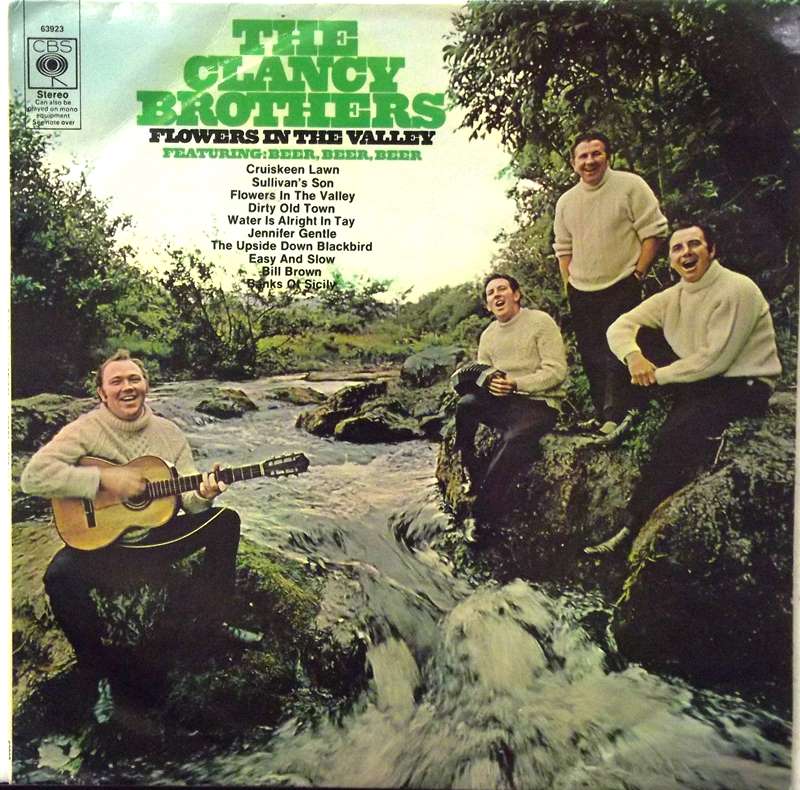 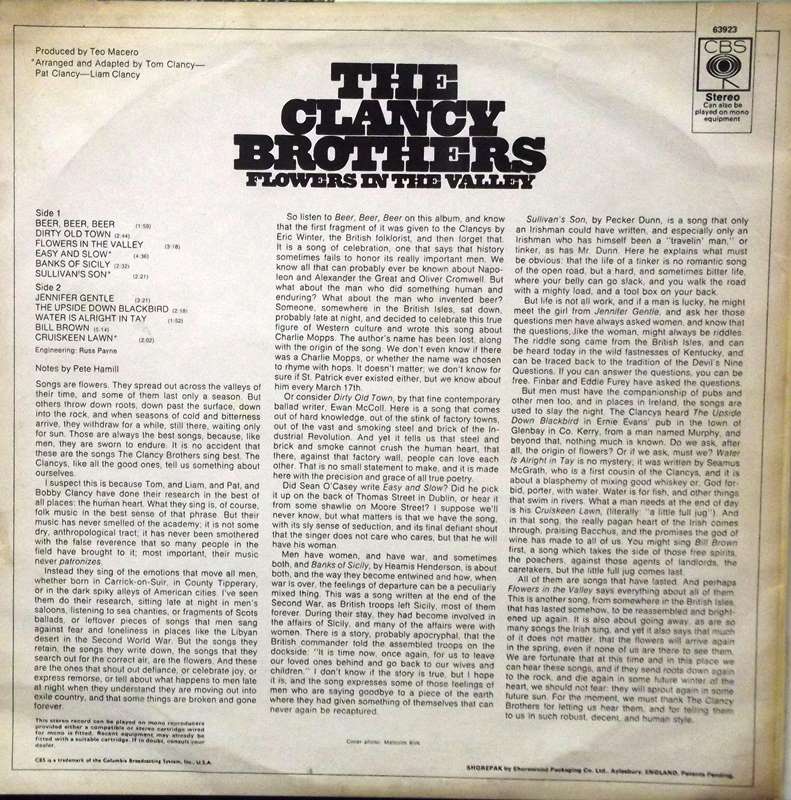 Flowers In The Valley

The Clancy Brothers were an influential Irish folk group, which initially developed as a part of the American folk music revival. Most popular in the 1960s, they were famed for their trademark Aran jumpers and are widely credited with popularising Irish traditional music in the United States and revitalising it in Ireland, paving the way for an Irish folk boom with groups like the Dubliners and the Wolfe Tones.[1][2][3][4][5]

The Clancy Brothers, Patrick "Paddy" Clancy, Tom Clancy, and Liam Clancy, are best known for their work with Tommy Makem, recording almost two dozen albums together as The Clancy Brothers and Tommy Makem. Makem left in 1969, the first of many changes in the group's membership. The most notable subsequent member to join was the fourth Clancy brother, Bobby. The group continued in various formations until Paddy Clancy's death in 1998.