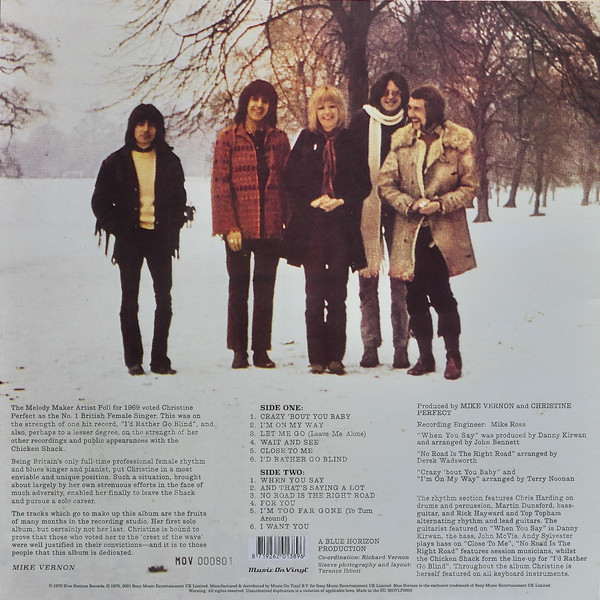 Released in 1970, the album was originally meant to be titled "I'm On My Way" as evidenced on copies of the single "I'm Too Far Gone (To Turn Around)".[3] It was re-released in 1976 as The Legendary Christine Perfect Album.[4]