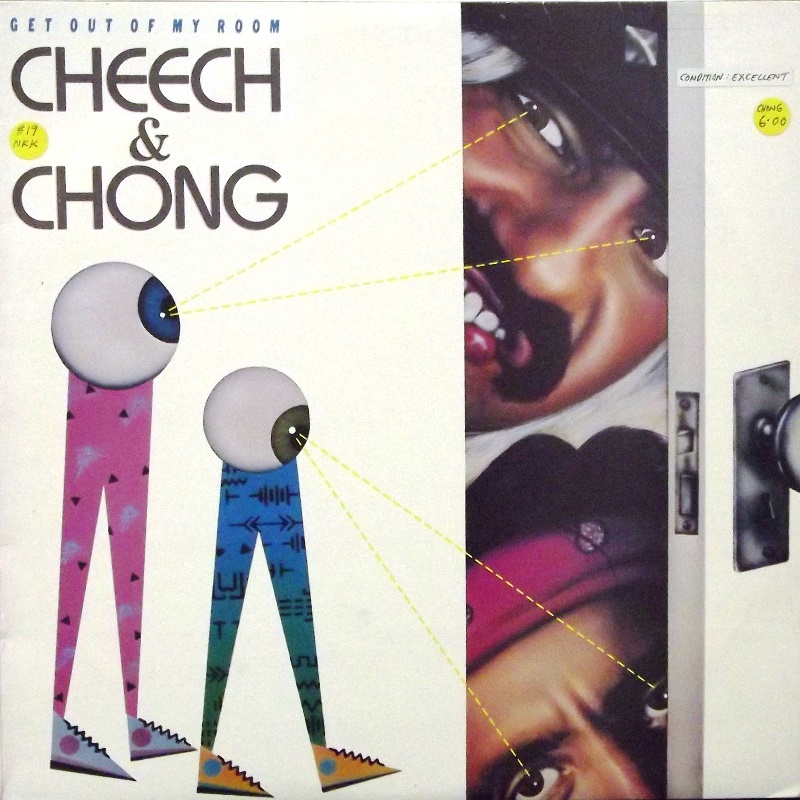 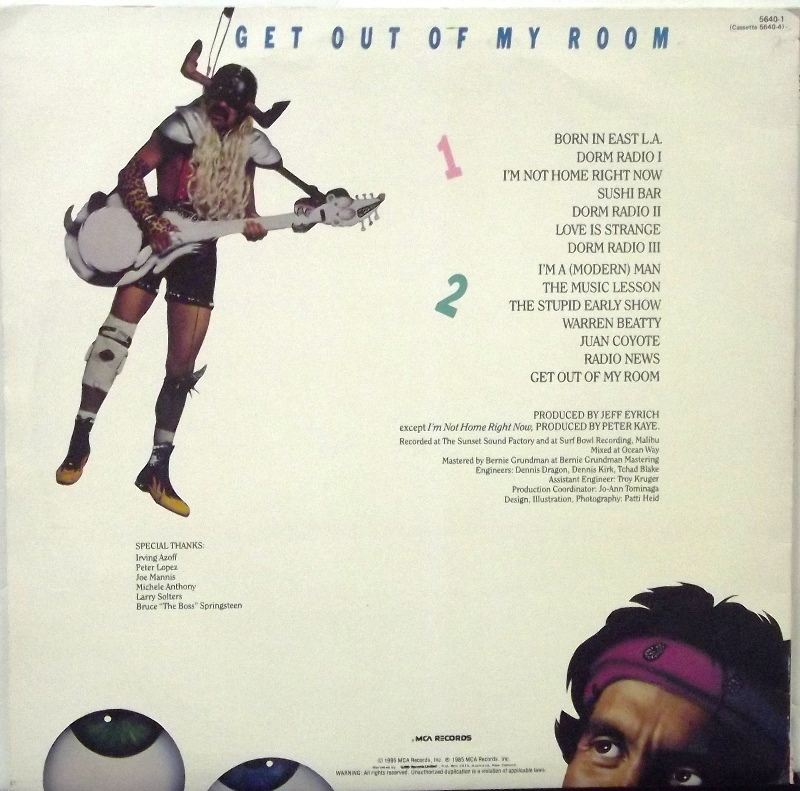 Get Out Of My Room

Get Out of My Room is an album and short-form video featuring comedians Cheech & Chong, released in 1985. The album and video marked the last release by the longtime comedy duo, with Cheech leaving in 1986 in order to focus on his mainstream acting career. The opening track "Born In East L.A." and "I'm Not Home Right Now" were the only singles released for the album.