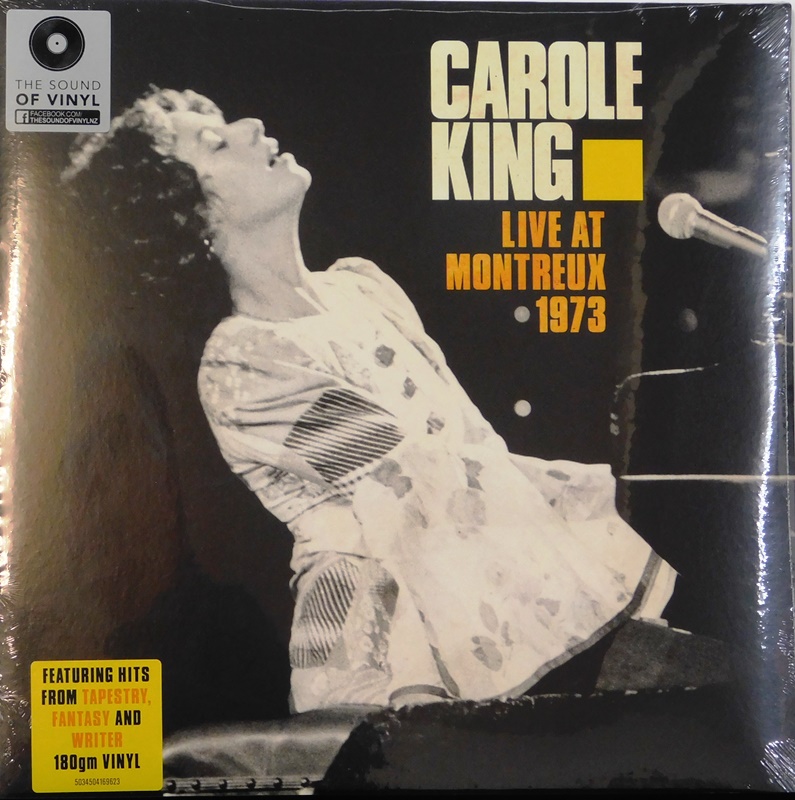 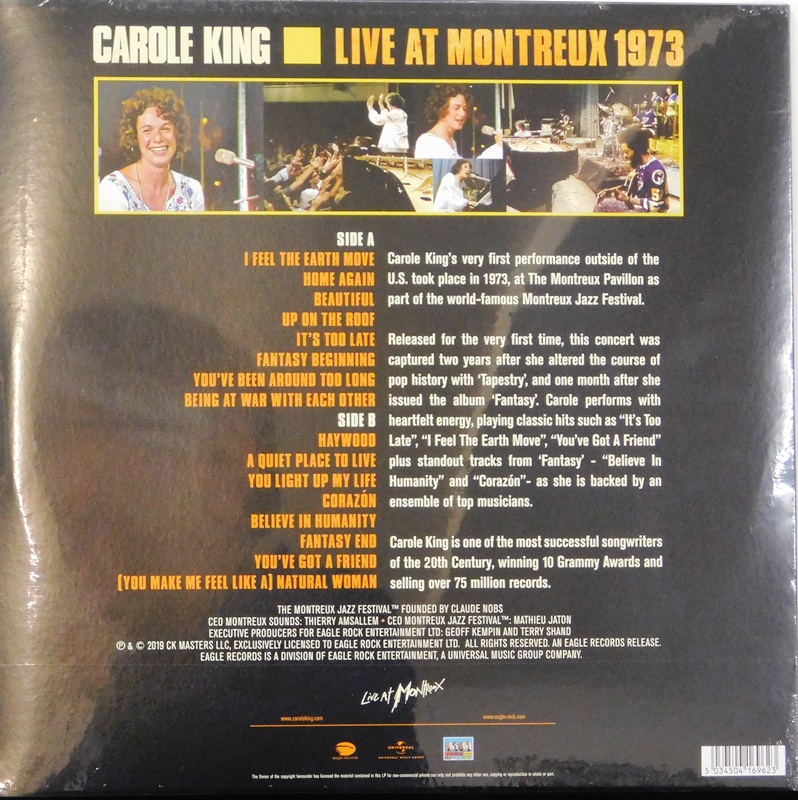 In 1973, Carole King was on top of the world. Her 1971 masterpiece Tapestry arrived in a way that revolutionized popular music and helped define the entire cultural landscape of the decade. The album was still in the charts two years later when King performed outside of the states for the first time at the 1973 Montreux Jazz Festival in Switzerland. Recorded weeks after the release of her fifth album, the hazy and conceptual Fantasy, King leaned heavily on material from that album for the concert's set list. Before launching into Fantasy material with a large band of skilled players (including an excellent six-piece horn section) however, she ran through some of her best-known hits in a solo reading of just voice and piano. While songs from Fantasy like "That's How Things Go Down" and the funky "Corazon" are fun, the timeless power of King's songwriting shines through best in her solo performances. Album versions of familiar hits like "I Feel the Earth Move" and "It's Too Late" were richly arranged with soft rock drumming, twinkly electric piano, and lush backing vocals filling the songs with color and nuance. Even stripped of all the production and window dressing, those songs are flawless, immediately engaging and connecting on an emotional level that transcends eras. Live at Montreux 1973 is a must for superfans, and serves as a fun performance document. King's vault of unreleased material up to this point was largely unreleased, with only 2012's The Legendary Demos and various live records supplementing her ample studio discography. Hearing King banter lightheartedly between songs while at the height of her popularity is both humanizing and sweet. The real treat of this collection is the solo renditions of her Tapestry material. King achieved perfection with those songs, and hearing them shine in a minimal form just adds to their greatness.