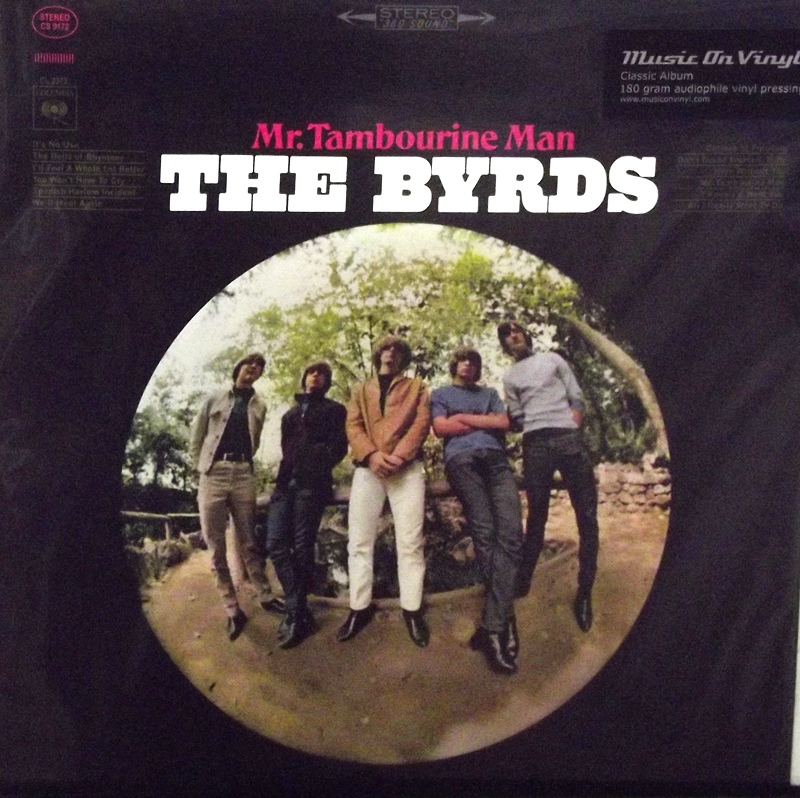 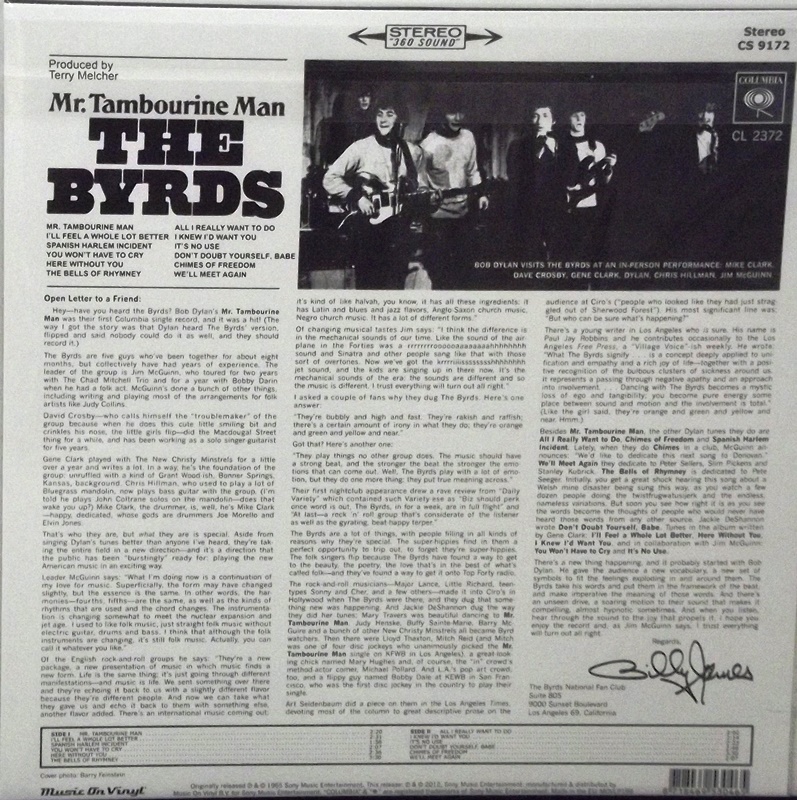 Mr. Tambourine Man is the debut album by the American folk rock band the Byrds and was released in June 1965 on Columbia Records (see 1965 in music).[1] The album, along with the single of the same name, established the band as an internationally successful rock act and was also influential in originating the musical style known as folk rock.[2] The term "folk rock" was, in fact, first coined by the U.S. music press to describe the band's sound in mid-1965, at around the same time that the "Mr. Tambourine Man" single reached the top of the Billboard chart.[3] The single and album also represented the first effective American challenge to t

The album peaked at number 6 on the Billboard Top LPs chart and reached number 7 in the United Kingdom.[5][6] The Bob Dylan penned "Mr. Tambourine Man" single was released ahead of the album in April 1965, reaching number 1 on both the Billboard Hot 100 and the UK Singles Chart.[6][7] A second single from the album, "All I Really Want to Do", also a Dylan cover, was moderately successful in the U.S., but fared better in the United Kingdom, where it reached the Top 10.[6][7]