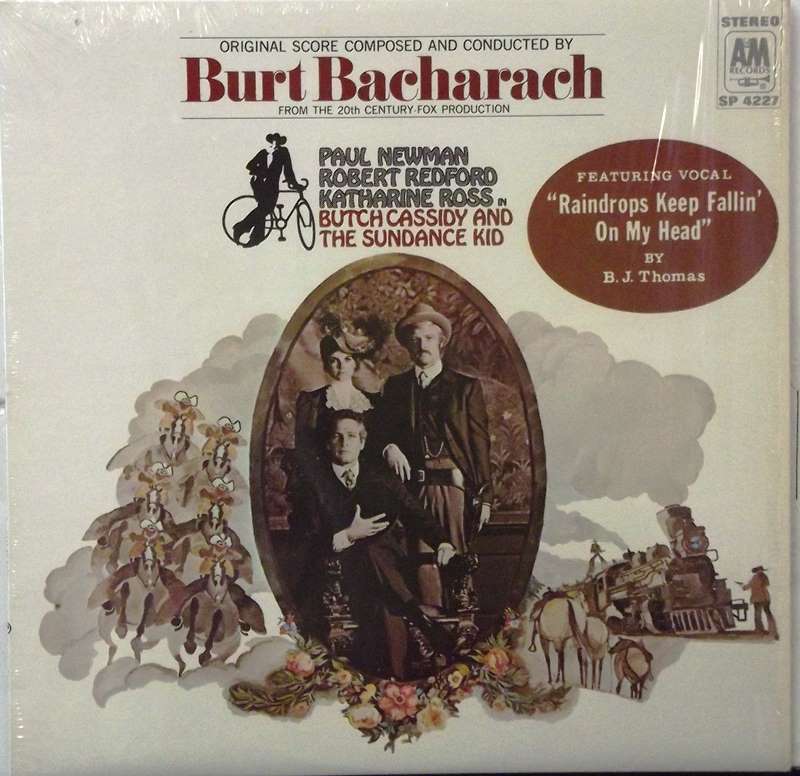 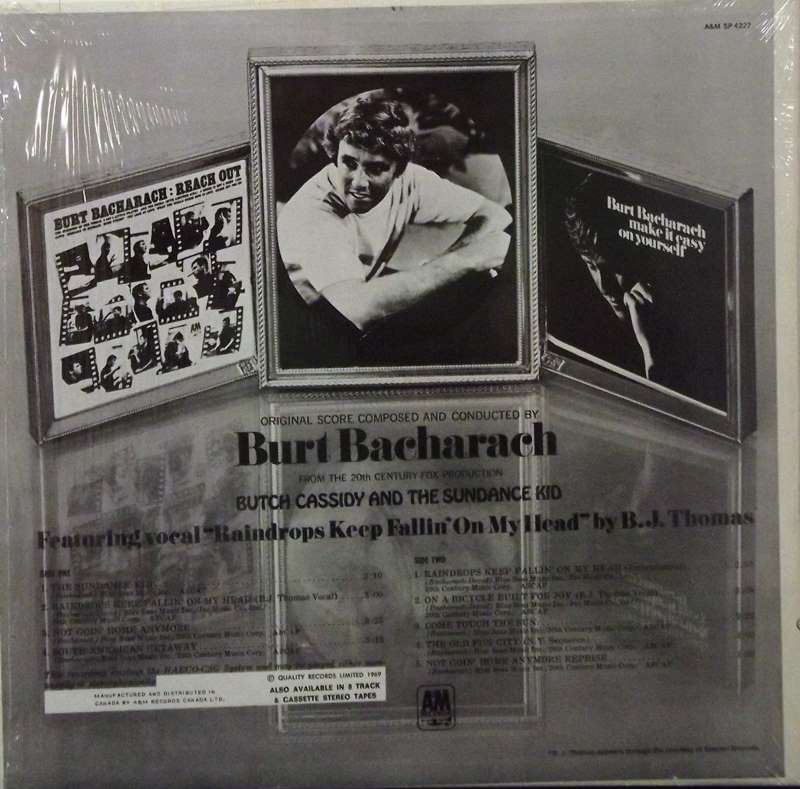 Very smart package good vinyl with minor marks and cover which is still in shrink.

In spite of its short length (26 minutes), Bacharach's Butch Cassidy & the Sundance Kid soundtrack is still a fine release. Many fans will be pleased to see one of his biggest hits here, the B.J. Thomas vehicle "Raindrops Keep Falling on My Head" (augmented by an instrumental and additional vocal version that add little). What's really intriguing, though, are the various instrumental settings for the film: the densely arranged, yet infectious opener "The Sundance Kid"; a languid bossa nova "Not Goin' Home Anymore" (Brazil goes way out west?); the raucous, vaudevillian production number "The Old Fun City"; and a soaring, Ennio Morricone-inspired ballad "Come Touch the Sun" (with its golden-toned trumpet solo, it's particularly reminiscent of Morricone's Once Upon a Time in the West soundtrack). The top number here, though, is "South American Getaway." With its beautifully layered choral harmonies, briskly swinging waltz rhythm, and hauntingly beautiful solo vocal (another Morricone touch), it, in fact, stands as one of Bacahrach's best. These instrumental tracks offer a nice contrast to Bacharach's more well-known pop vocal hits of the '60s and make Butch Cassidy and the Sundance Kid a must for both the casual and dedicated fan. And to make this soundtrack even more of a worthwhile purchase, it hopefully will be re-released as part of disc with another of Bacharach's late-'60s soundtracks like Casino Royale.