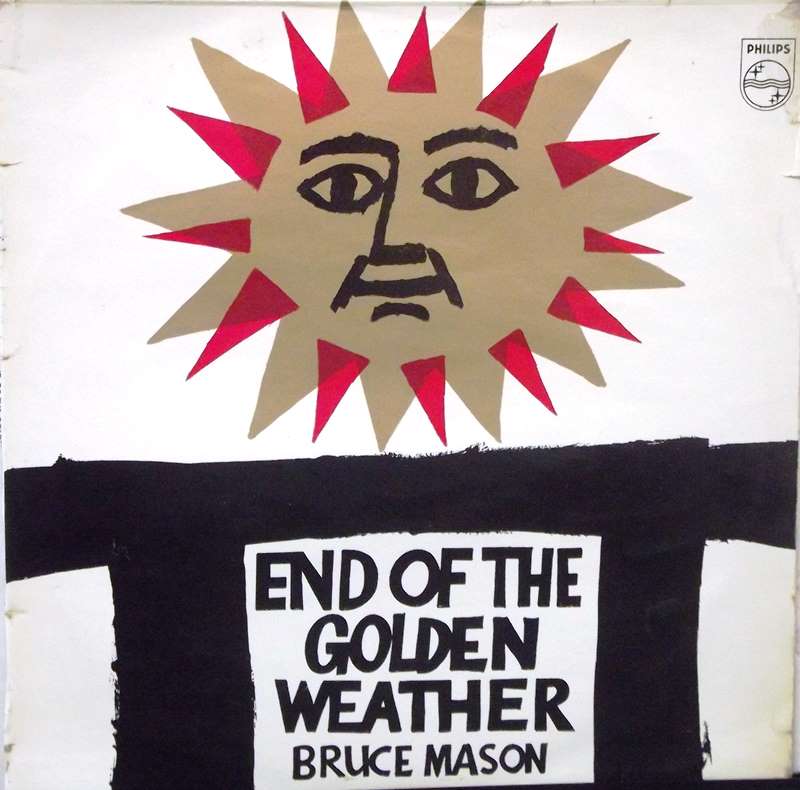 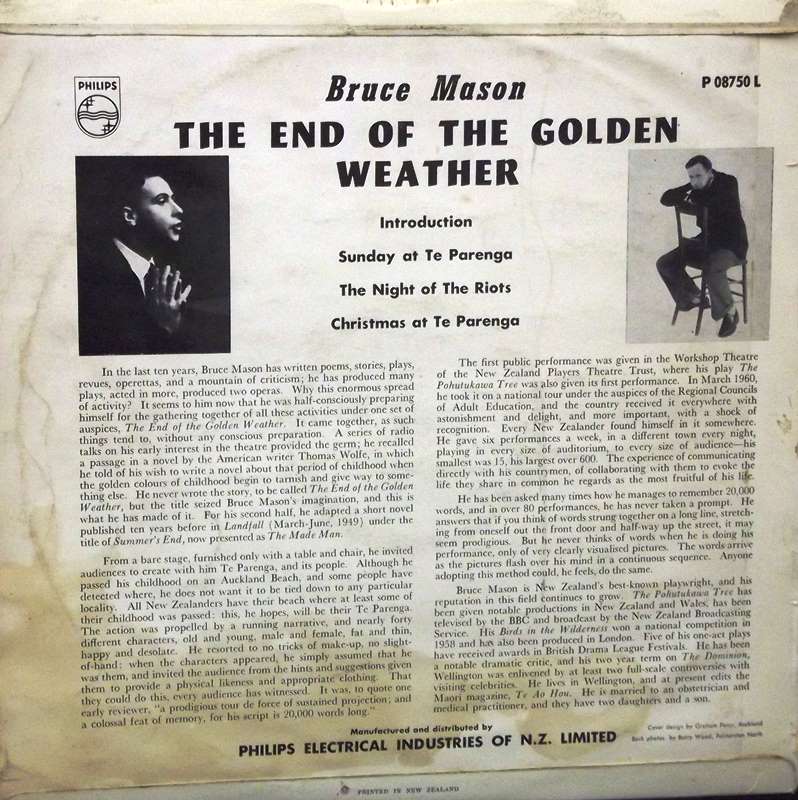 The End Of The Golden Weather

The End of the Golden Weather is a play by Bruce Mason about a boy's loss of innocence in Depression-era New Zealand. It was written for solo performance by the author but can be performed by an ensemble and was made into an award-winning feature film directed by Ian Mune in 1991.[1] It was workshopped in 1959 and first performed for the public in 1960. The script was published in 1962 and again in 1970 after Mason had performed it more than 500 times.[2] In 1963 he performed it at the Edinburgh Festival.

Set in the fictitious beachfront township of Te Parenga on Auckland's North Shore in the 1930s, the main character is a nameless boy of about 12 (called Geoff in the film), based on the young Mason and a man from his childhood.

The play is in four parts:

In the first half the boy spies on an abortive riot by his unemployed neighbours, and sees them and the local policeman in a new light. In the second, he befriends and tries to help a mentally challenged young man who has taken the name of a famous boxer, Firpo. Firpo wants to run in the Olympic Games and challenges local youths to a race on the beach, which he loses disastrously. Firpo is institutionalised, and the boy's greater understanding of the world's injustices is symbolized by the decay of the broom flowers at the site of Firpo's demolished bach (shack) at the end of summer.

Mason took the play's title from that of a novel the narrator in Thomas Wolfe's The Web and the Rock had wanted to write ([2] p 12). It has become a cliche in New Zealand for the end of summer.