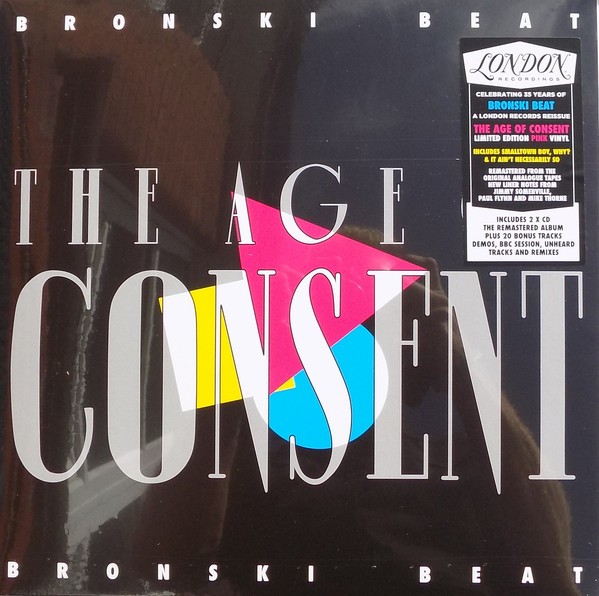 The Age Of Consent (Pink Vinyl)

The Age of Consent is the debut album by synthpop band Bronski Beat (Steve Bronski, Larry Steinbachek and Jimmy Somerville), released on London Records on 15 October 1984.[1] This was the only album released by the band to feature Somerville, who departed the band in 1985.