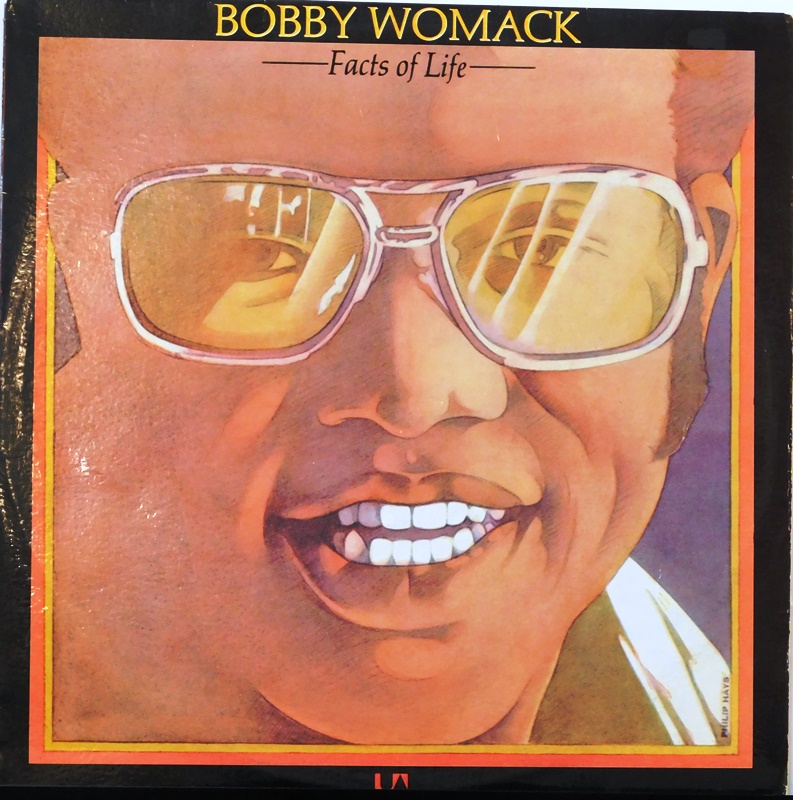 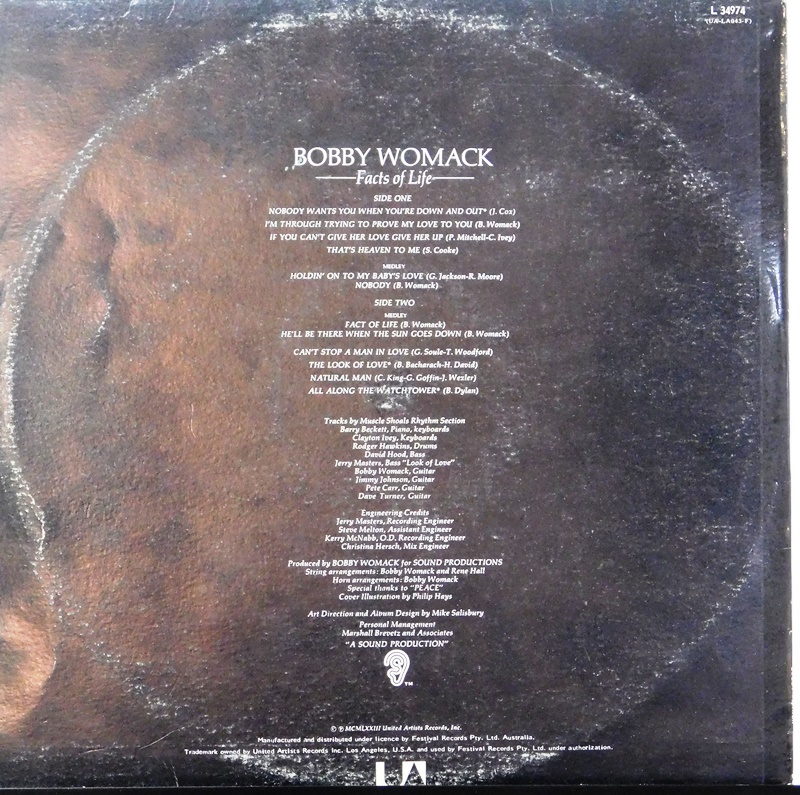 Nice clean vinyl with a smart gloss cover having ring wear on rear.

Facts of Life is the fifth studio album by American musician Bobby Womack. The album was released on June 8, 1973, by United Artists Records. The album raced to No. 6 on the US Billboard R&B chart. It also charted at No. 37 on the Billboard Pop chart. The album included the hit single "Nobody Wants You When You're Down and Out" (which charted No. 2 on the Billboard R&B Singles chart).