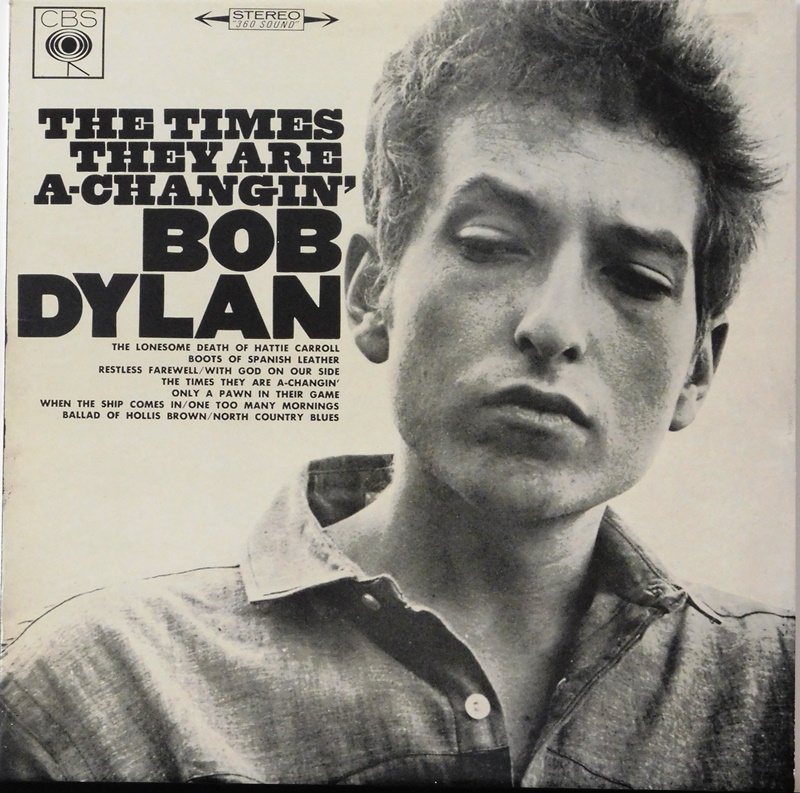 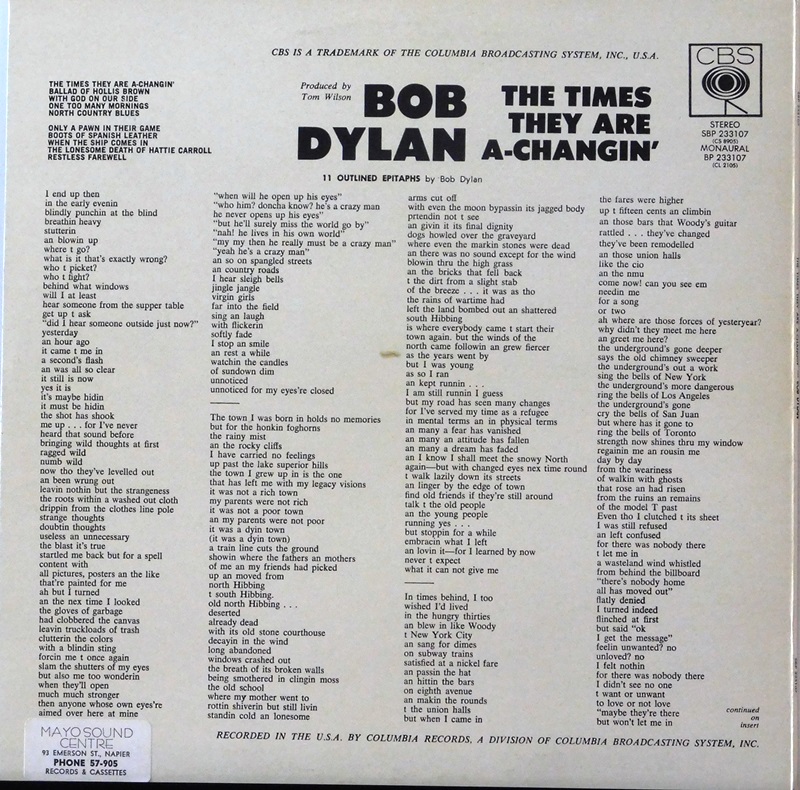 The Times They Are a-Changin' is the third studio album by American singer-songwriter Bob Dylan, released on January 13, 1964 by Columbia Records. Whereas his previous albums Bob Dylan and The Freewheelin' Bob Dylan consisted of original material among cover songs, Dylan's third album was the first to feature only original compositions. The album consists mostly of stark, sparsely arranged ballads concerning issues such as racism, poverty, and social change. The title track is one of Dylan's most famous; many feel that it captures the spirit of social and political upheaval that characterized the 1960s.

Some critics and fans were not quite as taken with the album as a whole, relative to his previous work, for its lack of humor or musical diversity. Still, The Times They Are a-Changin' peaked at No. 20 on the US chart, eventually going gold, and belatedly reaching No. 4 in the UK in 1965.