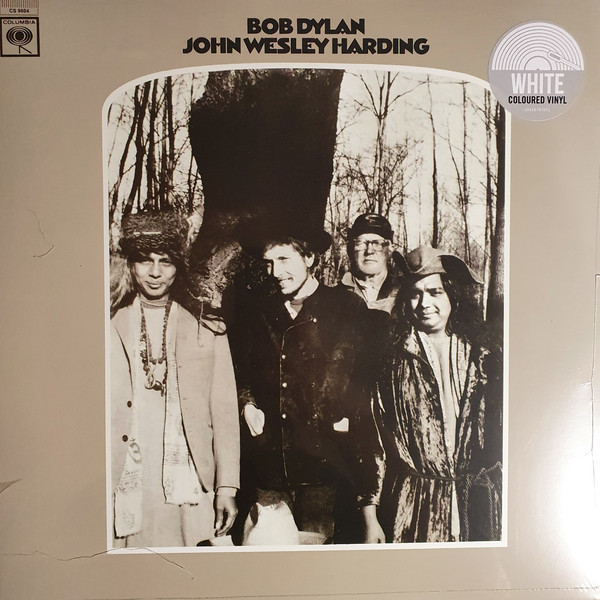 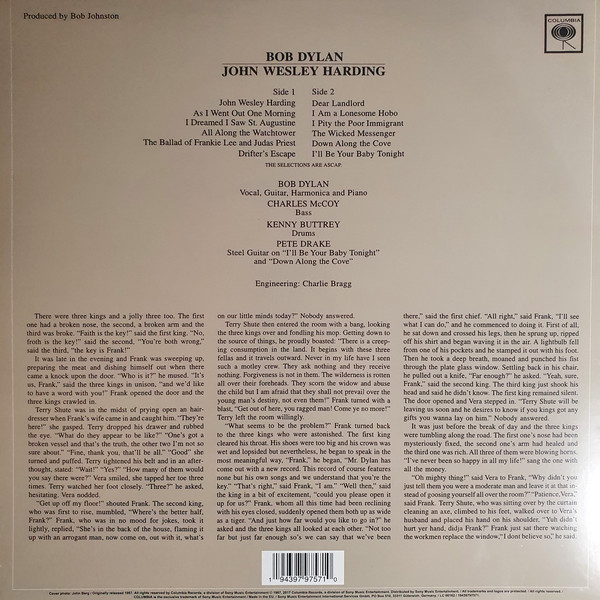 John Wesley Harding is the eighth studio album by American singer-songwriter Bob Dylan, released on December 27, 1967, by Columbia Records. Produced by Bob Johnston, the album marked Dylan's return to semi-acoustic instrumentation and folk-influenced songwriting after three albums of lyrically abstract, blues-indebted rock music. John Wesley Harding shares many stylistic threads with, and was recorded around the same time as, the prolific series of home recording sessions with The Band, partly released in 1975 as The Basement Tapes, and released in complete form in 2014 as The Bootleg Series Vol. 11: The Basement Tapes Complete.

John Wesley Harding was exceptionally well received by critics and sold well, reaching No. 2 on the U.S. charts and topping the UK charts. The commercial performance was considered remarkable considering that Dylan had kept Columbia from releasing the album with much promotion or publicity.[citation needed] Less than three months after its release, John Wesley Harding was certified gold by the RIAA. "All Along the Watchtower" became one of his most popular songs after Jimi Hendrix's rendition was released in the autumn of 1968.

The album is named after Texas outlaw John Wesley Hardin, whose name was misspelled.