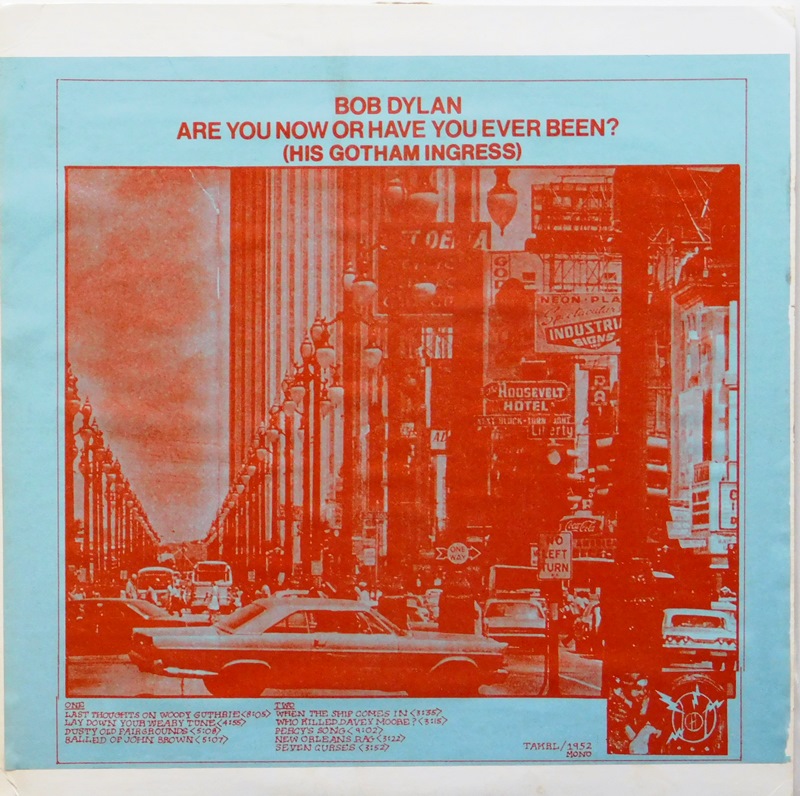 Are You Now Or Have You Ever Been? (His Gotham Ingress)

Very smart clean vinyl housed in a white card cover with the information sheet pasted on.

An incredible sounding 1974 TAKRL release.
The source is the famous un-released CBS album of the concert at Carnegie Hall, October 26, 1963 and [*tracks A1, A3, A4 & B4] *NY Town Hall, April 12, 1963. The shows were recorded to be released as a live Columbia album, but disputes arose (including CBS hesitating on the release of the well over 6 minute rambling soliloquy "Last Thoughts"). This seems to be the thorn in the side that doomed the project.
-the above from www.bobsboots.com