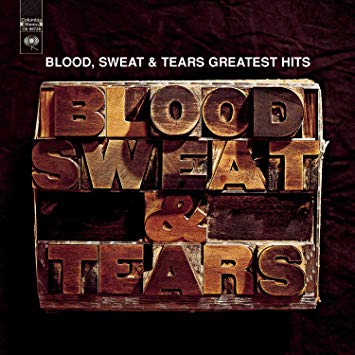 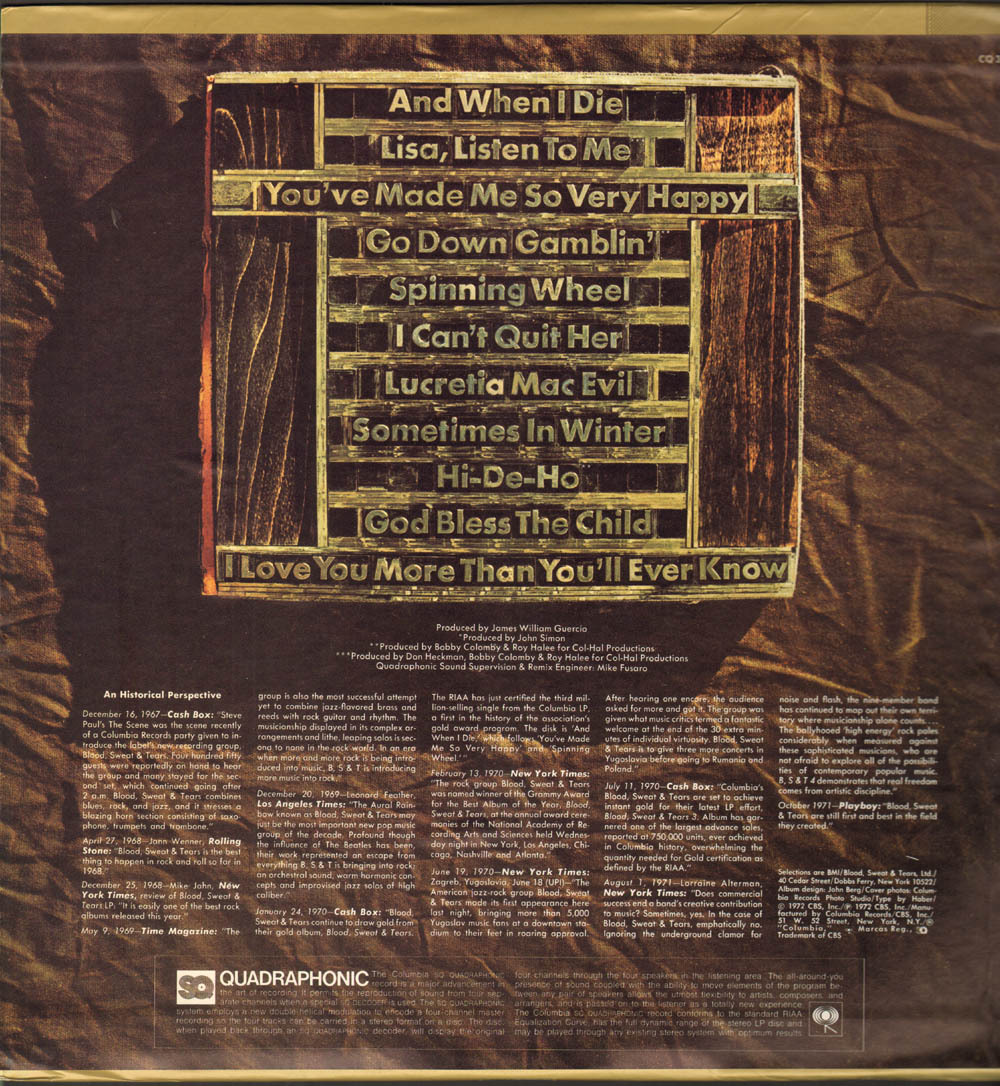 Very smart clean vinyl, has small name sticker on side one label, with a gloss cover having minor shelf wear.

Greatest Hits is a compilation album by the band Blood, Sweat & Tears, initially released in 1972.

Columbia initially chose to incorporate the edited single versions of many of the songs, a decision which was poorly received by some fans. Some later Compact Disc releases replaced the single versions with the full length album versions.

In 1999 the album was remastered and re-released on CD with two bonus tracks - "So Long Dixie" and "More And More". In 2016, Audio Fidelity released a Super Audio CD version with the single versions as in the original release. This was a numbered limited edition mastered by Steve Hoffman and Stephen Marsh.