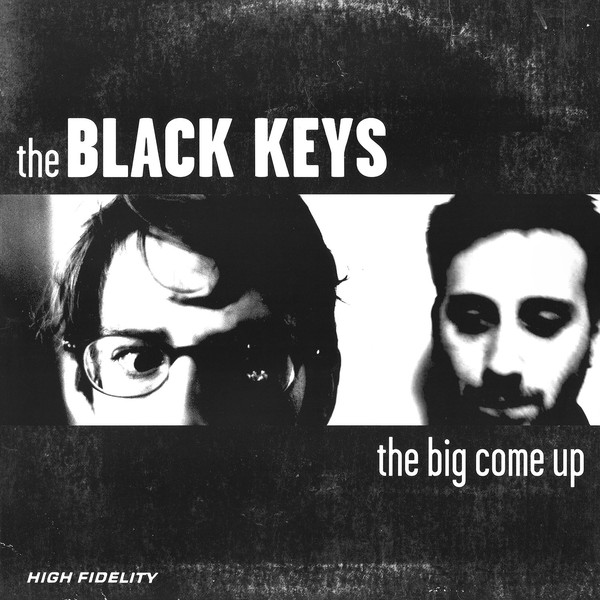 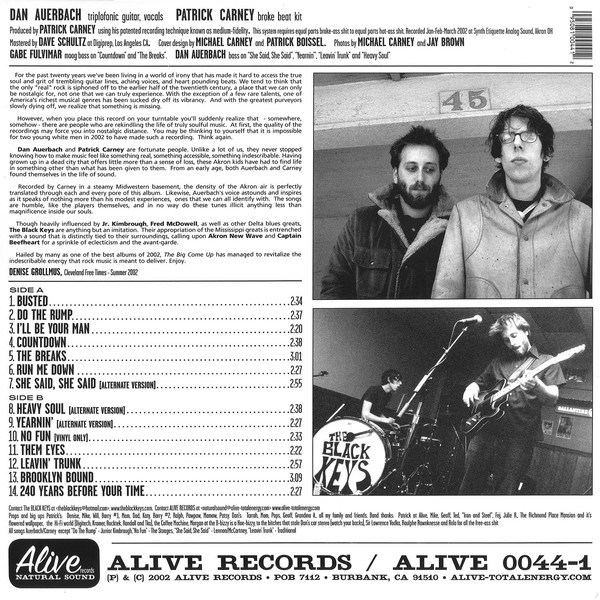 The Big Come Up is the debut studio album by the American rock duo The Black Keys, released on May 14, 2002 on Alive Records.

The album was created in Akron, Ohio, also known as the Rubber City.[7] As the two began to grow up, they realized that rubber companies, such as Goodyear, were a dying industry.[8] They knew they were not guaranteed an automatic job by achieving a college degree, so the two dropped out of college to pursue their musical career. They began producing "The Big Come Up" in their basement.[9] Carney and Auerbach recorded the album in Carney's basement, using two microphones bought off of eBay. They recorded their album on an 8-track tape recorder. The record contains thirteen songs. Eight of them are original tracks, with five cover songs. "240 Years Before Your Time", the closing track, becomes silent at about 1:39 into the track on the CD version. This silence lasts until 21:41.