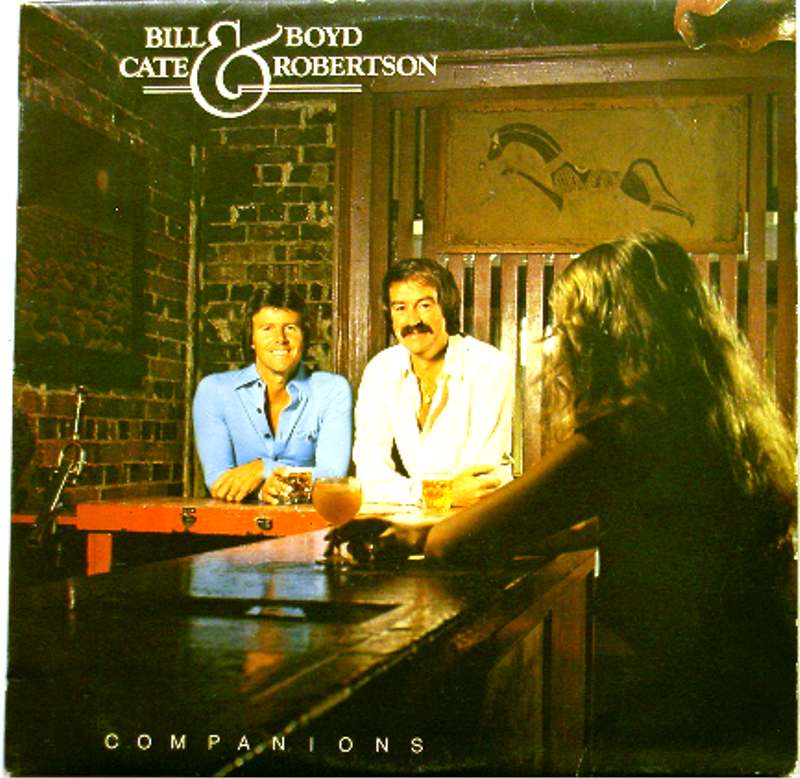 The duo 'Bill Cate & Boyd Robertson' (alias Bill & Boyd) teamed up while they were both still at college in Wellington, New Zealand. They started off playing at concerts for fellow students. Then they graduated to clubs and managed to score a recording deal with a local label. A succession of hits followed on the New Zealand charts and they toured the country several times.
Then, early in 1964, they left their following behind to further their careers in Australia. They wasted no time in releasing their first Australian hit in June of that year entitled "Chulu Chululu". It was a bright, sing-along song recorded live at the Rotorua Sound Shell in New Zealand.
The talented Kiwis were quick to gain popularity, appearing regularly on TV (particularly on Bandstand) and working clubs around Australia. After repeating their initial chart success and refining their act even further, they left for America early in 1968. In the US they toured with the Supremes and Herb Alpert. The highlight of the tour was a mammoth performance at Central Park in New York.

On their return to Australia, they established themselves as a top club act. In 1970, they joined Ron Tudor's newly formed Fable label. Their first release, in July 70, was a version of "It's A Small World" which, although a steady seller, didn't quite make the top forty. They had several releases over the next four years including the patriotic "Aussie" single in July 1974. However, their big chart re-entry came in January 1975 with "Santa Never Made It To Darwin". The song, of course, referred to the Cyclone Tracy disaster which devastated Darwin on the Christmas Eve just prior. It was recorded with the intention of raising funds for the appeal from royalties. Bill and Boyd's aim was more than satisfactorily achieved when the record made number one nationally.

In mid 1975, the duo released an album entitled Bill & Boyd (which Fable hope to revamp and re-release early in 1978) and hit the charts at the end of the year with "Put Another Log On The Fire", and Bill and Boyd were a household name in Australia.  After that they took a break from recording and concentrated on touring.
After over 15 years playing together, Bill & Boyd were at the peak of their career, performing on a Dinah Shore TV special filmed at the Sydney Opera House, and touring with Glen Campbell. This connection led to Campbell producing an album for the duo in Los Angeles, using his own backing band. When Companions was released in Feb 1979 they were dividing their time between England and the US, but they still regarded themselves as New Zealanders. On the TV show Dinah they agreed to perform only if a National Film Unit clip on New Zealand was screened while they were singing. “That clip was so long,” Cate told Gordon Campbell, “that we must have gone through about 50 repeats of ‘Pokarekare Ana’.”
. 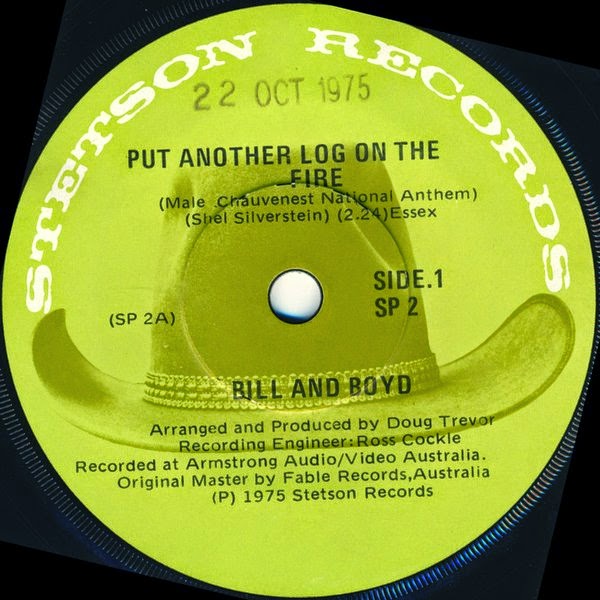 Bill and Boyd continued to perform together until 1989, more than 30 years after they first traded harmonies. In Australasia, perhaps only the Bee Gees could claim a longer career – but they were related. As John Dix wrote a year earlier, “Schoolmates at Wellington’s Naenae College, Bill Cate and Boyd Robertson must really like each other.”
J & B Records have released an album of their all time greatest hits called 'Dreamin'  and in 2003 we finally got a CD compilation from EMI of all their greatest hits. A long time coming indeed.