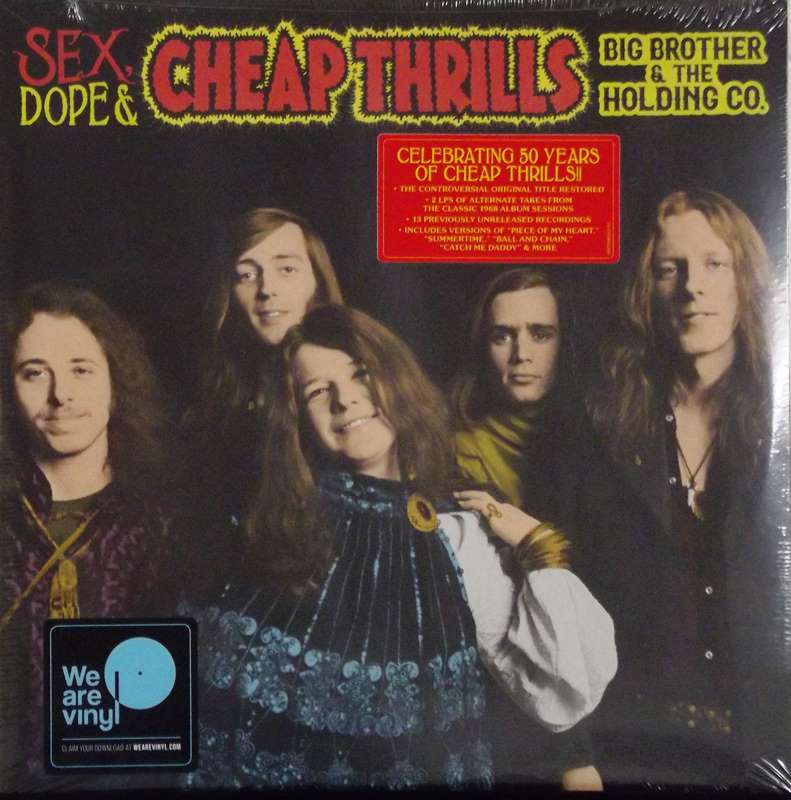 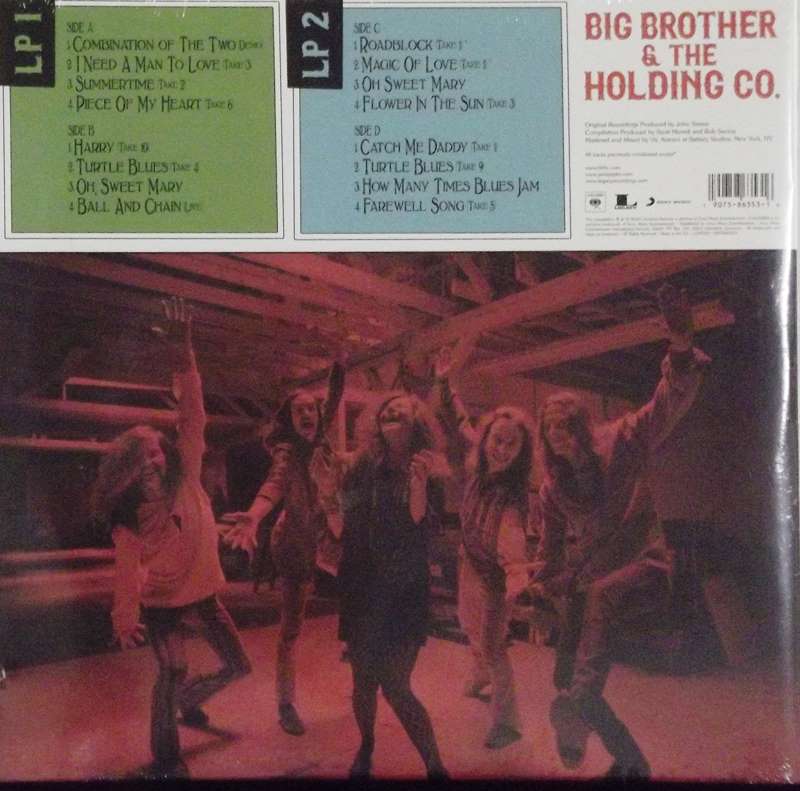 Back in 1968, when Big Brother & the Holding Company made their second album, the LP they planned to release was scuttled by the record company.

The title was shortened from Sex, Dope and Cheap Thrills to just Cheap Thrills, and the studio songs they recorded were mixed in with audience sounds to give listeners the impression it was a concert album – partly because San Francisco bands were known for their powerhouse live shows at the time. Plus, one actual live song was thrown onto the record at the end.

It was kind of a mess, but Cheap Thrills managed to shed most of these behind-the-scenes problems when it came out in August 1968 and rocketed to No. 1, making Big Brother's singer and focal point – the still-unknown Janis Joplin – a star. And even though the rest of the band could be sloppy in its approach at times, Cheap Thrills turned into one of the era's greatest albums and a landmark showcase for the thrilling Joplin.

To celebrate its 50th anniversary, nearly 30 songs from the sessions are collected on Sex, Dope and Cheap Thrills, a re-imagining of sorts of that milestone record. More than two dozen of the tracks are previously unreleased – including a live "Ball and Chain," the sole original Cheap Thrills concert recording – and various versions chart the progression of certain songs. So, this new take on an old classic turns out to be more companion than replacement.

And even if the songs that ended up on Cheap Thrills don't sound all that different in these discarded versions, a few stand out, like a run-through of "Piece of My Heart" that includes a more scarred and tortured Joplin performance, and an early stab at "Summertime" that works out some of the kinks in real time. And the set-opening "Combination of the Two" – Sex, Dope and Cheap Thrills plays out like the original album during its first part, so this was Cheap Thrills' first song too – is nearly as good as the one that's been around for half a century.

Still, the star here – just like on the original LP – is Joplin, delivering her breakthrough performance with a confidence that pretty much just barrels through the rest of the band's shortcomings. Her ragged voice doesn't so much swing as it hammers; there's real passion here as her tributes to her blues and R&B heroes move from cautious reverence to total takeover.

She charges through "Roadblock" and gets soulful on "Farewell Song," two songs from the sessions that didn't make the final album and which sorta summarize the Big Brother and the Holding Company aesthetic in 1968. Not long after Cheap Thrills' release, Joplin – her stock considerably risen – and guitarist Sam Andrew left to form the Kozmic Blues Band and, effectively, plant the seeds of her solo career.

Sex, Dope and Cheap Thrills includes some studio chatter and rough takes that take you inside the studio as the band's classic album was being made. But in the end, these two discs don't offer anything you can't get from the single LP. Still, it captures a couple of months in 1968 before the storm hit and changed everything for the group and, more importantly, its up-and-coming singer.