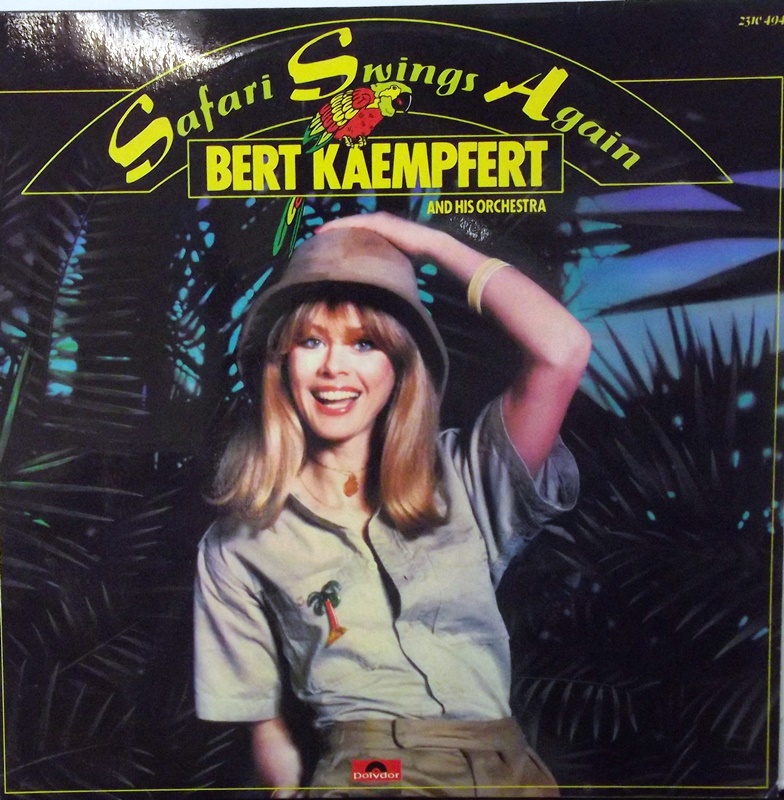 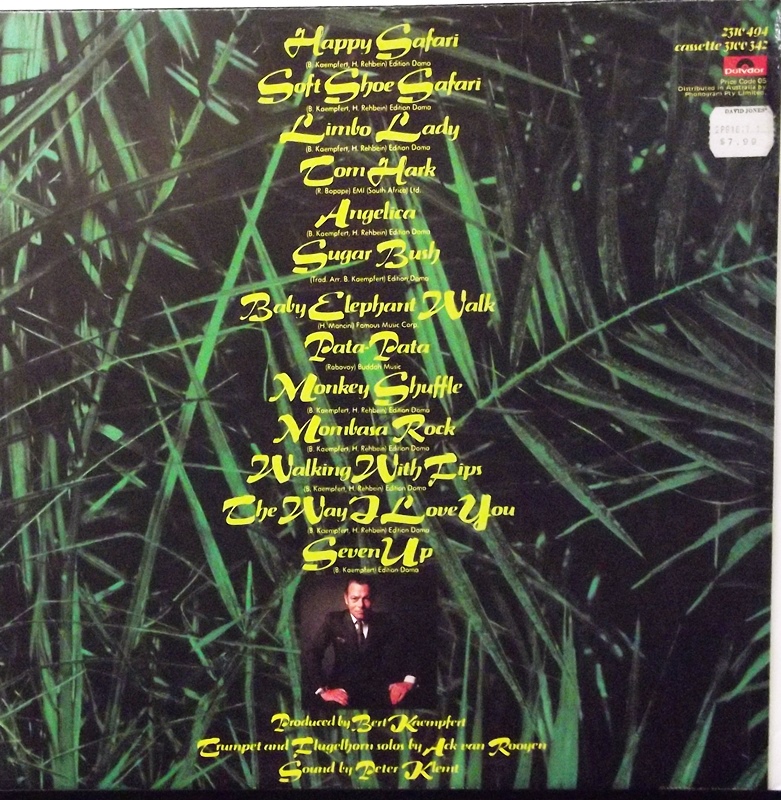 This album was produced in October 1976, and again it was recorded in the Polydor Studio in Hamburg by sound engineer Peter Klemt.

As the title suggests, Bert Kaempfert consciously wanted this to be a follow-up to his legendary LP A SWINGIN’ SAFARI, but with a larger orchestra than for the first production. Further sound attractions are provided in lengthy solos by Ack van Rooyen (trumpet) and Jiggs Whigham (trombone).

The nine original compositions by Bert Kaempfert and Herbert Rehbein are not only complemented by Tom Hark with its stimulating improvisatory interplay of trumpet and trombone, but also Pata Pata, a top-ten hit for the South African-born singer Miriam Makeba, and the traditional Sugar Bush, taken from the South African collection ‘Songs from the Veld’ and performed by great artists such as Doris Day and Frankie Laine.

And last but not least, we have Henry Mancini’s Baby Elephant Walk from the film ‘Hatari!’ starring John Wayne, which, set against the rhythm of Bert Kaempfert’s ‘Afrikaan Sound’, takes on a whole new interesting dimension.