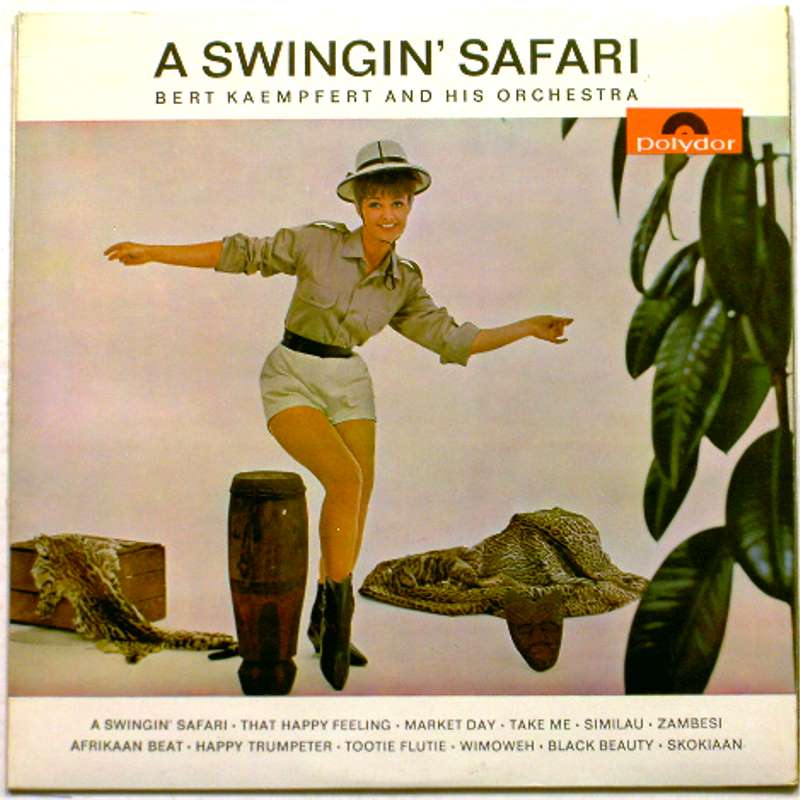 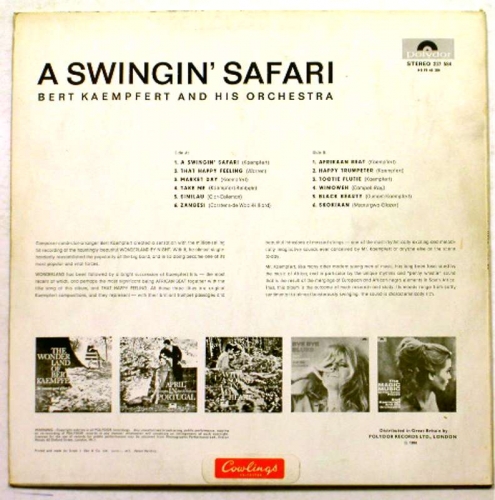 "A Swingin' Safari" is an instrumental composed by Bert Kaempfert (using his alias, Bernd Bertie) in 1962. It was recorded by Kaempfert on Polydor Records and released in the United States on Decca Records, but failed to chart. That same year, Billy Vaughn recorded it, and his cover reached number 13 on the Billboard charts that summer.

The song features a distinctive main theme played on the tin whistle and a trumpet solo by Manfred "Fred" Moch. Kaempfert's original version served as the original theme music to the television game show The Match Game, from 1962 to 1967. It is also featured as the main theme in the Swedish game show called Vi i femman, where two teams of fifth-graders compete against each other.

The song was the title track of an LP consisting of orchestrations of the South African kwela style of penny-whistle music popular in the 1950s.