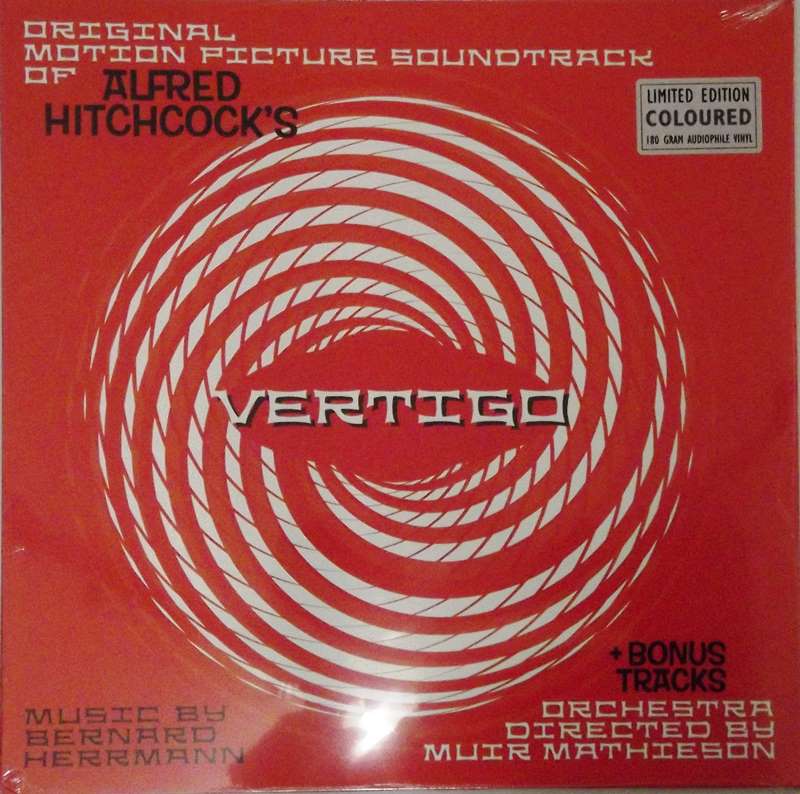 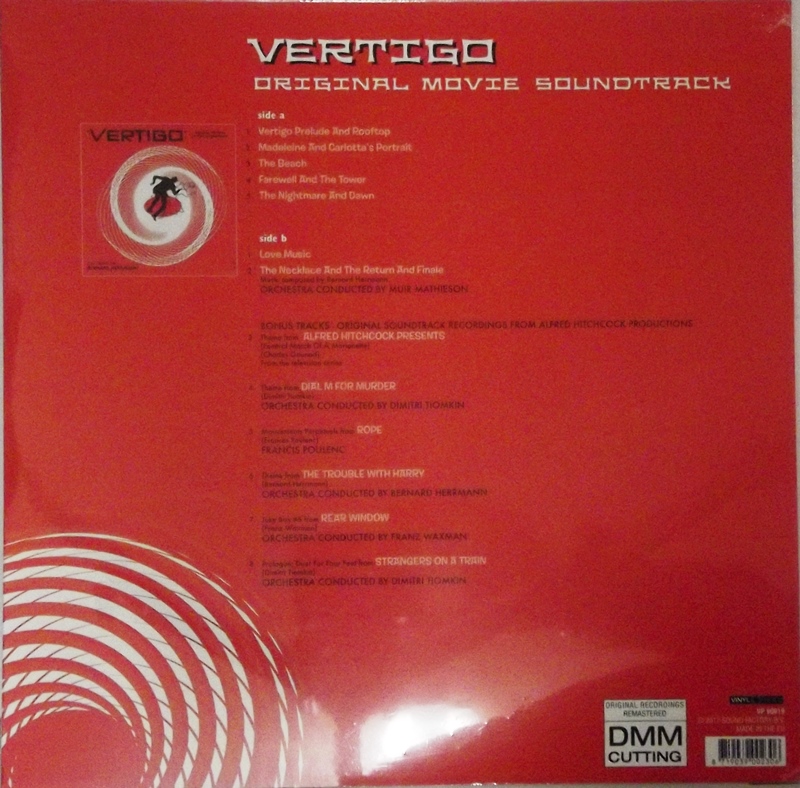 Herrmann develops longer melodies but employs his same variation and "cell" techniques in this score, one of his finest, played here by the Sinfonia of London and conducted by Muir Mathieson. The 1958 film opens on high energy drama, with a propulsive polytonal arpeggio (E flat minor over D minor) in triplets, one of the central motifs throughout (and recalling the opening of The Day The Earth Stood Still). As an amusing touch, when the credit "Directed by Alfred Hitchcock" appears, we hear a low, rotund D note on the tuba. The Rooftop cue opens with James Stewart, as plainclothes detective Scottie Ferguson, chasing a suspect across San Francisco rooftops. He slips, hangs onto a rain gutter, and we hear a wash of harp glissandos each time he looks at the distant ground (the "vertigo" cell). A lovely melody accompanies Scottie's first sight of Madeline, whom he is hired to tail. A soft pulse on a harp D note and quiet tango rhythm accompany Scottie's realization of how a portrait of Carlotta Valdes closely resembles Madeline. In the Farewell cue, the two drive to a Spanish mission that appears in Madeline's strange dream and we hear a mix of her theme, the Prelude and the Habeñera. In The Tower cue, stabs from the brass and winds are mixed with rushing arpeggios and harp glissandos. Through a window, Scottie sees Madeline appear to fall to her death. The Nightmare is a more abstracted version of the Habeñera. Upon The Return to the mission, the "vertigo" glissandos are heard interspersed with polytonal chords in the brass, and, in the Finale, poetic justice occurs to concluding brass chords as Scottie stares at his dead love on the ground below.