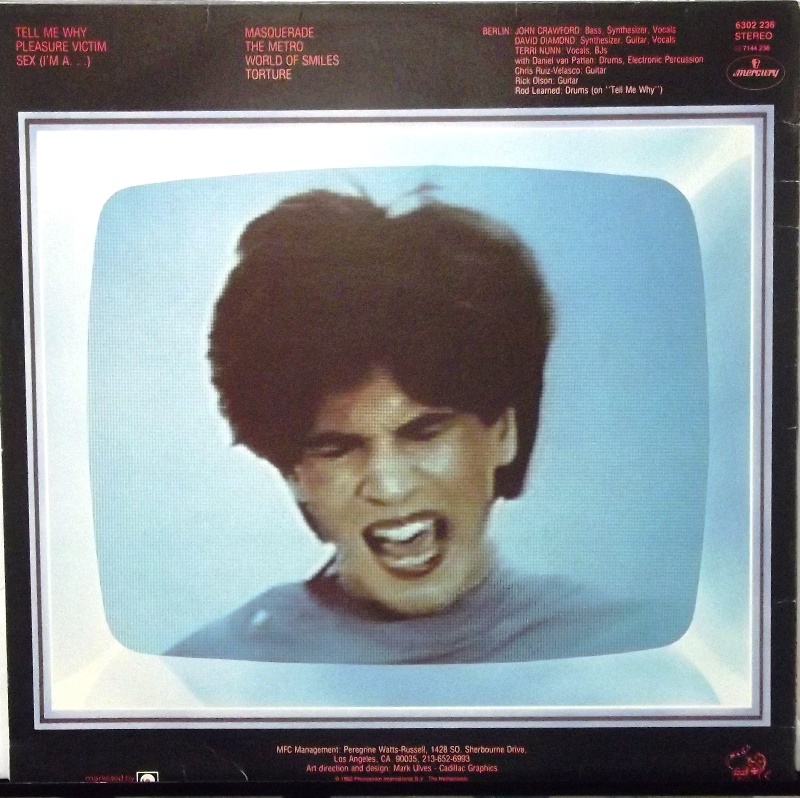 Pleasure Victim is the second studio album by the American new wave band Berlin. The original album was recorded in 1982 and released that year by independent label Enigma Records. After considerable attention received by the second single, "Sex (I'm A...)", the album was re-released worldwide by Geffen Records on January 26, 1983. The album marked the return of lead singer Terri Nunn to the group. To date, it is Berlin's best-selling album and was certified gold by the RIAA in September 1984 and platinum in February 1993.[1] It is the only one of Berlin's albums to be certified platinum and the first that reached gold; two subsequent studio albums and a greatest hits compilation were also certified gold.[2]

All songs were written by bassist John Crawford, except "Sex (I'm A...)", to which Nunn and keyboardist David Diamond contributed, and "Masquerade", written by Chris Ruiz-Velasco.