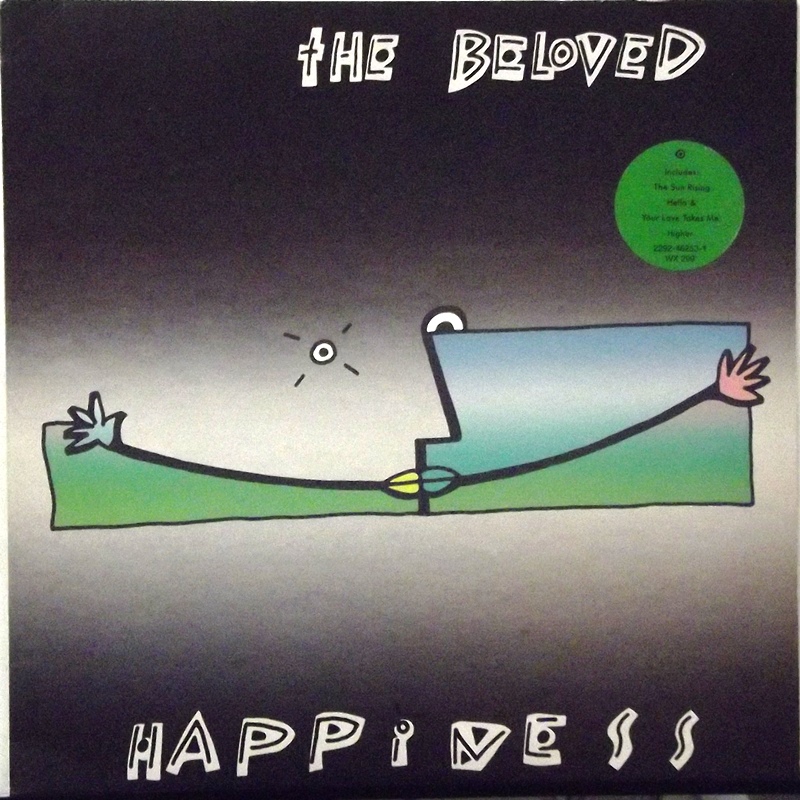 Happiness is a 1990 album from British pop band The Beloved. The album reached #14 on the UK Albums Chart on its release, in March 1990, and subsequently reached #154 on the US Billboard 200 Pop Albums Chart.

Having slimmed down from a four piece to a duo comprising Jon Marsh and Steve Waddington in 1987, following the departure of original members Tim Havard and Guy Gausden, Marsh and Waddington soon fell under the influence of the burgeoning Acid House scene emerging in London at the time, from clubs such as Shoom. The duo changed their style from the New Order-influenced synthpop, and took in influences from acid house, pop and techno (the record also features Chicago house diva Kym Mazelle on female vocals).

The change in style proved to be their commercial breakthrough, as the album yielded three Top 40 UK singles – "The Sun Rising" at #26, "Hello" at #19, and "Your Love Takes Me Higher" at #39. A fourth single, "Time After Time" failed at Number 46 in the UK, but was one of the group's most popular songs in some European countries, including Italy, where the long playing work became known soon after the release of the final single, which also caused the previous singles to be reissued. The success of the album was so big as to push the band to release a whole remix album, called Blissed Out, in 1991, including almost all of the original album's songs, in one or more remixed versions, and a number of additional tracks, mostly instrumental.