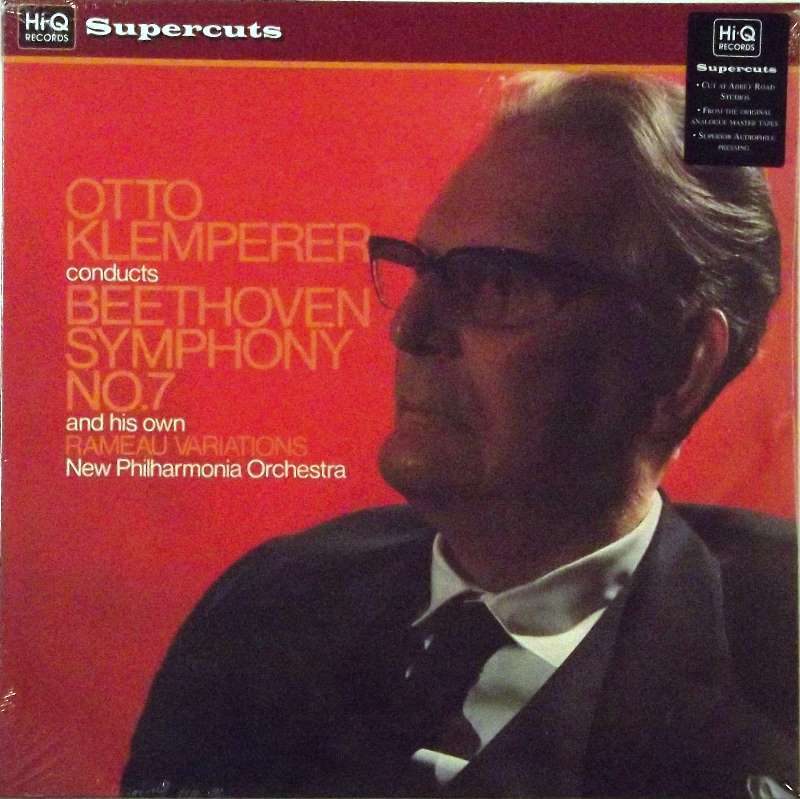 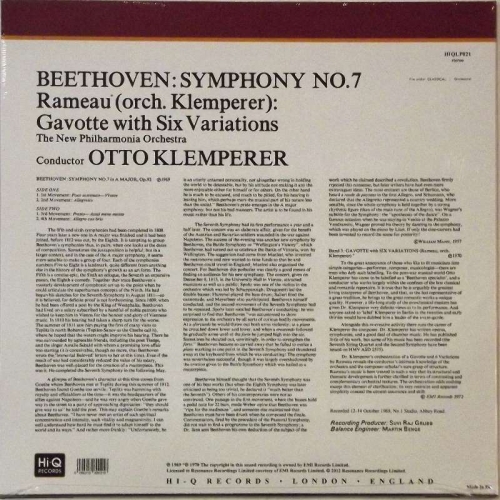 Symphony No.7 in A

Otto Klemperer (1885-1973) is remembered more as an old man whose last years embraced the refinement of analogue stereo recording and the burgeoning of colour television (his performances of Beethoven Symphonies at the Royal Festival Hall were captured by the BBC).

As a young man though, he was at the vanguard of much of the new music of the 20th century, and was friends with Mahler (assisting at the premiere of Mahler's 8th Symphony) and championed works by Janacek, Schoenberg, Stravinsky and Hindemith, as well as being a composer himself.

Arguably his greatest legacy is the raft of superb recordings he made for EMI from 1954 until 1971, with his interpretations of Beethoven and Brahms symphonies particularly celebrated.