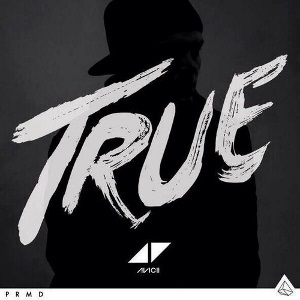 True is the debut studio album by Swedish electronic music producer Avicii, released on 13 September 2013 by PRMD Music and Island Records. Avicii said that sonically, the album would move away from his earlier house music sound on previous records by incorporating elements of other genres such as country music. True was preceded by the release of the Aloe Blacc-assisted "Wake Me Up!" that featured a rare Marantz Enhanced Digital Stereo audio track and topped several charts around the world, and "You Make Me", which features vocals from Swedish artist Salem Al Fakir.

True debuted at number two on the UK Albums Chart and peaked within the top-ten of at least ten countries; it subsequently re-peaked at number two on the chart in February 2014.[5][6] On 24 March 2014, Avicii released a remixed version of the album titled True (Avicii by Avicii). A two-disc edition, comprising the standard 10-track edition alongside the remix album featuring a new album cover, was released in June 2014.[7]