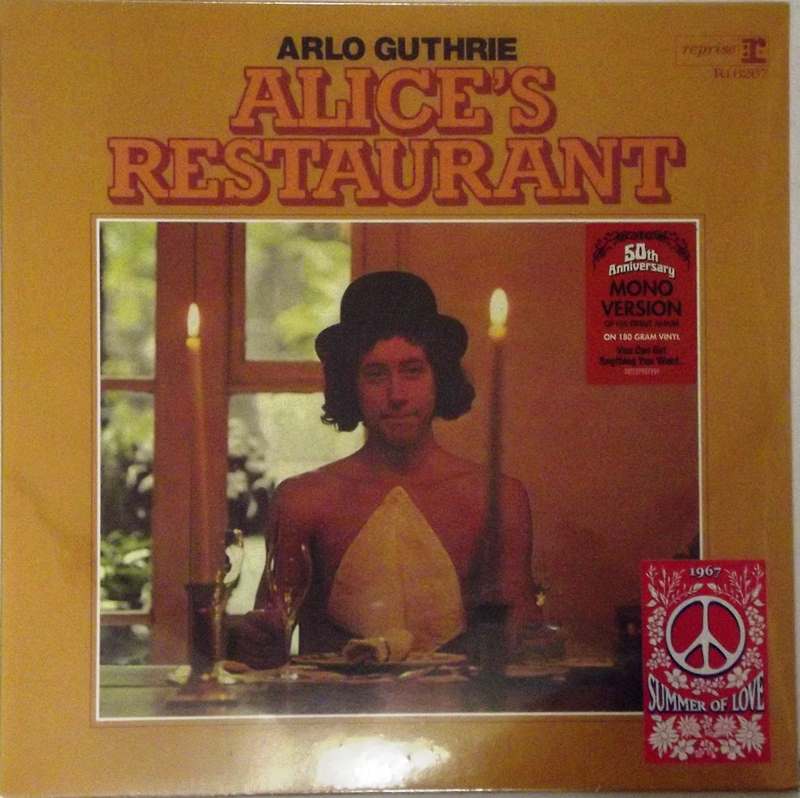 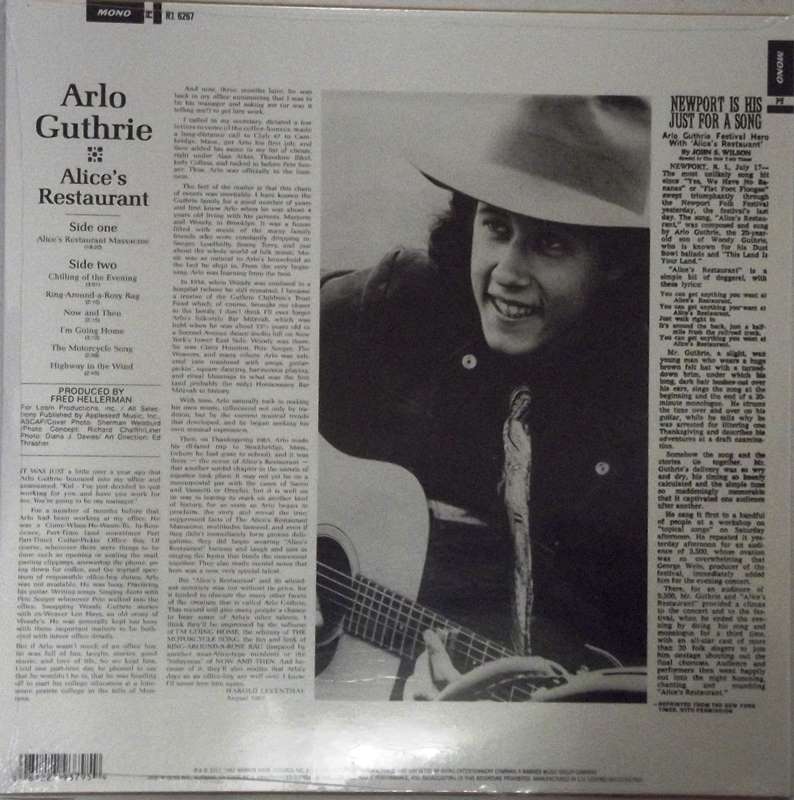 "Alice's Restaurant Massacree" is a record by singer-songwriter Arlo Guthrie, released as the title track to his 1967 debut album Alice's Restaurant. It is notable as a satirical, first-person account of 1960s counterculture, in addition to being a hit song in its own right and an inspiration for the 1969 film, also named Alice's Restaurant. The song is Guthrie's most prominent work, based on a true incident from his life that began on Thanksgiving Day 1965 with a citation for littering, and ended with the refusal of the U.S. Army to draft him because of his conviction for that crime. The ironic punch line of the story is that, in the words of Guthrie, "I'm sittin' here on the Group W bench 'cause you want to know if I'm moral enough to join the Army—burn women, kids, houses and villages—after bein' a litterbug." The final part of the song is an encouragement for the listeners to sing along, to resist the draft, and to end war.