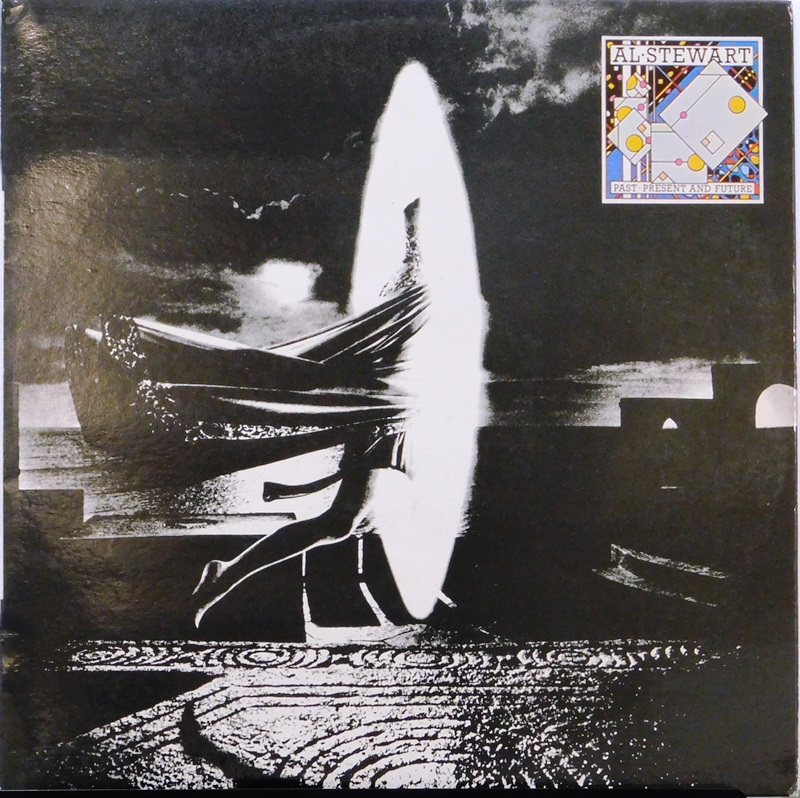 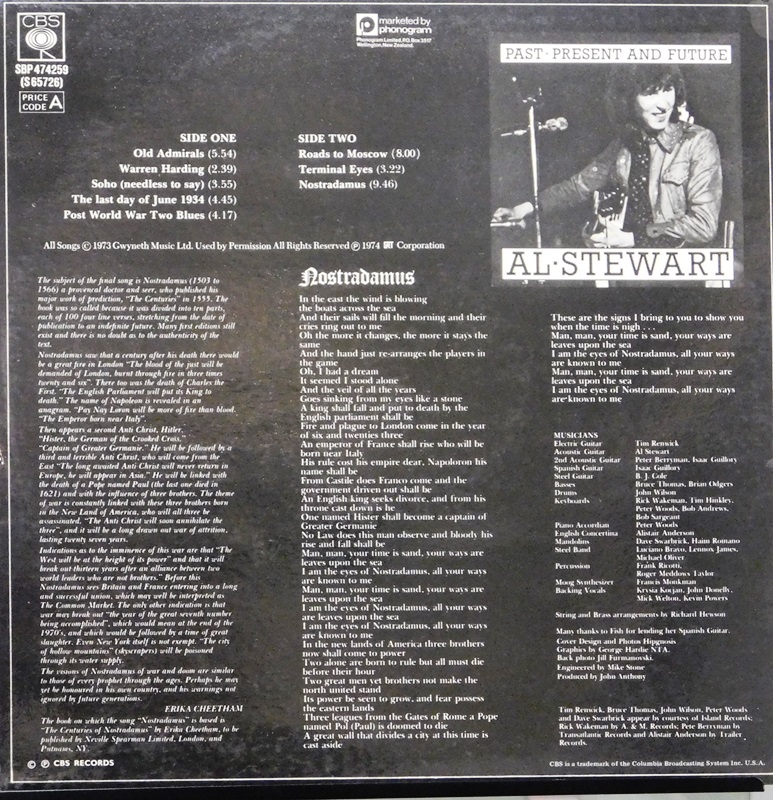 Past, Present and Future is Al Stewart's fifth studio album, released in October 1973 in the UK and in May 1974 in the US. This album is considered Stewart's first "major album" and it reached #133 on the Billboard Rock Album chart in 1974. He had taken on a different approach from his previous, folkier work, an approach that would stay with him for most of his career. All songs on this record have historical themes, each song representing a decade of the 20th century. The final song, "Nostradamus," is about the famous supposed prophet and his prophecies.

In the programme for the UK concert tour that promoted the album, Stewart is quoted as saying "My first four albums have been, for me, an apprenticeship. The new album.....is my thesis". It states that the album "is set for release on CBS in early October. 'Terminal Eyes' is released as a single on September 28th."