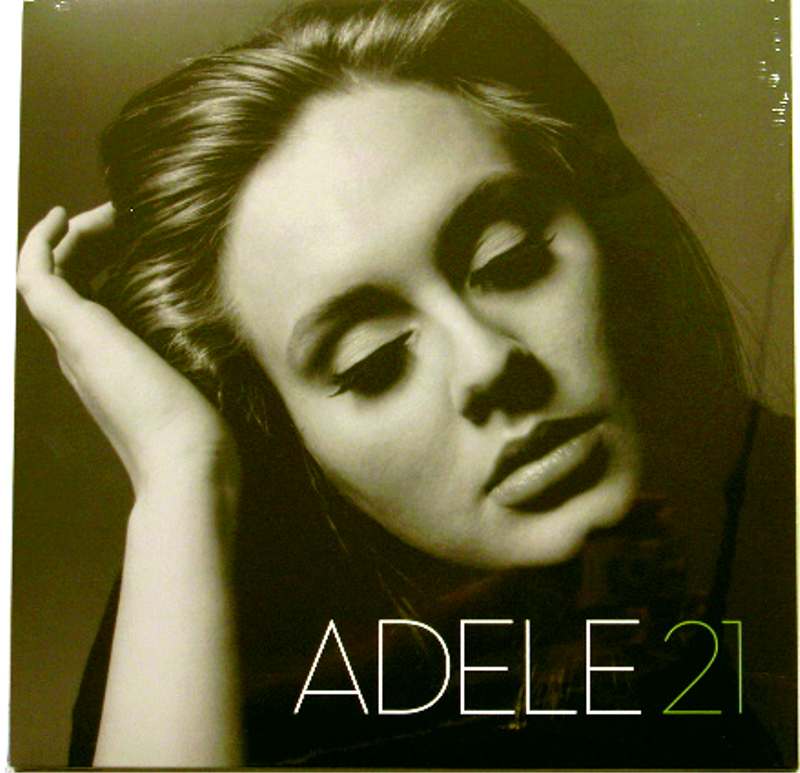 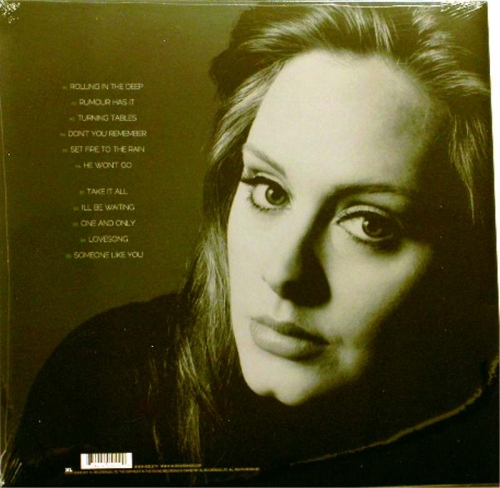 21 is the second studio album by English singer-songwriter Adele. It was released on 24 January 2011[1] in Europe and on 22 February 2011 in North America by XL Recordings and Columbia Records. The album was named after the age of the singer during its production. 21 shares the folk and Motown soul influences of her 2008 debut album 19, but was further inspired by the American country and Southern blues music to which she had been exposed during the North American leg of her 2008–09 tour An Evening with Adele. Composed in the aftermath of the singer's separation from her then partner, the album typifies the near dormant tradition of the confessional singer-songwriter in its exploration of heartbreak, introspection, and forgiveness.

Adele began writing 21 in April 2009, when still involved in the relationship that subsequently inspired the record. Dissatisfied with once again portraying herself as the musical tragedian of her debut, she had intended to compose a more upbeat and contemporary follow-up. However, studio sessions ended prematurely due to a lack of inspiration. She resumed production immediately after the breakdown of her relationship, channelling her heartbreak and depression into her songs. Adele collaborated with various songwriters and producers, including Columbia Records co-president Rick Rubin, Paul Epworth, Ryan Tedder, Jim Abbiss, and Dan Wilson.

Praised by critics for its understated production, vintage aesthetic, and Adele's vocal performance, 21 defied the modest commercial expectations of her independent record label XL Recordings. The album topped the charts in more than 30 countries and became the world's best-selling album of the year for 2011 and 2012. In the United Kingdom, it is the best-selling album of the 21st century, the fourth best-selling album of all time, and the best-selling album by a solo artist of all time, while its 23-week tenure atop the UK Albums Chart is the longest by a female solo artist. In the United States, the album held the top position for 24 weeks, longer than any other album since 1985 and the longest by a female solo artist in Billboard 200 history.[2] In addition, it had the most weeks on the Billboard 200 chart of any album by a woman[3] and was ranked as the "Greatest Billboard 200 Album of All Time."[2] It was certified Diamond by the Recording Industry Association America (RIAA).

Five singles were released to promote the album, with "Rolling in the Deep," "Someone like You" and "Set Fire to the Rain" becoming international number-one songs, while "Rumour Has It" charted in the top 20 across Europe and North America. 21 was the biggest selling musical release of both 2011 and 2012 and helped revitalise the lagging sales of the UK and US music industry. With sales of over 31 million copies worldwide, it is the best-selling album of the 21st century, and one of the best-selling albums of all time.[4][5] 21 is widely cited by music scholars, critics and music listeners alike as one of the greatest albums of all-time. It is ranked amongst Rolling Stone's 500 Greatest Albums of All Time, and is included in the book 1001 Albums You Must Hear Before You Die. Critics hailed the album as a shift from the overtly sexual and musically bombastic status quo and attributed its success to its deeply autobiographical yet universal songs. Shortlisted for the 2011 Mercury Prize, 21 won the 2012 Grammy Award for Album of the Year and the Brit Award for British Album of the Year.