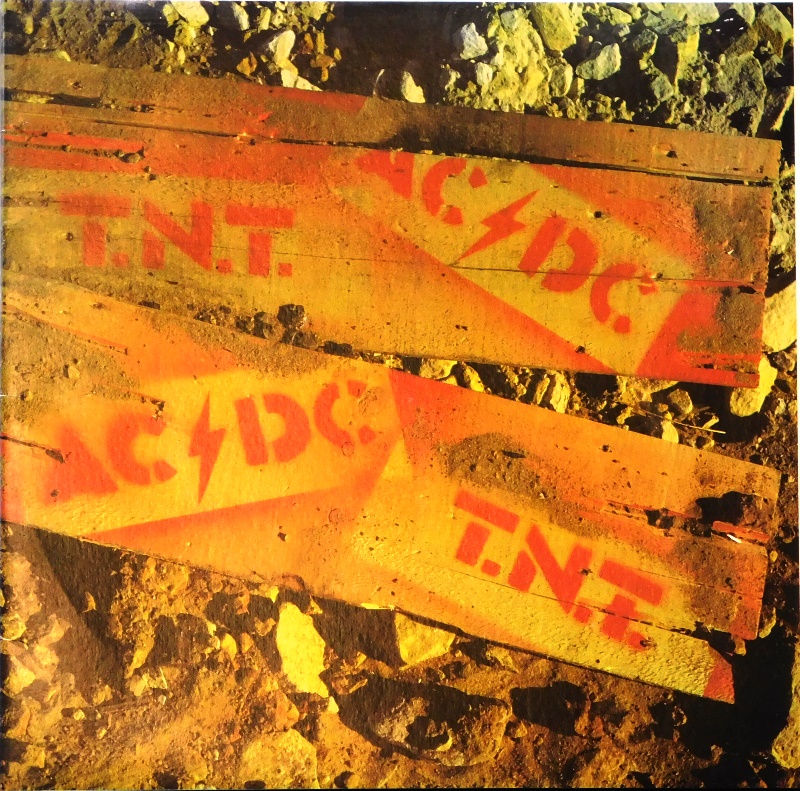 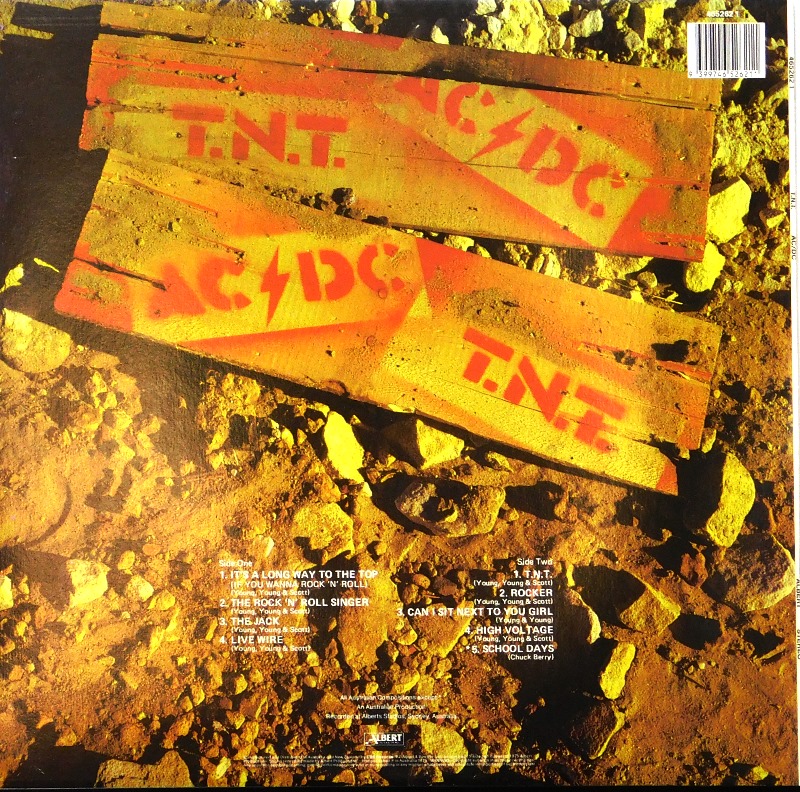 A stunning package both vinyl and gatefold cover in fantastic condition.

T.N.T. is the second studio album by Australian hard rock band AC/DC, released only in Australia, on 1 December 1975.

After the success of the single "Baby, Please Don't Go" and the album High Voltage, AC/DC returned to Albert Studios in Sydney to record their second LP with producers George Young and Harry Vanda. George was the older brother of guitarists Malcolm Young and Angus Young and had enjoyed his own success in the group the Easybeats. T.N.T. marked a change in direction from AC/DC's debut album, High Voltage, which was released on 17 February 1975; whereas High Voltage featured some experimentation with the styles of its songs and had a variety of personnel filling multiple roles, T.N.T. saw the band fully embrace the formula for which they would become famous: hard-edged, rhythm and blues-based rock and roll. They also simplified their personnel system and would use it from then on out, which was Angus strictly playing lead guitar, Malcolm Young playing rhythm guitar, and the drummer and bassist being the only ones to play drums and bass guitar respectively on the albums. In Murray Engleheart's book AC/DC: Maximum Rock & Roll, producer Harry Vanda states, "I suppose there might have been one or two tracks on the first album, a few things that they were experimenting with, which probably later on they wouldn't have done anymore. So I suppose you could say that T.N.T was the one that really pulled the identity; like, this is AC/DC, there's no doubt about it, that's who it's going to be and that's how it's going to stay."

In Clifton Walker's 1994 book Highway to Hell: The Life and Times of AC/DC Legend Bon Scott, bassist Mark Evans speaks about the band's creative process during this period:

Malcolm and Angus would come up with riffs and all that, and then we'd go into the studio. Malcolm and George would sit down at the piano and work it out. Malcolm and Angus would have the barest bones of a song, the riff and different bits, and George would hammer it into a tune. Bon would be in and out when the band was recording backing tracks. Once the backing track was done, he would literally be locked in the kitchen there at Alberts, and come out with a finished song.

"It's a Long Way to the Top (If You Wanna Rock 'n' Roll)" was edited down from an extended jam by producer George Young and the inclusion of the bagpipes was his idea to add an extra dynamic to the track. Singer Bon Scott had played in a pipe band in his teens, so George suggested he play bagpipes on the song, not realizing that Scott had been a drummer, not a piper. Regardless, Scott – who knew how to play the recorder – learned the instrument and went on to play them on stage with the band up until 1976, when he set the bagpipes down on the corner of the stage and they were destroyed by fans. For the next three years, whenever they played the song live, Angus would play an extended guitar solo. Chanting in "T.N.T." was also George Young's idea, added after he heard Angus ad-libbing the "oi" chant to himself, and suggested he record it.[2]