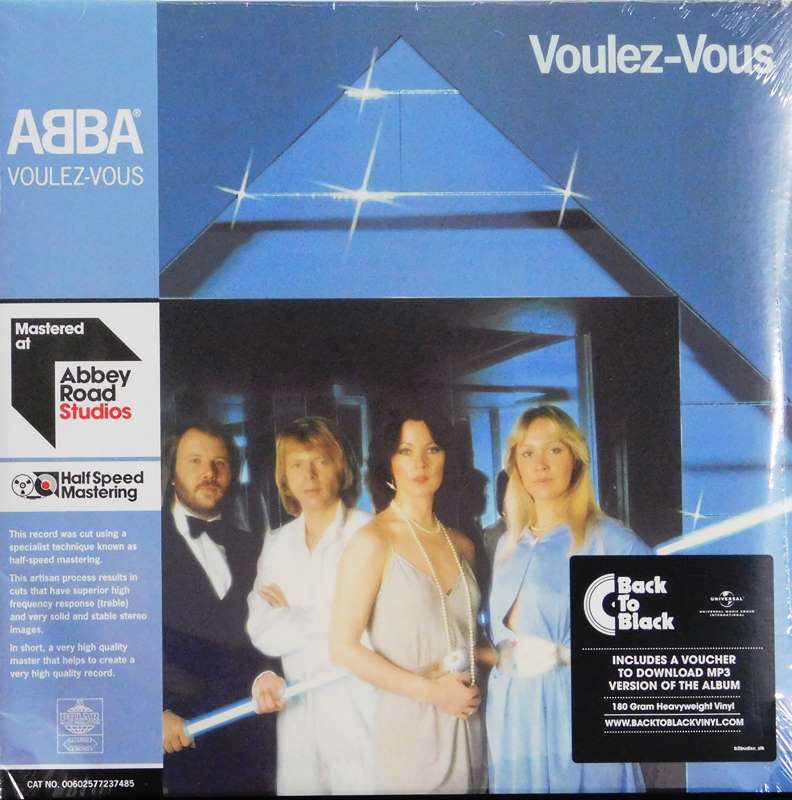 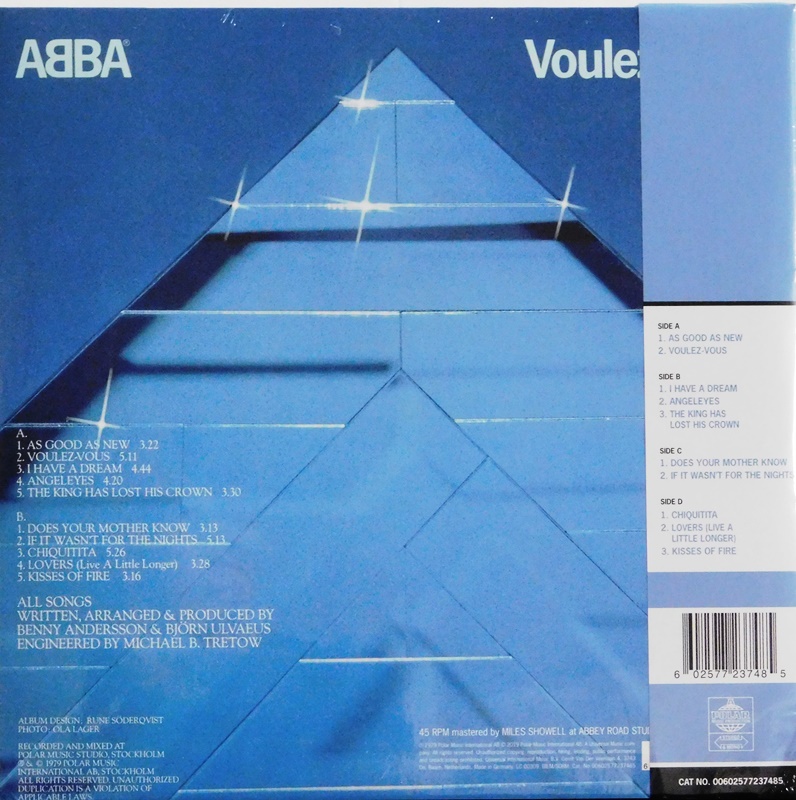 Mastered At Abbey Road Studios - Half Speed Mastering – , Back To Black

Voulez-Vous (pronounced [vule vu]; French for "Do you want?") is the sixth studio album by the Swedish group ABBA, released in 1979. It features a number of hits such as "Chiquitita", "Does Your Mother Know" and "I Have a Dream" and showed the group embrace disco music, which was at its peak at the time. The album peaked at No.1 in a number of countries and was one of the top five-selling albums in the UK for that year.

Voulez-Vous was first released on CD in 1984. The album has been digitally remastered and reissued four times; first in 1997, then in 2001 and in 2005 as part of The Complete Studio Recordings box set, and yet again in 2010 for the Voulez-Vous Deluxe Edition.