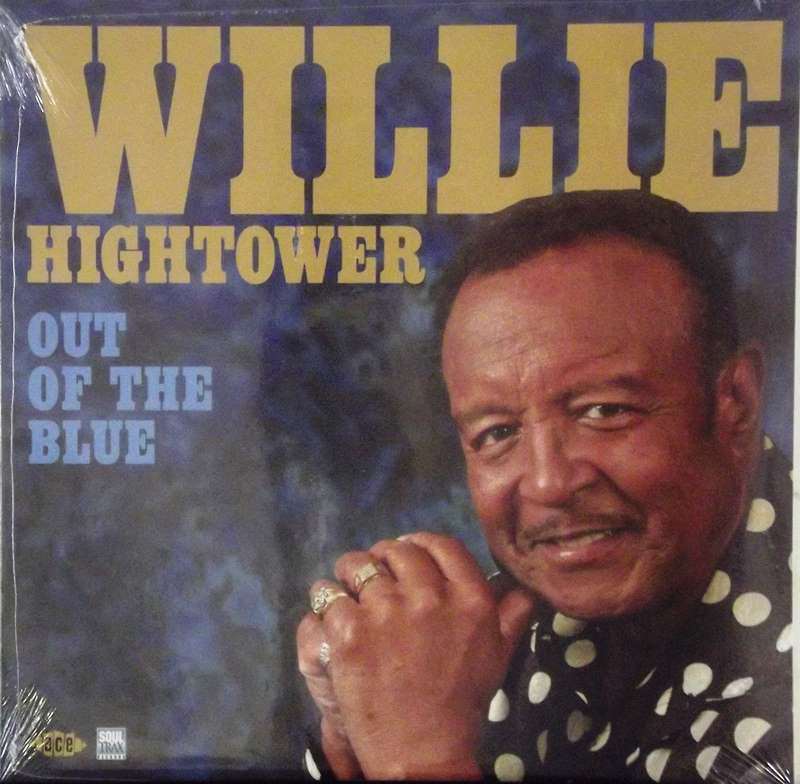 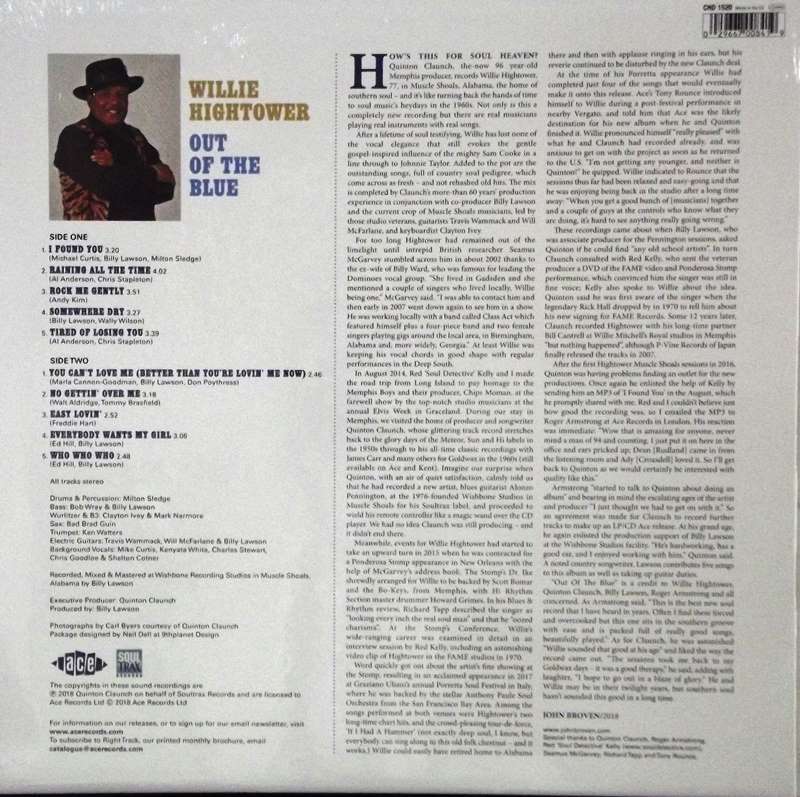 Out Of The Blue

Ace Records and SoulTrax Records are proud to announce the release of a brand new recording involving two of soul music’s most distinguished legends.

Quinton Claunch produced James Carr’s Goldwax recordings in the 1960s, regarded by many as the epitome of Southern Soul. Quinton hasn’t lost his touch in picking material and overseeing this record by Willie Hightower.