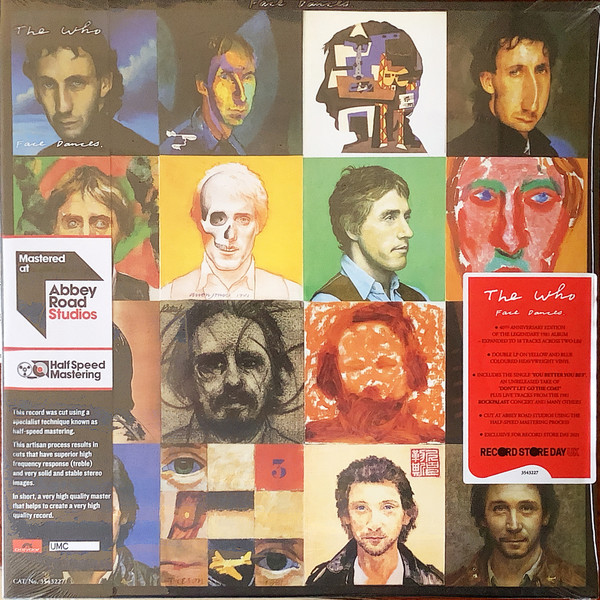 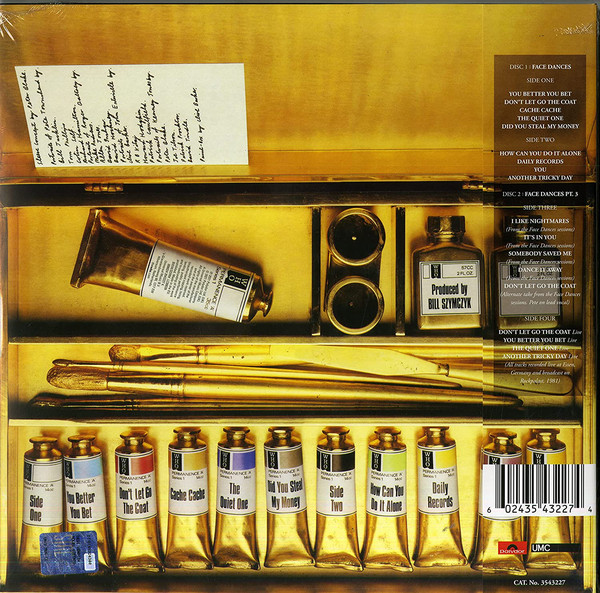 Face Dances is the ninth studio album by British rock band The Who, originally released in March 1981 via Polydor Records.

Face Dances was the first Who album without drummer Keith Moon, who died of an shortly after the release of their previous album, Who Are You in 1978, and features new drummer, Kenney Jones.

In spite of this fracture in personnel integrity, Face Dances is a very good album. Jones holds his own with the musical virtuosos in the band, guitarist and primary songwriter Pete Townshend and bassist John Entwistle, and the material is strong and up-to-date while maintaining some of the signature qualities that make The Who, The Who.

Although the band was far removed from their days of rock operas and complicated theme albums, the material flows along a consistent vibe that is at once deep and a bit comical, but always strong and forward. It is a credit to their ability to adapt to changing times and changing tastes in the music world.

The comical trait is obvious right from the start with “You Better You Bet”, an entertaining mini-suite with complex chord structures that flow together along a silky smooth narrative. “Did You Steal My Money?” is another near frivolous song with a fantastic performance from Daltry.

As usual, Townshend’s songs are introspective and, to a lesser extent, philosophical. “Don’t Let Go the Coat” was inspired by guru Meher Baba (who was partially responsible for the title to the song “Baba O’Riley” a decade earlier), while “Cache, Cache” was a literal telling of Townshend’s ill-fated, one day retirement from the music business. Entwistle contributes a unique original with his own raspy vocals and near-heavy-metal sound with “The Quiet One”. The second side of the album contains lesser known but strong songs throughout , highlighted by “Daily Records” and “Another Tricky Day”.

Although Face Dances is not quite Who’s Next or Quadraphenia, it is a solid record and important in the band’s rebound following the tragic death of Moon.

The album cover of Face Dances features sixteen square paintings (four of each band member) that were commissioned by artist Peter Blake (of Sgt. Pepper’s Lonely Hearts Club Band album cover fame), who enlisted many British artists of differing styles (including himself) to make this unique cover.

Check out the tracks: “You Better You Bet” and “Don’t Let Go The Coat”.

This LP with remastered audio and reproduced artwork is pressed in Europe on 180 gram heavyweight vinyl.