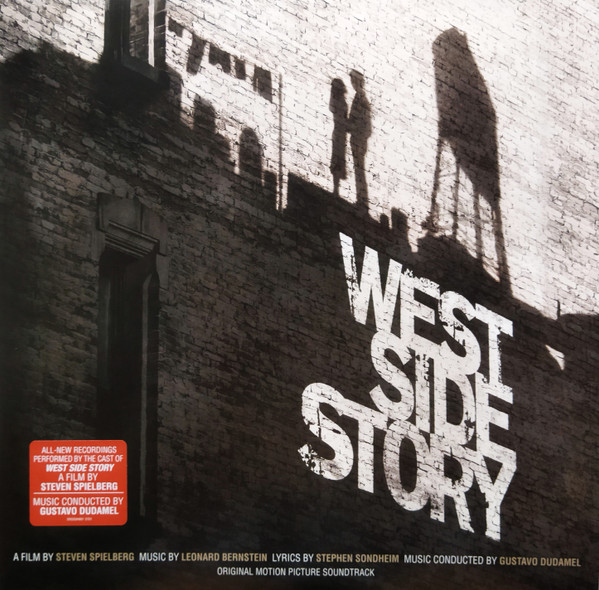 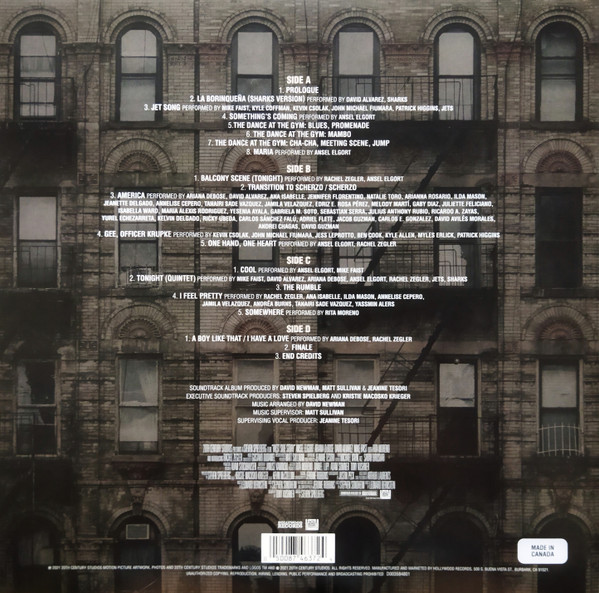 West Side Story is the soundtrack album to Steven Spielberg's 2021 film adaptation of the musical of the same name, produced by 20th Century Studios and Amblin Entertainment. The album features music by Leonard Bernstein and lyrics by Stephen Sondheim, with vocals from the film's ensemble cast including Ansel Elgort, Rachel Zegler, Ariana DeBose, David Alvarez, Mike Faist and Rita Moreno, who played Anita in the 1961 film adaptation and plays Valentina (a reworked version of the character Doc) in this film.

Composer David Newman arranged and adapted Bernstein's original score for the film, incorporating a number of alterations originally made to Bernstein's Broadway score by Johnny Green for the 1961 film (e.g., interpolation of the "Cool" fugue motif into the "Prologue" and the extended trumpet solo in "Mambo"). Gustavo Dudamel conducted the New York Philharmonic during the film's recording sessions in 2019, with additional recording by the Los Angeles Philharmonic done during the COVID-19 pandemic the following year.[3] Jeanine Tesori served as vocal coach, while frequent Spielberg collaborator John Williams served as music consultant.[4][3] The film's version of "Tonight", sung by Rachel Zegler and Ansel Elgort, was released as a digital download single on December 1, 2021.[5][6]

Alongside the soundtrack, "re-imagined" pop covers were also produced, including "Another Day in America" by Kali Uchis and Ozuna, which was released as a single on November 26, 2021 by Interscope Records.[7]